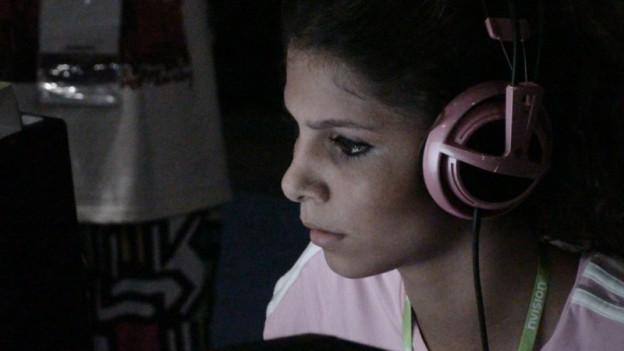 The past two days have seen something incredible. Hundreds of women games developers, journalists and culture commentators have poured out their anxieties, passion for their craft and how there are some in the industry and culture who make them think about leaving it all behind.

It began with a simple question: “Why are there so few lady game creators?” Luke Crane, described by his Twitter profile as Kickstarter’s Games Project Specialist and a roleplaying games self-publisher, asked this on Monday. Answers quickly came in: Meguey Baker of Night Sky Games responded “Access to time [and] tools to create, and confidence in one’s voice/vision.” Holly Gramazio of Hide&Seek also cited confidence, writing “[In my experience] women are less confident about an idea being enough to make a game, and less likely to suggest that it could be.”

Elizabeth Sampat, a designer at John and Brenda Romero’s Loot Drop, gave an answer which brought the underlying issues to the conversation. “My bet is a lot of ladies with design ideas don’t make it past every small discouragement.” When Luke Crane asked why more boys overcome those small discouragements, pen-and-paper designer and writer Filamena Young suggested “Boys are socialized to pursue while girls should demur” and related a few examples of bad experiences she’s had, ending each tweet with the hashtag #1reasonwhy.

“When I first started playing DnD, I wasn’t allowed to look at the book. Not kidding. #1reasonwhy”

“When it comes time to talk about new, exciting games and designers, I may be left out because I ‘whine’ too much. #1reasonwhy”

“Because conventions, where designers are celebrated, are unsafe places for me. Really. I’ve been groped. #1reasonwhy”

Hundreds of games industry women and women gamers followed suit and, taking up the tag, tweeted their own negative experiences around the culture and their reaction to it. Many women talk of how the AAA industry goes to lengths to exclude them with over-sexualised images and encouraging a ‘dudebro’ culture around games. They decry being treated as a ‘niche’ audience and an after-thought in development and marketing. There are stories of creators being ignored, designers being taken constantly for secretaries, of pervasive sexism and ‘jokes’, of brilliant people who are frightened away from the work they love because of constant harassment and dismissal, even outright sexual assaults.

It should go without saying that there are good places to work and some women report never having experienced treatment like others report. #1ReasonWhy was also contributed to by many men expressing shock and dismay at the things that happen to their friends and coworkers and declaring solidarity. But the fact that these things happen at all and are apparently so pervasive cannot be ignored or left alone.

Because all of this has a terrible impact upon the happiness of our friends, coworkers and upon the quality of the games we ultimately get to play. Mistreatment which leads women – or members of racial, gender, sexual or cultural minorities – to avoid entering the industry, actively excluding people or ignoring their ideas reduces the range of mechanics we can create, the stories we can tell and results in the same bland, regurgitated experiences time and time again. Yes, novel and different games may still get made but they will not get nearly so much time, attention and polish you will never hear about them.

Women, like their male co-workers, are in this industry because they LOVE games. Another hashtag #1ReasonToBe is filled with reasons they entered the industry and why they go to work every day. There are programmers, designers, writers, community managers, artists and producers who wouldn’t be doing anything else than this.

So what’s being done about it? Just talking about this is a great start because people with the power to change things are listening. There were many games developers watching the feed, seeing retweets and realising that there may be women around them suffering the same attacks and frustrations. Some will consider if they themselves have hurt those around them, or can prevent others from doing so.

Best of all, there have been dozens, maybe hundreds of women games developers who have learned about and made contact with others like them. Through the #1ReasonMentors hashtag and Women in Games Jobs experienced industry members and less-experienced/student games makers find each other for mentoring/advice.

There is so much more that could be said, so many more stories untold and victims suffering in silence or who ‘escaped’ from the work their love. A great many of those women who have spoken up prefaced their tweets with ‘I am almost too scared to say this but…’ . I just hope that, in reading this and reading #1ReasonWhy, you learn: there is a problem with misogyny and women not feeling welcome in this medium; you can do something to stop it; there are good people and companies who treat their workers with respect; and there is help available for those who ask for it.

Games are a wonderful thing. Let’s make sure everyone can keep playing without fear.