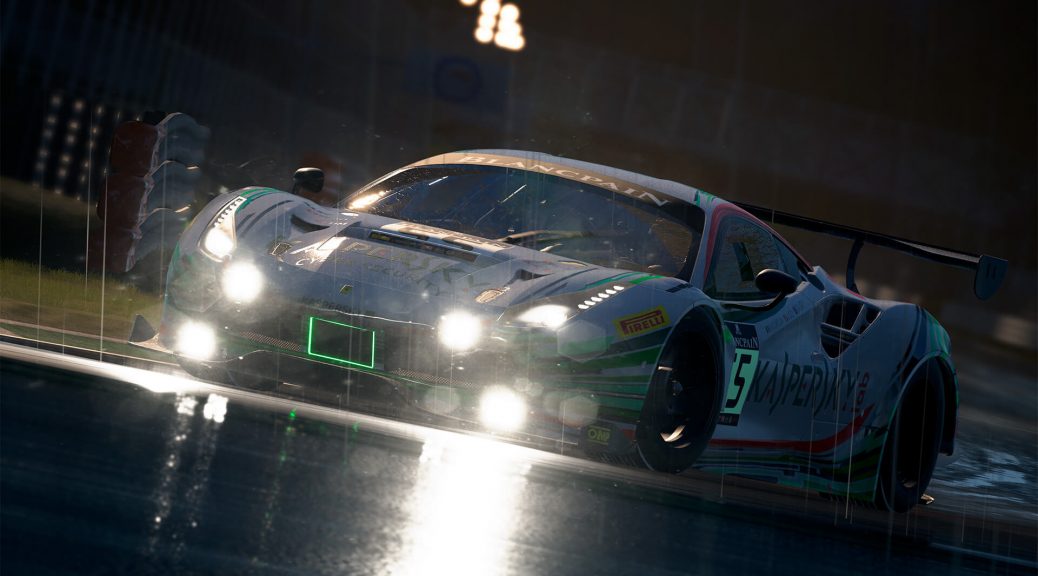 There’s a pleasant little surprise in the gaming world today as Kunos Simulazioni have unveiled Assetto Corsa Competizione, their new racer that will be the official game of the Blancpain GT series. Coming to Early Access this summer, you can expect a focus on e-sports in a game paying homage to one of the best racing series in the world.

There’s much more to the racing world than Formula One, and GT racing is one of the best, with the Blancpain GT series combining hour long sprint races, with endurance events ranging from 3-hours to the immense 24 hours at Spa. Cars from manufacturers like Mercedes-Benz, Bentley, Ferrari and Aston Martin, among many other racing classics, all take part in the series, with the eleven manufacturers all set to be represented in the game along with the official drivers, teams and circuits of the Blancpain series.

The official site details some of the focus Kunos are putting into multiplayer:

A well-structured ranking system will evaluate individual performance and driving behaviour to reward the most virtuous drivers and promote fair play in online competitions. The matchmaking function makes sure that you can compete with opponents of similar skill level and easily find online races to join, while the leaderboards will allow you to compare single-lap performance with virtual pilots from around the world with the same car, circuit and weather conditions.

Fear not, there will be a full singleplayer offering as well with a career mode sitting alongside championship and free play. Tutorials and driver aids should make the game fairly welcoming to those of us less inclined towards the hardcore simulation racing experience.

The handling in the original Assetto Corsa still gives me a warm fuzzy feeling inside offering a wonderful mix of simulation and ease of driving. While I probably won’t dare to venture online in Competizione, I am so pleased to see GT racing receive further exposure in a world which often acts like nothing exists outside of Formula One.