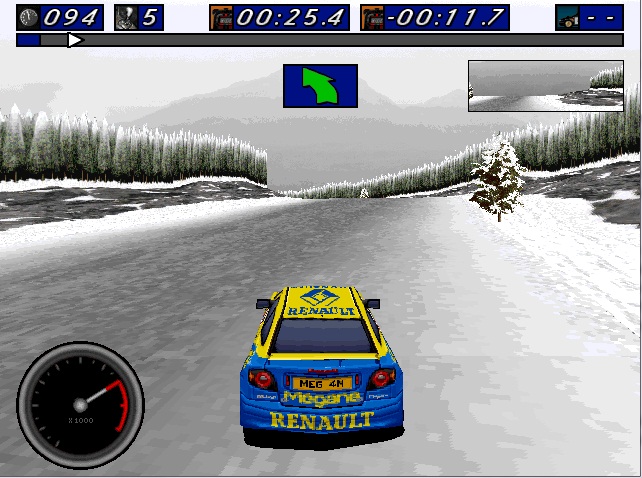 Many moons ago, back in 2011, I went on a journey to try and find a real rally game to dive into and spend some time with. Seven years ago, my quest to find a rally game that I could really enjoy ending up taking me back to 1996 and the classic, Network Q RAC Rally Championship, complete with the classic 36 miler, Pundershaw. We have come a long way since the dark days of 2011 where the only rally games worth looking at on the market were DiRT 3 and that year’s officially licenced World Rally Championship game. Neither were much good, either for being a rally game, or presenting this motorsport discipline as it deserves. We are fortunate now to have a much better choice of racers to dive into.

While the choice has improved, sadly, there still aren’t that many dedicated rally games out there. Yes, Gran Turismo Sport has some rally action, while the Forza Horizon games have plenty of off-road activities, but neither offer a proper rally mode. Certainly, they haven’t really embraced rallying since the original Forza Horizon had a rally focused expansion. It means we’re left with three to choose from; two from Codemasters and one from Kylotonn.

DiRT Rally is perhaps the highpoint for Codemasters rally games since the original Colin McRae DiRT. It came out in 2015, originally in Early Access, and I was pretty impressed with it back then, and regularly clocked more time in it as it progressed through Early Access and to full release. It was a tough bastard, totally throwing away the whiffy handling of DiRT 3 and Showdown, along with binning off the extra-curricular activities. This was, and still is, a proper rally game with just a hint of RallyX and hill climb added to sweeten the deal. It might ultimately lack the breadth of locations found in the official games of the World Rally Championship, but with classics like Col du Turini in Monte Carlo, and Sweet Lamb in Wales, you can’t go too far wrong. You certainly can’t fault the collection of cars to get behind with many classic historic rally cars, up to the modern breed.

Oh Codemasters, after the pure wholesome joys of DiRT Rally, things went a bit off course with DiRT 4. It was released last summer to great hype and anticipation, but ultimately came off as a bit of a damp squib. The pre-release excitement was built upon Codemasters promise of an unlimited variety of stages across America, Australia, Spain, Sweden and Wales thanks to a random stage generator. Known as Your Stage, you could put in some pre-defined characteristics you wanted the stage to follow, and then you would be able to race it. It was great in theory – everyone wants more stages to race on in these games.

Unfortunately, in practice, it wasn’t that great. Each stage might be entirely different, but they were all made from the same combination of corners. Seeing the same hairpin five times on one stage is a bit of a mood killer. It was a great shame, as DiRT 4 has a very enjoyable career mode, much more involving than DiRT Rally, and avoided going too far beyond scope with Land Rush and RallyX appearing, but not dominating unnecessarily. Handling was decent overall, but really, the stages are what let this one down.

WRC 7 is perhaps the best current rally game on the market. Benefitting from the official World Rally Championship licence, it features the new breed of WRC car that launched in 2017, ensuring any car aficionados have the latest, and best, toys to play with. All the stops from the WRC are present and correct, and the variety of stages is much improved over the old Milestone developed versions of the series where you might get three, short, original stages to race on, then the same being reversed. WRC 7 has greater variety, there are of course reversed stages, or second visits to a stage during career mode, but it all feels more balanced with how the real championship plays out. The grievance that could be held against it is that while most rallies have an endurance stage featuring up to 20km of action in some instances, you find this long stage being split up for the other stages in each country. But, with each stage being uniquely created, you don’t see the same repetition as in DiRT 4.

The career mode is substantial, offer a route from Junior WRC to WRC 2 up to the big dogs, while if you hit performance targets at each stop in the championship, this can potentially lead to better offers for the next season. If e-sports is your thing, WRC 7 is also the home to season three of the WRC sponsored tournament.

What does the future hold for rally games? There will doubtless be another officially licenced WRC game from Kylotonn later this year, I’m keen to see what improvements they will have to offer over WRC 7. Codemasters meanwhile seem to be moving away from the real rallying world, with the new title, Onrush, taking a more action/arcade racer style than what they have worked on before.

More intriguingly is Dakar 18 from Bigmoon Entertainment, the Dakar is an endurance, cross-country rally in South America. While it has a different structure to the WRC, it should offer a refreshing twist on what we have seen before; navigation across an open world environment is sure to be essential to winning this legendary event. Bigmoon have the official licence for the Dakar rally, this will certainly be one to watch this year for any rally fan.