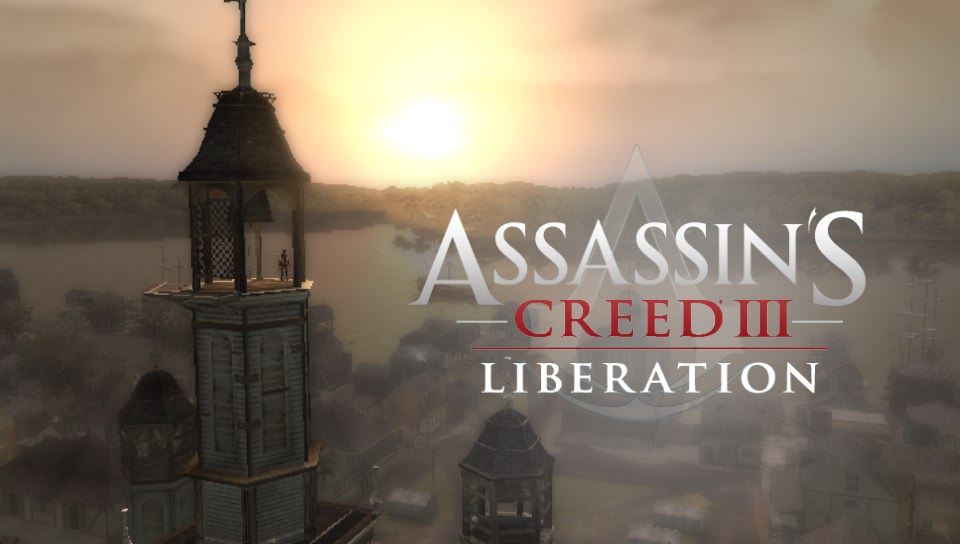 If there is one thing you will need if you purchase Assassin’s Creed: Liberation, it will be patience. Patience to put up with some awful implementation of special Vita features such as the rear camera, motion sensitivity and even the touch screens. At heart, it is a pleasant take on the Assassin’s Creed series, complete with viewpoints to synchronise, weapons to buy and some Animus fluff.

In the interests of full openness, I will admit that I haven’t completed the game, rather I am stuck on the puzzle that you can see in the image above which comes across about halfway through the game. This should be an easy puzzle, you just need to get the ball into the centre of the moving table. But, rather than let you move the table with one of the analogue sticks, or even the touch screen, you move it my moving the Vita itself. Fundamentally this isn’t an easy proposition has been implemented so poorly that most of the time I had to tilt the console so the screen was facing away from me to get the ball moving in the right direction. Of course, not being able to see the screen means you don’t actually know where the ball is leading to missing the gap to get the ball to the next sequence.

Another example of terrible puzzle implementation comes with secret messages which you can decode. To open these messages you have to swipe across the top of both touch screens at the same time, a bit of an awkward manoeuvre to carry out. You are then meant to hold the rear camera to a bright light to allow you to twist a dial on the touch screen to decode the message. Holding the camera to a window didn’t work, my PC monitor didn’t work, and even holding it front of a light didn’t work. The best way to get it to progress to the next stage of decoding? Hold the Vita in the palm of your hand, and twist your wrist around in every direction until you hear a chime to indicate progress.

This isn’t the last place where Liberation falls down because of needless implementation of funky Vita mechanics. To pickpocket you need to set your target by tapping on them with the front screen, approach them, hold the left shoulder button and then repeatedly rub in a downwards motion on the rear screen. I found it easier to attack the people I was meant to pickpocket and simply loot their bodies. One last gripe, canoeing is awkward as sin. You are able to use the buttons to control your paddling speed (don’t bother with the touch screen controls), but directing your craft with the analogue stick is hopeless with any slight movement sending you miles of course.

Onto the good stuff then, you take control of our heroine Aveline living in late 18th Century New Orleans as a member of the Assassin’s Order trying to uncover some conspiracy involving the French and Spanish rulers of the city. Interlinked with this, you are trying to find out more about your missing mother while also running a shipping business on the side. Honestly, the story isn’t all that gripping at first, but after a few hours hours you will start to get into it. Sadly, you will also encounter character known as Citizen E which is part of the Animus/Abstergo bits which surround the entire the series like a bad shadow.

Something I especially enjoy about Liberation is the different personas Aveline can use, each of which have different abilities. As the daughter of a wealthy land owner, Aveline has a Lady Persona, here she can’t do any fancy climbing and is limited to sneaky attacking options such as with a parasol rifle. There is a Slave persona, essential when you travel to Mexico, with the Slave outfit you can climb everywhere, but your weapons are somewhat limited once more. However, you are able to blend in with other slaves in the game by sweeping the floor or chopping wood. It is a convenient way to blend in with the crowd and avoid suspicion. Finally there is the Assassin Persona which lets you do everything you would expect with all the weapons available along with the free running, however guards are always more suspicious when you are wearing this costume, it helps to keep your head down when in it.

Combat is much more challenging than in the main series (not counting AC III which I haven’t played yet), you aren’t able to simply counter strike you way through hordes of guards, so the sneaky approach definitely pays off and is much more satisfying to do thanks to the more challenging hand-to-hand combat. Some of the missions are really quite enjoyable, sneaking onto a Spanish ship to destroy it and setting up an ambush for a Spanish Governor proved to be very rewarding.

The open world of New Orleans is also very impressive considering it is being demonstrated on a handheld device, it is quite a large area with a few areas which have a distinct artistic design. Explore the docks as the Lady and you will be subjected to attempted muggings, while the Slave will get barely a second glance. It all works well, but lacks the grandstanding of its console brethren.

Liberation is a fairly enjoyable game, let down by some awful use of the Vita’s various features. It shows that stand alone titles, rather than cut down rips of the main console versions of a series can work, it is just a shame that some of the systems let it fall down a bit. If you own a Vita, and are looking for a very well crafted AAA adventure experience, I would guide you towards Uncharted rather than Liberation. That isn’t to say it is a bad game, just a bit average while a few changes could have made it work so much better.