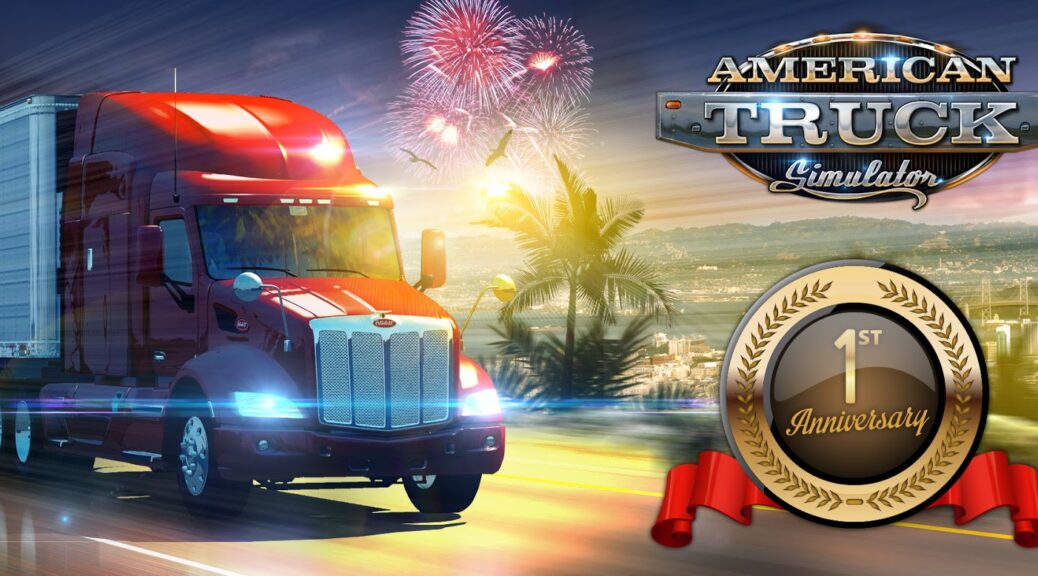 Since I last talked about the latest American Truck Sim goings on in December, I have actually spent some time with the game, and have learnt to appreciate the elegance and simple joys that come with the Truck Sim games. The American adventures I’ve had so far have been a pleasure, the whole game seems more diverse, and the trucks the Yanks use are just beasts when compared to our puny European models. The good news is that the boys at SCS Software aren’t resting on their laurels, and are pushing on, straight to New Mexico.

New Mexico will add a whole load of gameplay east of Arizona, and is bound to be fantastic, even if I would have preferred a northern push to Oregon and, ultimately, Washington. Despite my personal preferences, I am so happy to see that SCS are in a position to continue developing the game, and even expand their company. From humble beginnings with the 18 Wheels of Steel franchise, to European domination with European Truck Simulator 2, it is amazing to see where the team are now. They are doing so well that they have twenty people working full-time just on ATS, let alone the other team members working on ETS2 and their World of Trucks social hub.

At this moment, over 20 people focus solely on ATS development; an internal team plus a network of full-time contractors. Still it is not enough. We are well aware that the game’s fans would like to see more content, more vehicles, more game features, more optimizations, faster progress. To make this possible, we keep growing the company – our vision is to at least double our production bandwidth for both American Truck as well as Euro Truck 2. We have been adding a few new people to the company pretty much every month during 2016, and we’ll definitely keep on growing through 2017. All this new talent does and will make a difference that you should definitely notice.

In more, slightly late, news, ETS2 was the winner of two inaugural Steam Awards, winning the “Sit Back and Relax” award  and “I Thought This Game Was Cool Before It Won An Award”. It’s a testament to the enduring support that ETS2 receives from SCS that a four year old game was able to win these awards. Well done! There’s not much more to reveal about the New Mexico expansion, but you can find some screenshots on the SCS blog.