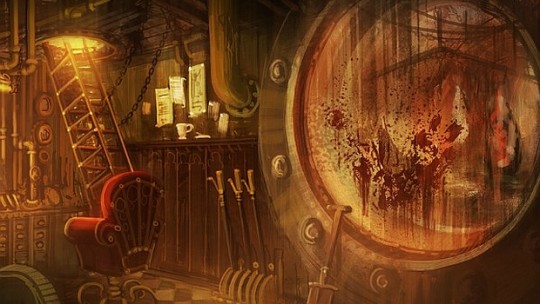 Frictional Games’ Jens Nilsson has emerged from the horrific realm of dreams, shadows and endless screaming to announce news of their latest installment in the Amnesia saga.

Speaking on the official Frictional Games site, Jens revealed that The Chinese Room, developers of the mysterious Dear Esther have completed their work on Amnesia: A Machine For Pigs. Whilst Frictional still have work do before their horror is ready for final release, Jens is optimistic for a Q2 release for 2013.

“Some work is still left to be done. We are testing, tweaking, optimizing, porting, translating and all those things that are part of the process of creating and releasing a game. Currently we are looking at a release around Q2 2013.”

Personally, I can’t wait for Amnesia: A Machine For Pigs. Dear Esther  was an experimental yet remarkably etherial experience that achieved a great deal of atmosphere. Equally, the slow-burning terror of the original Amnesia stands proudly above its peers as an example of horror done right. You don’t need constant gore, jump-scares or QTEs to terrify, just the confidence to sit back, plant a few ideas and let the player scare themselves to death.

What happens when the minds between the two get together to form a horror experience? I don’t know, but I’m looking forward to finding out.