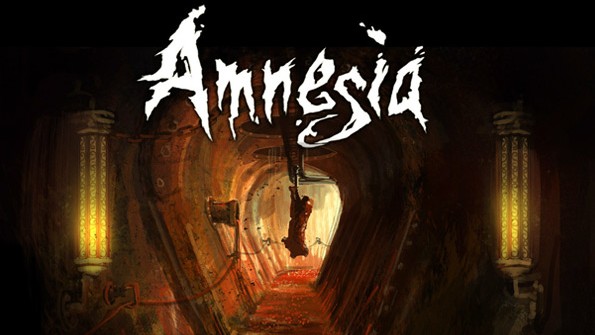 In celebration of Halloween festivities, The Chinese Room have released a new trailer for their upcoming horror, Amnesia: A Machine For Pigs.

In our Halloween special, Lily summed up everyone’s feelings about the previous entry in the series – “Blood-chilling dread. Mindless, animal terror. Incomprehension and disbelief of the senses, resolving in creeping realisation of the sickening truth.” It’s the kind of game that makes grown men cry, and here at the Reticule we’ve been following developments on its sequel with great interest.

Exchanging the dank castle environments of the Dark Descent for the smog-filled streets of a pseudo-Victorian London,  A Machine For Pigs looks remarkably different to the previous title. Over sixty years have passed since the sinister developments at Brennenburg Castle, and although A Machine For Pigs is not a direct sequel, it takes place in the same mysterious and Lovecraftian world. Based on the trailer, the game promises to retain the same oppressive atmosphere and terrifying moments of pure fear that made Amnesia: The Dark Descent such a popular title.

PC Gamer’s Marsh Davies conducted an interview with Dan Pinchbeck, creator of Dear Esther and developer of Amnesia: A Machine For Pigs. It’s a fascinating read, and the attitude of ‘if it isn’t broken, don’t fix it,’ towards their new title fills me with promise for their next hellish release. Read it here.