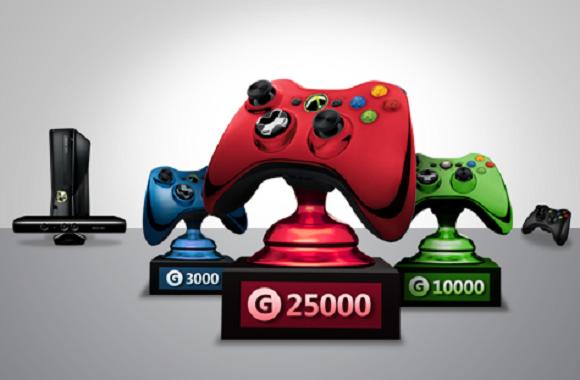 There used to be a time when I loved the unique chime that sounded as an achievement popped, a time when I would battle through a game on the hardest settings just to hear it ring out and feel the sense of accomplishment as X amount of gamerscore accumulated into my total. Alas, the novelty of achievements have long since passed me by an now they serve only to annoy and distract me from immersion in a game.

I swear with every day that passes I feel like I’m turning into a grumpier, more critical version of myself. Always talking about how I enjoyed things more when I was younger and how I wish I could change them for the better. Achievements have now become just one of those things for me, to the point that I feel they regularly detract from my enjoyment of a game. I don’t need an achievement to tell me that I’ve accomplished story completion or that I pulled off a lucky kill by assassinating an elite from a 200m jump. The enjoyment is there to be had regardless and the fact that developers have to point out the ‘best bits’ of games by tagging them with achievements feels cheap in the same way that you went to see that one movie because the trailer looked great but they ended up being the only good parts of the whole film.

What’s worse is the whole nature of achievements mean that they have the potential to reveal (and spoil) major aspects of a game to someone before they’ve even played it. More recently this has happened with Metal Gear Solid: Ground Zeroes and Dark Souls 2 but the practice of revealing plot details in the words of an achievement has long been around. I understand why some gamers love achievements and in turn why developers put these achievements into their games. But if they have to be there wouldn’t it be better for everyone if they were all made secret? Imagine starting a game not knowing anything about it, no gameplay, no interviews, no reading of achievements, just the naked experience of playing a game for the first time and discovering what it has to offer. I for one think that would be brilliant, but the way the media and gaming industry operate these days it’s almost impossible to actually accomplish this, at least for the larger AAA games.

Microsoft have recently pushed the achievement system to the ‘next-gen’ of annoyance by introducing non-game achievements to the Xbox One. These include such things as viewing a certain number of films in a certain time frame or rating content after using it. It almost feels as if the technology behind Kinect was pushed a step further version 3.0 could have the potential to have our whole lives encapsulated by digital achievements through motion tracking. That’s the direction I sense Microsoft are heading with this and how strongly I feel it’s a bad idea.

But this can’t just be the botheration of one sour faced gamer, surely there are more of you who share in this annoyance? Or maybe you love achievements and always will. Share your pain or elation in the comments section below, where we will decide the larger public view.

4 thoughts on “Are achievements spoiling your enjoyment of games?”