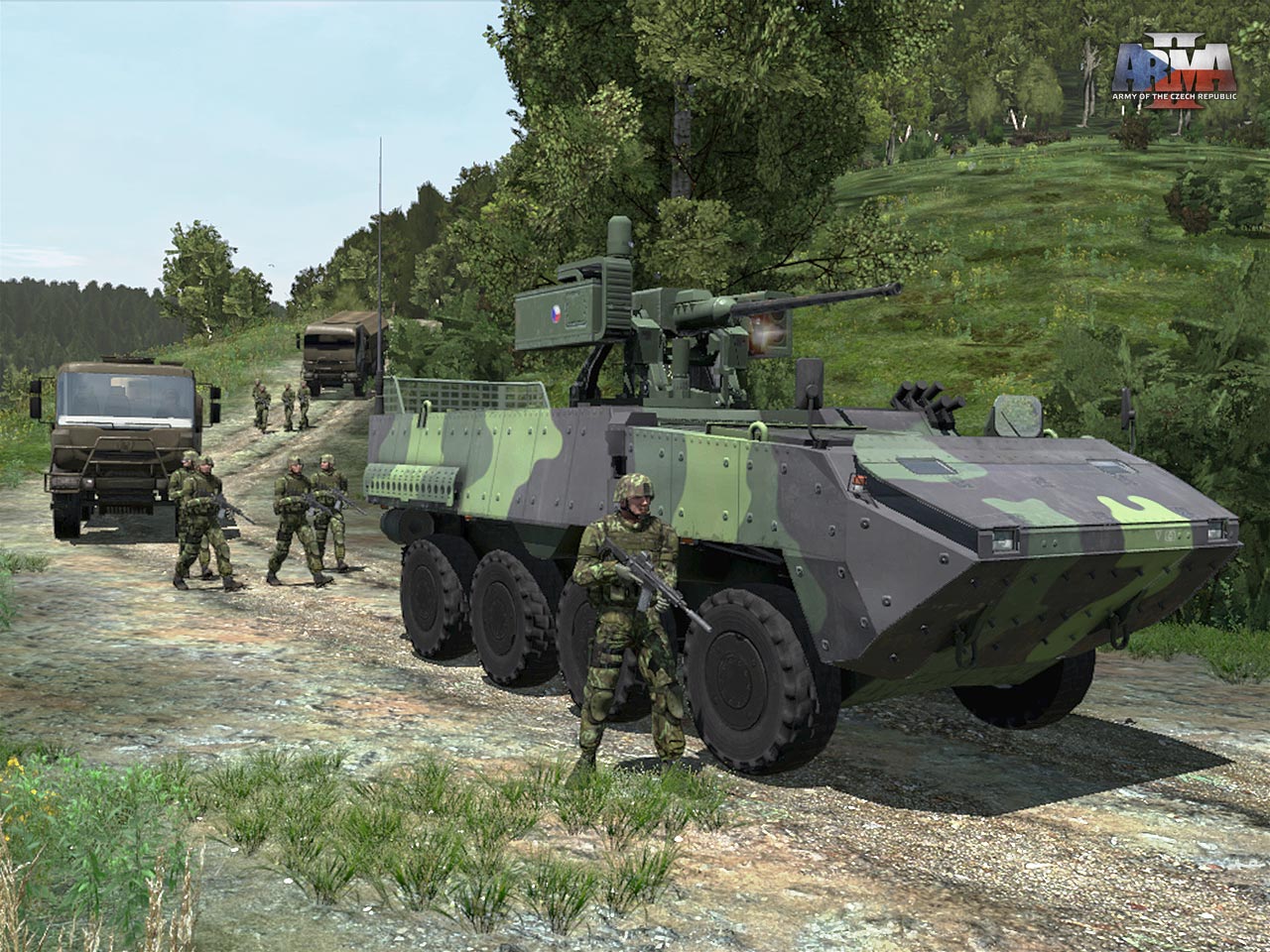 PRAGUE: The ARMA forces, led by the Interactive Bohemian Forces, are soon to expand into the regions of Bystrica and Bukovina, Czech Republic. Military experts and international observers expect them to bring new weapons and vehicles to the conflict. Our reporter has the latest from the front. UPDATED.

The expansion, slated for release in Q3 (July-September) this year, will include a whole new 15-mission single-player campaign and associated scenarios and two locations  based upon the Czech regions of Bystrica and Bukovina in the summer time. It will come with a bunch of modern weapons – such as the new Skorpion EVO III sub-machine gun and CZ-805 BREN assault rifle – based upon those made by real-world firearms company Česká zbrojovka and vehicles including the Aero L-159 multi-role jet and the APCs Pandur II and Dingo. Mark Spanel, CEO of BI, wrote “We’re very happy for the opportunity to bring this fantastic DLC which focuses exclusively on our home army, the Army of the Czech Republic. We want to use this opportunity to pay tribute to all those brave Czech soldiers who are risking their lives in service around the world.”

Should this sound like your glass of Becherovka, ARMA2:ACP is now available for pre-order for as little as €9.99 (or £8.08/$12.42 at time of writing) from BI’s store. That seems like a good deal to me. You will of course need ARMA2: Operation Arrowhead or ARMA2: Combined Operations to play.

One thought on “ARMA II Expanding Into The Czech Republic”