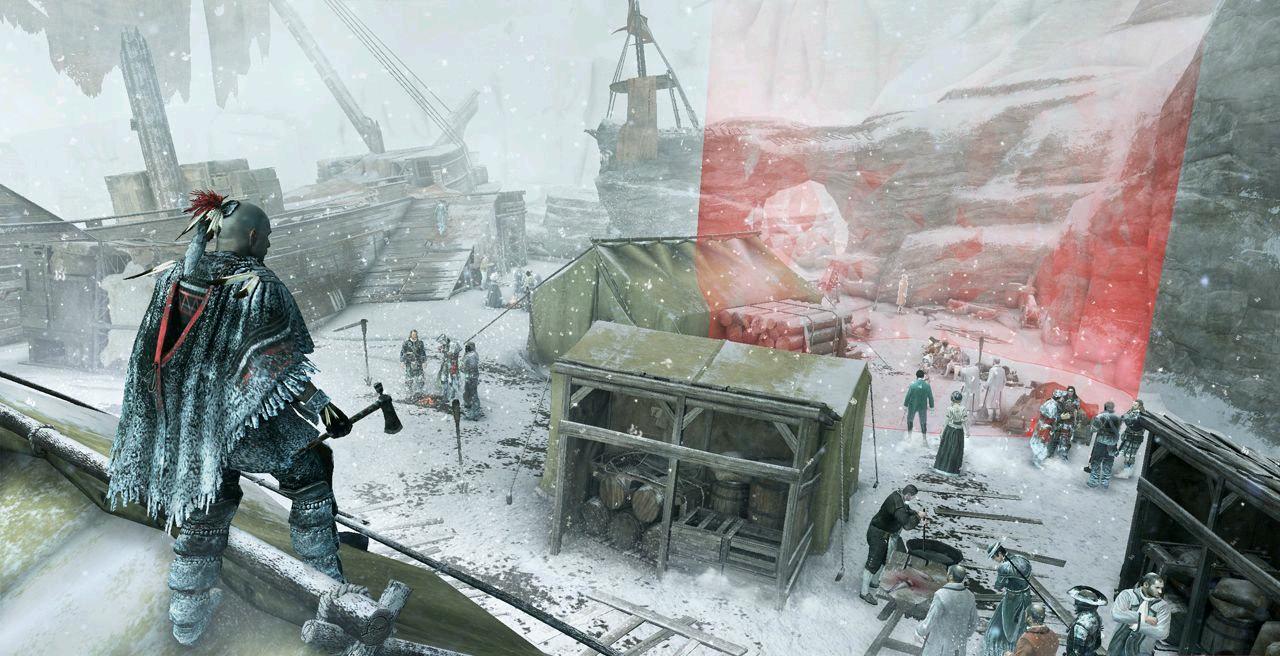 Ubisoft’s upcoming release, Assassin’s Creed 3, now has its very own multiplayer trailer explaining many of the details you should expect upon release in just under two weeks time. The trailer shows the ins and outs of everything from location of the maps, to character classes and abilities available to you on the battlefield. It also gives us the first information on the new co-op game types named Wolf Pack and Domination.

The narrator goes on to say:

In wolf pack enemies found throughout the map must be killed and eliminated before time runs out, or you yourself will perish. In Domination however, teams work together to capture territories and defend them from their enemies in order to claim victory over the land.

The trailer also makes it clear that each map location will vary in appearance as the weather changes. One scene shows what the same map looks like with three different types of weather conditions.

Multiplayer was a surprise success and enjoyment for me and many others in Assassin’s Creed 2. It really looks as if Ubisoft have gone all out to build on that success and improve and refine the multiplayer as much as they can this time around.