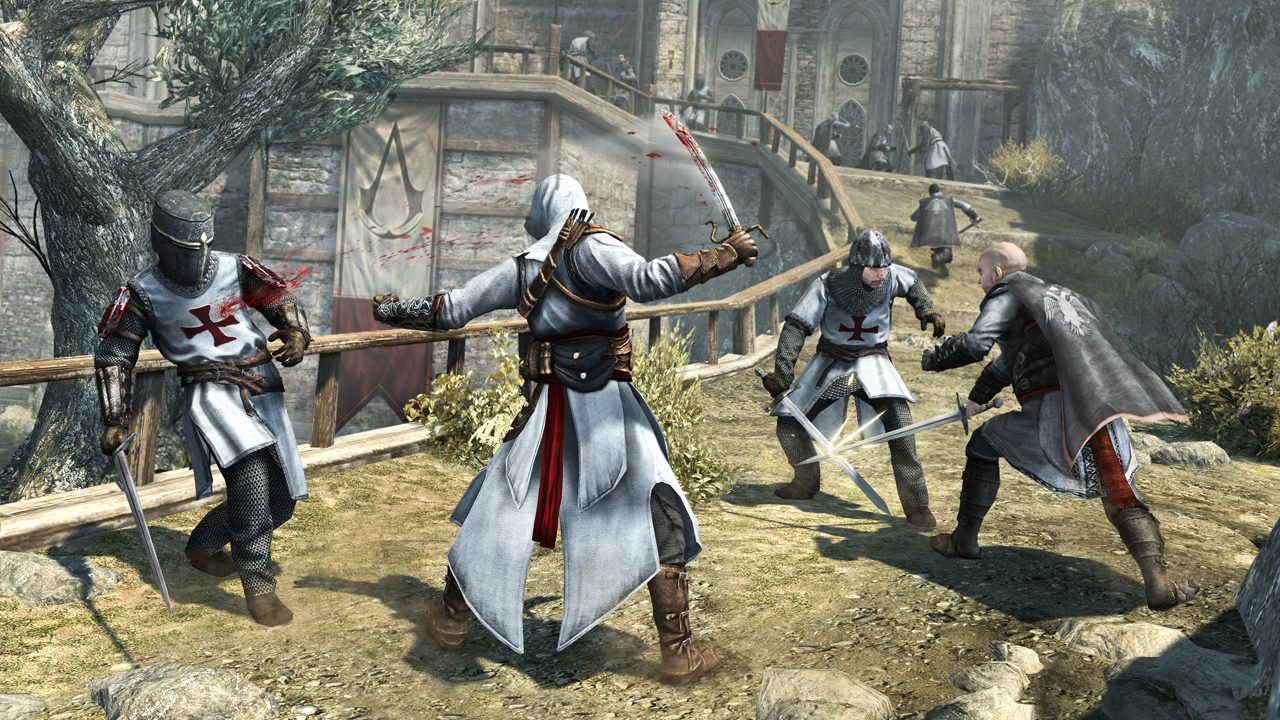 Ever since I played a bit of Assassin’s Creed II I have loved the series, to be more exact, I have loved the singleplayer side of things. I may have played the online component of Brotherhood for about half an hour on the PC, but that was about it. Recently though, I have had the pleasure of taking part in the multiplayer beta on the PS3 for Revelations. Read on for my impressions.

Note – With my limited experience of the multiplayer in Brotherhood I won’t be making any comparisons to the previous game in the series. There really isn’t anything quite like walking around an town square, strolling past a group of bystanders only to suddenly get shanked in the gut by a ruthless assassin. If that wasn’t painful enough, the moment I got jumped by a foe who was climbing the roof tops was the point in time I realised that the multiplayer aspect of Assassin’s Creed Revelations is going to take up a fairly large chunk of people’s time.

The most enjoyable mode so far is the plain and simple deathmatch, no compass indicator, one target and a few perks at your disposal. While there is a mode which gives you a compass directing you towards your opponent, it feels like it takes away from the idea of the game, of being an assassin. You feel more like a Terminator sent back to the renaissance period being guided more by this floating guide than what is happening in front of your character. My favourite moment of the beta so far came when I was walking around the roof of a building in the middle of the map, my target was a large balding man. As the target portrait lit up I knew he was in my line of sight. Glancing around I saw what looked to be my target hiding amongst a group of civilians. I knew I had to get this right, if I killed a civilian I would lose him as my target. I took a breath, locked on and sent a throwing knife down to him immediately followed by jumping to the ground to finish the kill.

I had the right person, and in turn the pleasure of seeing my score increase nicely thanks to a variety bonus, stealth bonus and the normal kill points. All in a days work.

There are some team based modes available, but the automatching system hasn’t hooked me up with any matches in those yet, but judging from their descriptions there is a capture the artifact mode and a two round mode where teams get points for hiding together or for successful kills. They sound fun, I just wish the ‘Play Now’ button would send me into one of those matches soon. The online aspect to Revelations is looking ship shape at the moment, it will be interesting to see how it turns out once all the game modes are available at launch, I expect quite a few will get lost in the shuffle with deathmatch dominating play time. Personally I will likely spend most of my time in singleplayer, but it is comforting to know that there is a very good multiplayer aspect backing things up.

Assassin’s Creed: Revelations will be available 15th November on PC, 360 and PS3.
Impressions based on PS3 multiplayer beta.