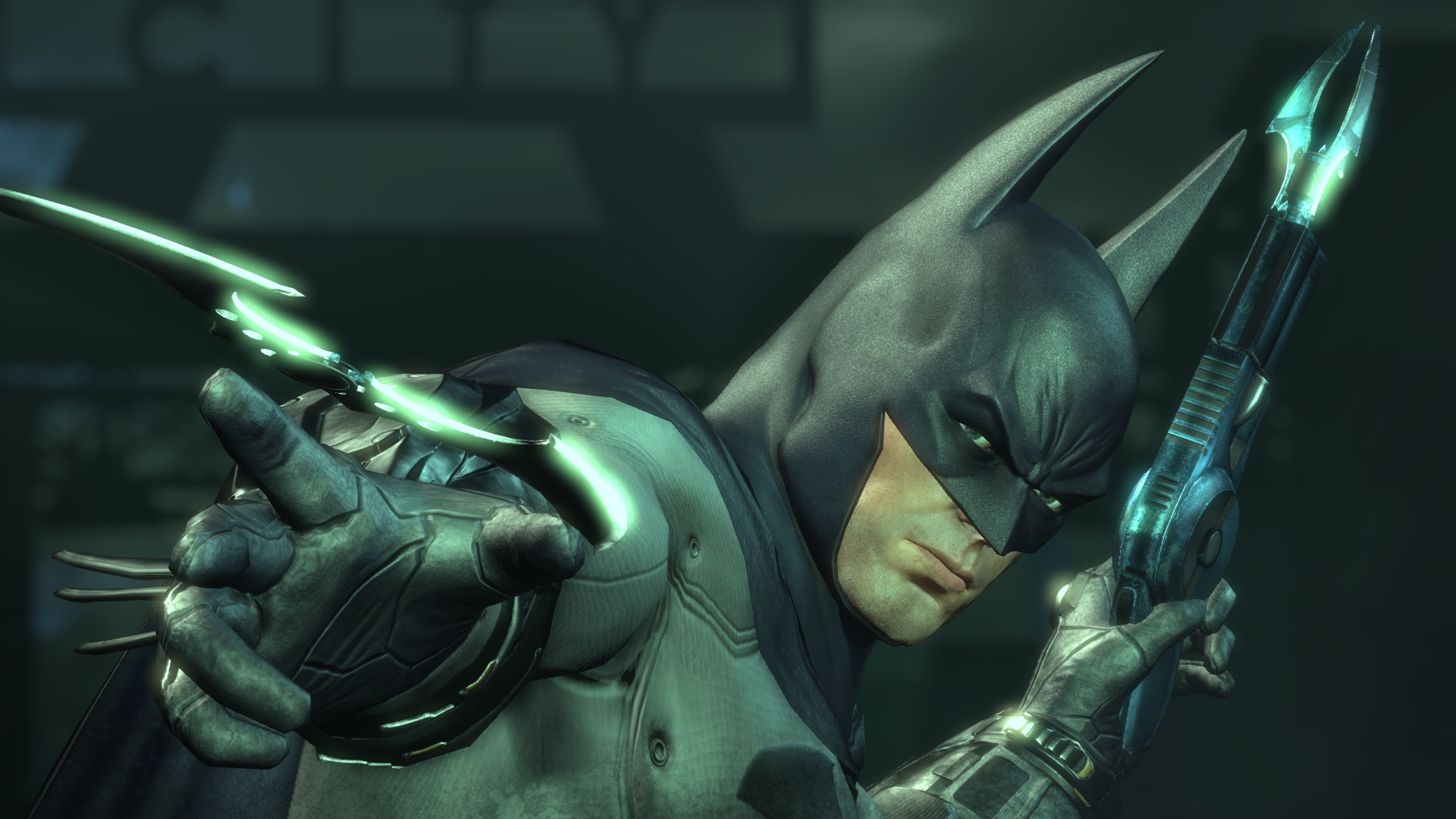 Back in 1997, R-Kelly sang that Gotham City was a City of Justice, Love and Peace (for everyone of us.) I’m not sure he was talking about the same city we all thought he was at the time, if the menagerie of crooks, criminals and villains that inhabit the part of Gotham where the events of Batman: Arkham City take place is anything to go by…

Arkham Asylum, back in 2009, was an amazing accomplishment by the folks at Rocksteady. Capturing the feel of being the Batman perfectly, it was a finely tuned and exquisitely honed offering that blended some superb yet simple fighting mechanics with a stealth sections that encouraged you to get in the positions for a strike, rather than hiding to escape. A range of villains, nods to many of the tangled web of Batman continuities to please the fans, with a solid fun experience with the actual game itself to back it up. Arkham City retains many of these features, but brings the experience to the open world genre setting the action in an entire region of Gotham City. Hugo Strange throws our favourite pointy-eared biffer in there, and you’ve got to find out just what is going on inside the titular Arkham City and find out what the mysterious Protocol 10 is.

And right off the bat (pardon the pun) you’ll notice how the scale is that much bigger with Arkham City. Most of the entire city is open to you from the off, and thankfully Rocksteady have made the decision to let you keep most of your gadgets that Bats ended Asylum with, including his batarangs, Batclaw and all important cape which is now capable of allowing you to glide and pseudo-fly over and through the many rooftops of Arkham City, and if you played Asylum, it’s about as smooth and intuitive to navigate said streets as you’d expect but does take some skill to truly master. However, this is complimented by the ‘AR Training’ missions which will help you learn the more subtle nuances of Batman’s flight mechanics.

Of course, having a massive open area to explore is all well and good but would be rather moot if there was nothing to do in the space. So of course, The Riddler returns with some riddles and trophies to collect, although this time – while remaining a ‘side mission’ – their story arc is a little more fleshed out than a disembodied voice over the airwaves mocking you for being unable to find them, and actually does entwine with the main story to a small degree. The same goes for the many other side missions that now join The Riddler, including crossing paths with many characters from the Bat universe. A downside is that most of these other missions do follow a similar formula – go here, beat up some guys, use a gadget/detective vision, move on – but the cameos are a treat for for fans, and they do fit in well with the overall concept of an entire city of criminals with their own agenda.

Crucially, the returning Freeflow combat and the Predator stealth sections, while perhaps not as numerous as they were in the first game – have been given subtle yet important changes to help the player suit the new challenges that await. New moves in Bats’ arsenal including beat downs, areal attacks and the ability to counter multiple enemies all come in handy against the many new goon types and still flow wonderfully into the existing system – Asylum veterans shouldn’t have too much trouble diving right into Hard mode, but even more new enemy types later in the game such as those with bladed weapons and shields will keep you on your toes and re-evaluating your tactics. During the Predator sections, new gadgets like the Smoke Bomb and the often hilarious Remote Electricity Charge device allow new strategies to compliment those honed in Asylum – and of course the mooks here get upgraded over the course of the game which really encourages you to adjust your tactics on the fly.

There is an issue with Batman: Arkham City though, and for all it’s catering to the fans of every aspect of the Batman franchise – whether that’s TV, films, comics or whatever else – it does have the side effect of feeling like the game is stretching its story a little thin. It’s great that so many villains make an appearance, from Penguin and Two Face to even lesser known folks like Deadshot and Calendar Man, but by incorporating so many of them into the plot, large chunks of the main story feel like their inclusion doesn’t have the same depth as your interactions with the villains in the first game. It almost feels a little spread thin with many villains feeling like they’re making an appearance just because we haven’t seen them yet, and a few dangling plot questions are certainly left at the end of the game aside from the more obvious sequel-hinting ones. There’s also a fair few who are introduced that may baffle those not familiar with the Batman universe as a whole – and though there’s background reading material available, it seems at little off that these are revealed not necessarily through meeting the characters in question, but from collecting Riddler trophies – some that aren’t even available to you because you don’t have the tools available to you at the time you meet said character.

Batman Arkham Asylum was such a great game because it was a tight, finely tuned experience. It was a largely linear one, but that worked in it’s favour, being highly polished and honed to perfection through sublime pacing and just enough restriction to make it feel like the perfect approximation of being the Batman. Arkham City is no less a great game by any stretch, but it is a subtly different one. There’s so much to do, and a New Game + along with the returning combat and Predator challenge rooms (along with a fun new mode combining them with mutators called “Riddler’s Revenge” with medals to be won) means it’s a very meaty game. Upgrades and improvements are drip-fed along at just the right amount to encourage progression and the main story has some great moments – thankfully it seems Rocksteady have also learned their lesson on the boss battles which spoilt Asylum for the most part, and although a few do appear none are anywhere near the banality of the Poison Ivy or Bane fights from Asylum – in fact one boss battle in particular is an absolute corker and is a great example to all games on how to do a boss fight, but it would be a disservice to you for me to spoil that here.

Arkham Asylum was about being the Batman, Arkham City is about being in Batman’s world. To misquote Mr R. Kelly once again: “We all need it, can’t live without it. An Arkham City, ooh yeah.”

One thought on “Batman: Arkham City – The Verdict”