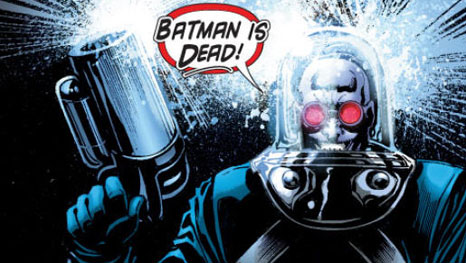 The latest trailer for Batman: Arkham City shows off villain Dr Victor Fries, otherwise known as Mr. Freeze, who’ll be joining the already huge cast of villains set to face off against Batman in the sequel to 2009’s Arkham Asylum.

For some, Mr. Freeze is best known for his horrendous puns in the dreadful Batman & Robin film from 1997, where he was portrayed by Arnold Schwarzenegger. We’re hoping that version of the character has little to no relation to the one on show here. You can see for yourself by pressing play below.

Rockpapershotgun are also reporting that PC version of Arkham City is shaping up to be the finest version of the game, with improved textures and a host of graphical tweaks to set it apart from the console releases.

One thought on “Batman: Arkham City – You’re not sending me to the cooler!”