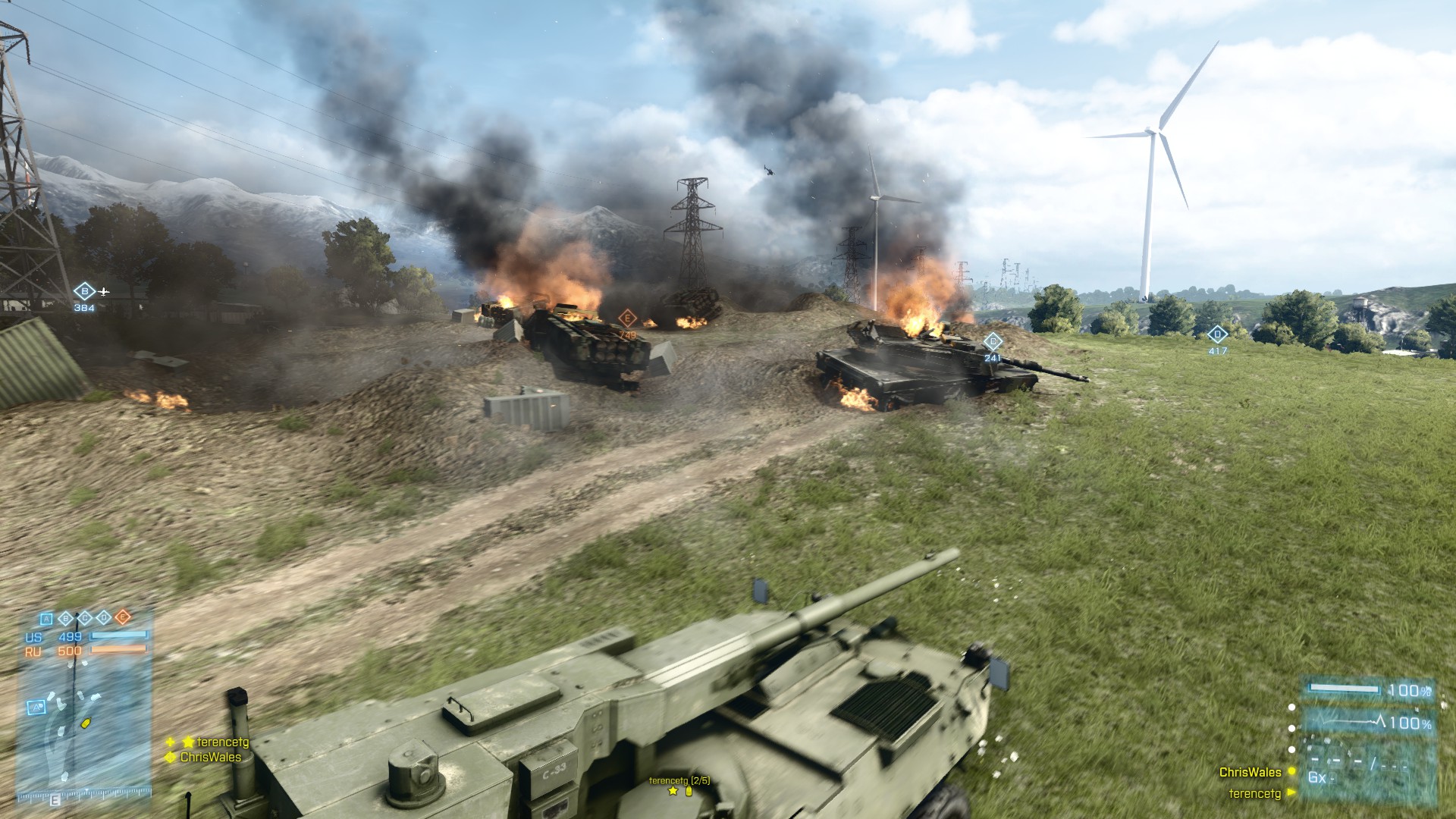 I talked a little bit about the Armored Kill DLC for Battlefield 3 in the latest edition of Our Week in Games and I said that I felt it surpassed many of the brilliant moments found in the original game and even in the Back to Karkand expansion. I stand by those words in this, my Verdict on Armored Kill.

Armored Kill follows the by now trusted formula of DLC packs for Battlefield 3 by featuring a handful of new maps, weapons and vehicles. It even throws in a new game mode called Tank Superiority. What makes Armored Kill such a good piece of content is the awesome feeling that you get when all hell is breaking loose around you with all kinds of military hardware causing chaos. It is Armored Kill which in my mind best captures what made Battlefield 1942 and Battlefield 2 such great games, the feeling that you are in a war, not just a large deathmatch arena with added vehicles.

I’m not going to comment on how the console versions play out, but I will say that I doubt they will quite match the same feeling as can be achieved on the PC version. The larger player numbers and full-sized maps are part of the appeal of Armored Kill. When you find yourself playing on the largest ever map in the series, Bandar Desert which is about twice as large as Caspian Border, everything falls into place. You might be fighting for control of checkpoints along the sea front while another battle rages for another point which determines who controls the Gunship, one of the biggest additions to the game which can change how battles play out.

The Gunship is a large, slow plane which flies in pre-determined patterns, but crucially it provides a mobile spawn point for the side which controls the checkpoint it is attached to. It is also a mighty powerful weapons platform with a heavy machine gun and cannon which give two players the opportunity to decimate the opposition. This is especially true when it appears on Rush maps, and at times it be too powerful in these more focused battles. Fortunately DICE are looking into the balancing issues of the Gunship on Rush maps and have made a few tweaks over recent days, but on Conquest they work brilliantly. Thanks to the constant flightpath and slow airspeed, any team who finds themselves up against a Gunship has a great chance to take it down with planes, choppers and anti-air vehicles.

Some of the other game changing additions include new tank destroyers, these are fast moving tools of destruction, with less armour than the regular heavy-tanks, but a lethal main cannon. They require a certain level of finesse to use properly, due to their weaker armour you have to think a bit more about your attacking options rather than just charging into a battle blind. With even lighter levels of armour are the new mobile artillery pieces. These trucks won’t stand up to much punishment, but use them correctly and you can wreak devastation. I haven’t quite got the hang of them just yet, but the trick is to stay as far away from the front lines as possible and unleash hell.

Tank Superiority might appeal to some, it is effectively a King of the Hill mode with one control point that both sides are trying to control and a whole load of tanks. It is a decent enough game-mode, but it doesn’t match the scale of Conquest or the ebb and flow of Rush. At the end of the day though, it is the maps which make Armored Kill what it is. Each is distinct with the dusty plains of Bandar Desert compared with the twilight setting of Death Valley. Armored Shield feels very European with lush green fields and a sweeping river while the Alborz Mountains make for some stunning views with a snow-covered setting.

If you only buy one bit of DLC for Battlefield 3, make it this one.

Please check this post for details on our scoring system.