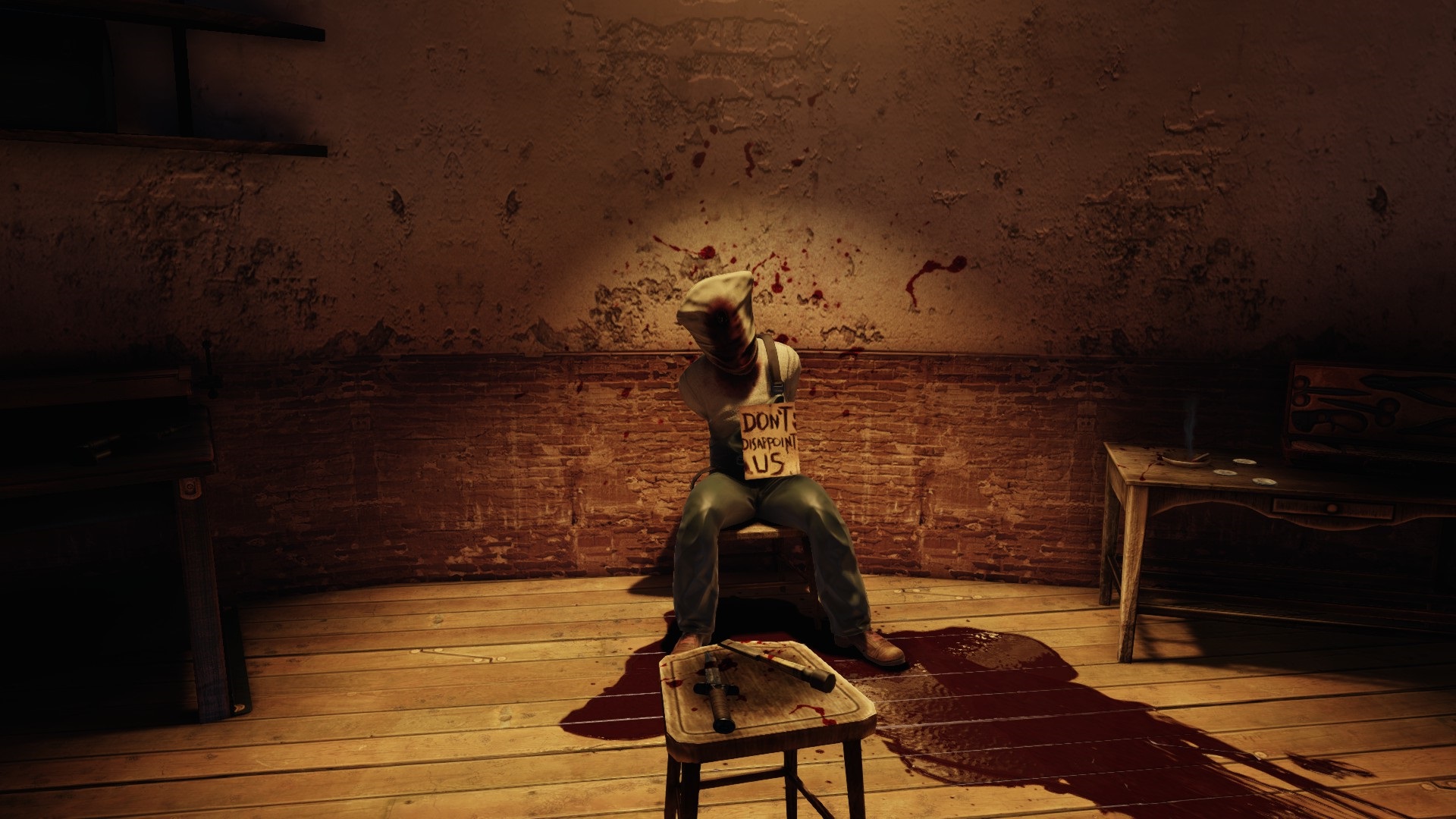 When I started playing BioShock Infinite I was quietly impressed with the opening hours, things slowly started to draw me in, but I wasn’t blown away. A lot of questions about Columbia and why Booker was there were raised in the opening sequences and I was intrigued, but certainly not enjoying it as much as I thought. Then I met the crown jewel of the game, Elizabeth. Upon my first glimpse of Elizabeth I knew that things were going to get good, and when you finally meet her, things take off with quite a bang. If it wasn’t for Elizabeth, this would still be bloody good game, but her addition tips this into a genuine Game of the Year contender.

Before I get into any more detail I will be honest that I will try to avoid spoiler discussion where possible, but one or two might slip in. There aren’t any major spoilers, and certainly no end of game spoilers. Enjoy! “Bring us the girl and wipe away the debt” is the refrain which starts the game and drives it forward from the point where you find yourself left at a solitary lighthouse in the opening minutes. While the opening sequence brings back memories of the first game I was left non-plussed. I found myself thinking

“Isn’t this meant to be one of the biggest games of the year? Yet they’ve just half-heartedly copied the excellent beginning from the first game. Then I get baptised in order to enter Columbia? What is going on?.”

I’ll be honest, things didn’t get much better when you are able to start exploring small parts of Columbia. You walk around and come across a character simply standing there who suddenly starts talking to himself as you get near. Then you walk past a couple who just sit around and only talk once you approach. Next thing you know you have come across someone who looks identical to the first bloke you saw, then the same couple again but wearing different clothes. There is a big problem with non-story NPCs, there a very few character models and for the most part they move around beyond scripted routes when an event happens. It is disconcerting and one of the biggest drawbacks of the game, however much I loved the world of Columbia, their residents didn’t feel alive in the slightest.

Things slowly pick up when you are handed a cryptic note by a child purportedly from the people who have sent you to Columbia. After walking past some more clones you get to take part in some mini-games at a small carnival to earn some cash before you get your first complimentary vigor (aka a plasmid). This ability turns a targeted member of the AI to your side or does the same with mechanisms like sentry bots and vending machines. It is necessary to get beyond some turnstiles but feels like a cheap way to earn a vigor. Later on you will feel you have earned the vigors you receive. Soon enough you come to a point where you have to make a decision which highlights some of the racial issues at play in Columbia. My choice led the police of Columbia to be alerted to my presence, brand me as the False Shepard and kick off the action. I don’t honestly know what would happen if you took a different choice, would you remain unknown for longer? I’m not sure. By this point I had started to get into the game, but as I’ve said, I wasn’t blown away. It is worth sticking through though as it isn’t too much longer until you meet Elizabeth and you get to experience a really strong sequence in the home of an evil cult.

Before you meet Elizabeth you get to explore the combat a bit, it is much the same as the original game with a few vigors and a wide variety of different weapons to arm yourself with. I’m sure that some of the vigors are really fun to use, but as the game wore on I found myself using a familiar bunch. A fireball, electric bolt, possession and another which threw enemies in the air for a short period of time. I had great fun mixing these up at times, but I often found myself looking for more chances to utilise them with the environment. There aren’t enough petrol spills or puddles of water to make use of until really quite late in the game.

One of the highlights of the journey to finding Elizabeth is getting to use the Skylines. I was extremely pessimistic when early trailers for the game appeared on how these would work when actually playing the game. It turns out they work really well, if you see one (that isn’t blocked by carriages, a rare occurrence) you just jump onto it and grab it with your Skyhook. You can jump on and off them as you wish shooting as you zoom around and lay waste to enemies on the ground with awesome takedowns. You can also use the Skyhook as a melee weapon which is great fun and extremely useful to get out of a tight corner. If you are feeling particularly brutal you can perform a finisher move which plays out with various gruesome animations. By the time I met Elizabeth then I had explored parts of Columbia and found some great views, worrying signs of racism, a very odd pair of twins and been labelled the False Shepard by the Prophet, Father Comstock. At this point I had started to forgo my earlier worries and was getting into the swing of things finding out more about Columbia through audio diaries and the Kinetoscopes which serve as news reels.

Elizabeth though takes things to another level entirely with everything getting ratcheted up a few notches when she enters the fray. She is one of the most convincing characters I have come across in video games. At times I found myself looking around for her fearing she had got lost only to find her sitting on a chair while I rummaged through cupboards or was leaning casually against a wall. Her presence adds another layer to the story, which certainly takes some large twists and turns which a satisfying conclusion, and another layer to the game. It isn’t just the way she can pick locks or open rifts granting you access to medkits or a hook to use to reach a vantage point. It is her comments to Booker about what he is doing, why he is doing things and her tale of imprisonment. She adds so much to the game you really have to complete it to appreciate her.

There are moments in the game which stand up as memorable on their own without needing Elizabeth to shine. A final battle sequence is one (although some will hate it), along with the raid on a police station but perhaps the best is the Hall of Heroes section. There is some great level design at play here and great story-telling which would have worked perfectly without Elizabeth, her presence though just adds to the event. The action on the board-walk preceding the actual Hall of Heroes is perhaps the best fighting sequence of the game. It starts in a nice wide area to play around in with a couple of great buildings to explore. The action then proceeds on another area after a quick Skyrail ride which puts you in a moment with echoes of Omaha beach from Medal of Honor, though obviously not quite as brutal. I definitely want to go back and play through things again, there is so much about Columbia that I am sure I missed and didn’t take in. There were moments during the Uprising (I won’t say any more) where I know that I put aside my desire to explore and just took part in the action. I want to see what happens when I take a different choice at the beginning of the game before meeting Elizabeth. I want to explore the world of Columbia more, most of all I want something like Blink from Dishonored and more interactive NPCs. I want to go back and make better use of the other vigors and ride the Skyrails some more. This really is a brilliant game and it will undoubtedly stand up as one of the must-play games of the year. I’m glad I bought a copy even after receiving my review code, it deserves to do well.

One thought on “BioShock Infinite – The Verdict”