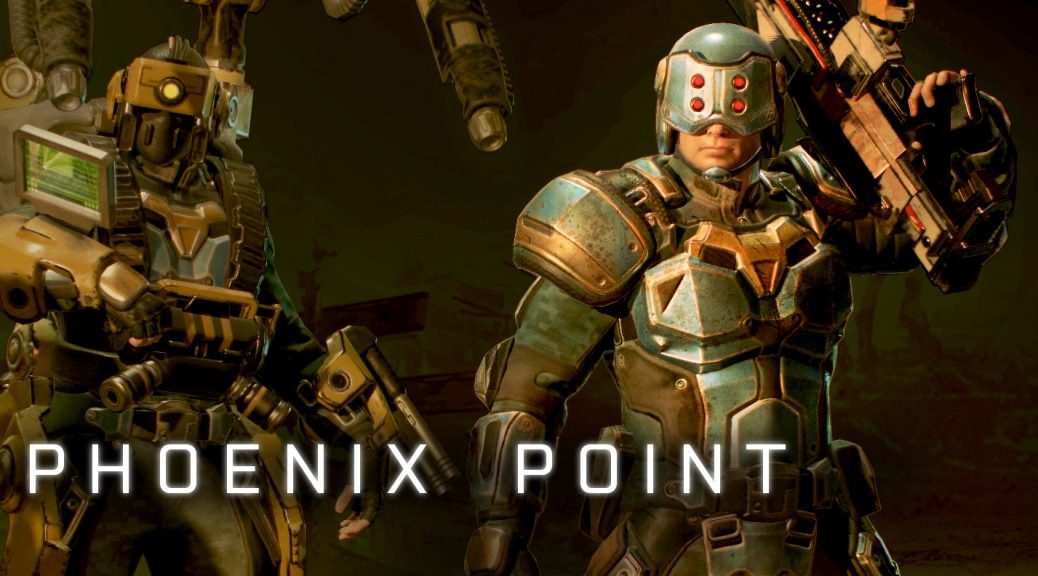 So this is why i’m rather interested in Phoenix point. Not only because it’s been made by Jullian Gollop and his team at Snapshot Games (Gollop was originally part of Mythos who birthed the original Xcom games back in the nineties, Yes, nineties) but because it is building on everything that made the remakes of Xcom so great. It’s certainly got my attention.

The main premise is the arise of a viral fog that starts mutating sea-life to such an extent that it starts trying to wipe out humanity. Because of course it does. Not that it ultimately matters, this type of game thrives on being in opposition to a seemingly unending and overwhelming opposition; be it alien, crab or giant hideous, 3-story high sea spider thingy. I’ve been watching this game on and off, from when it was first announced. The ‘made by the makers of Xcom’ caught me like a lobster in basket, and I have to say what i’ve seen so far looks very good.

It’s a curious position for GDC, something which has been covered already by other outlets; but building on something that another developer has built off your original work must be a very interesting position. It’s one of the reasons I have such high hopes from this game (aside from the developers lineage). Often the best refinements, and ideas come from other people seeing and trying your ‘thing’.  I’m actually a scientist by trade, and it is common for us to involve non-specialists (or people from other departments) in the design/analysis of certain data/processes because they can often see things with new eyes and come up with interesting and more importantly, great suggestions and ideas. I wonder if there is a degree of this going on here. Firaxis did a phenomenal job with Xcom. Successfully re-invigorating a genre that had, frankly, been dead and buried for nearly 2 decades. To now have the Original masters of this genre come back and build off that is a exceptionally exciting prospect. It looks like they’re doing just that too. From what i’ve seen of the game (and regrettably i’ve yet to play it), they keep a lot of what Firaxis has introduced. The control interface, the distance (or AP) markers and the host of other interface niceties that Firaxis introduced seem to be there in one form or another. It’s all instantly recognisable, and i’d wager it’ll feel like stepping into a pair of well-worn slippers. Though with a stronger smell of Mackerel.

A few things have caught my attention from the press releases and coverage so far. The scale is somewhat different. The enemies can be gigantic, with specific body parts that can be attacked and disabled/wounded. Gigantic killer sea-spider coming at you? Shoot it’s legs. It’ll take longer to reach you. It about to smash you? Take out it’s giant claw. But that’s a knife that cuts both ways; don’t expect your heavy soldier to be able to fire their rocket launcher with only one arm. It’s adding even more complexity and tactical options on top of an already rich ‘game’. Had Firaxis not released Xcom and it’s sequel, then it would probably be too much, too complicated for a new game- but the groundwork has already been laid so GDC are free to refine and more importantly expand as they see fit. There’s more. Ballistics modelling has been re-introduced. In the original Xcom you could accidentally wipe out half your team by shooting a Petrol Station out of your immediate line of sight when you missed a shot. Every single bullet/grenade/rocket/witty-quip is fully modelled; even when it misses and flies into the fog of war. It could hit anything out there, with the appropriate results. This makes choosing your shot all the more important.

The way you aim too seems to have been refined. You literally aim down your sights. Rather than be given a percentage hit chance, you’re given an aiming reticule (natch) over your target. The distance, weapon and soldier skill will determine the size of said reticule (zing) will dictate your hit ratio- with all your shots landing within said reticule (boom). Therefore if your reticule (smash) is completely covering the enemy you’re guaranteed a hit. I’ve seen some writers state their concern over this change, however as a veteran Xcom-er (it’s a word..) I just see the opportunity to position myself thus that any missed shots simply hit the enemy behind… The enemy, well what can we say about them. From what i’ve seen they seem to be derived from a single aesthetic; namely a nautical(ish) one. Now I would be concerned that that would introduce too little variety were it not for the mutation system, which purports to physically mutate the enemies to combat certain tactical choices you make on taking them out. Like using rockets on crab men? Then expect them to evolve harder armour. Like using machine gun fire? Expect them to evolve a carapace-shield that they can carry. For ‘basic’ enemies I can see this being a fun mechanic. For the larger ‘boss’ enemies, should they be multiple rather than singular, I could imagine this being a major headache. I’m already excited at the thought of trying to plan my way around it. Which, is a long-form way of saying i’m rather excited about this title. It has potential, it has some serious pedigree and baring an act of Cthulhu, I can’t see how it can go wrong. And i’m Mr Pessimistic 2003, 2004-2011 and runner up in 2017.

Believe me, if I can get my hands on it I will, and you’ll hear about it here first.

2 thoughts on “Bird Beak: A look at Phoenix Point”