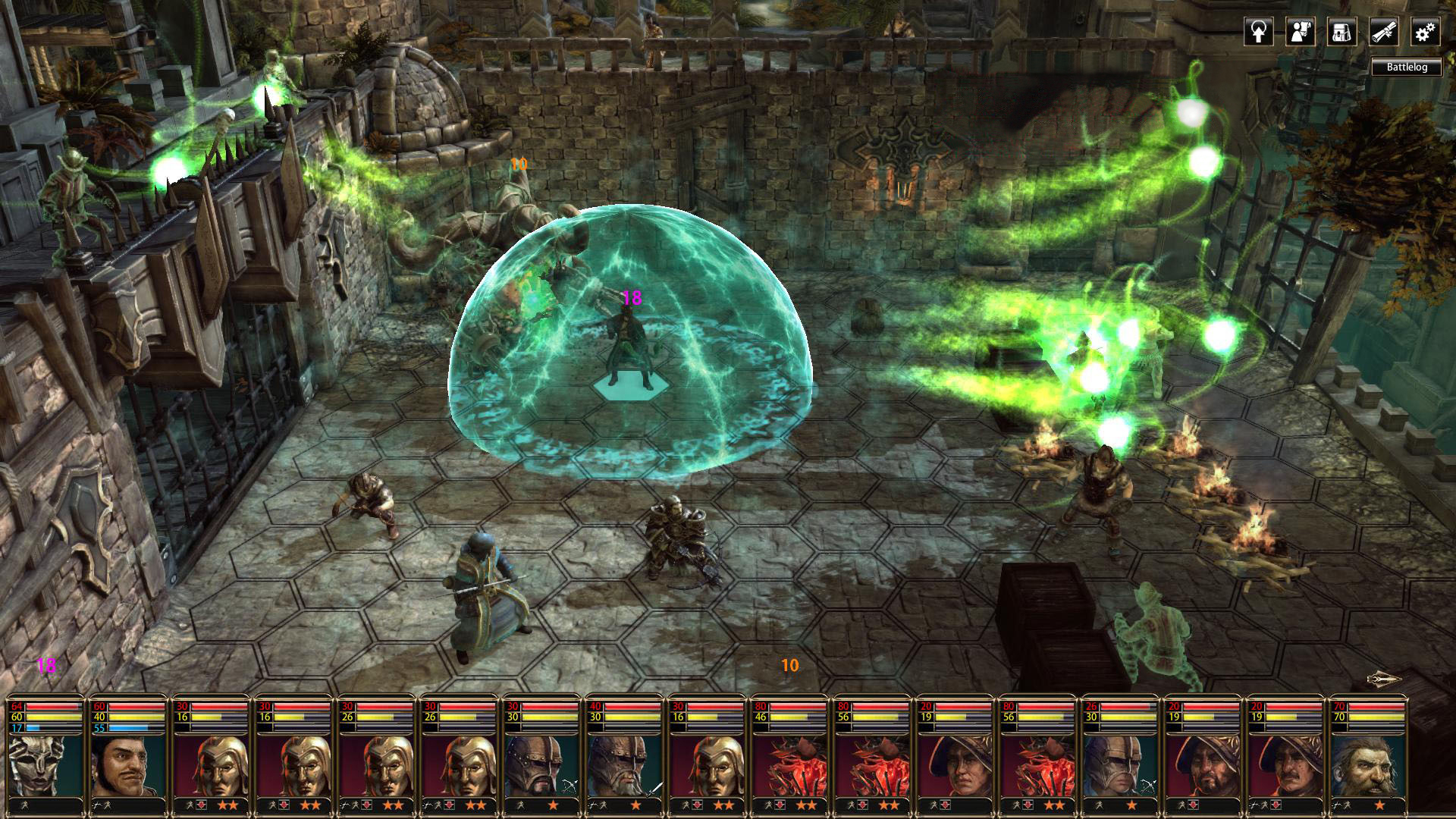 Blackguards 2 is a turn-based, tactical RPG based on the rule book of The Dark Eye, the increasingly popular German role-playing game that challenges even Dungeons and Dragons for it’s fantasy crown. Made by Daedalic Entertainment, Blackguards 2 is a follow up to 2014’s original and is due for release almost exactly one year later in January of 2015. Various additions and improvements have been made since the first game was released making Blackguards 2 a more accessible and understandable game than its predecessor. As a newcomer to the series I was glad to see there is an in depth tutorial that explains the basic mechanics of the game including any changes and while I did feel there were portions missing that could really have been of use, this really helped me settle into the game with a basic understanding of how to move forward once I was set free on the world map.

For those unaccustomed to Blackguards 2‘s gameplay style the main portion of the game takes place in two places; your campsite and the battlefield. The battlefield is of course where you test your skills on a tiled map using a turn-based system. Your characters can be strategically placed before the first turn is taken and the map can also be fully viewed before you start. One stumbling block I ran into early on was that I would quite often find myself taking a couple of turns on a new map then restarting once I had a better gist of what my overall goal was. Blackguards 2 does allow you highlight interactive items on the map, but only once characters have been placed and turns are in play. There is also occasionally a bit of dialogue before the first turn, but in many cases neither of these fully explain the maps end goal and on the hardest difficulties this can be a death sentence if you make a tactical error early on. Once clear on your map goals the combat becomes really enjoyable and the twists and turns of the story elements don’t seem so harsh. In a way it’s both a good and a bad thing that maps need to be scouted before you fully commit to them. On one hand this of course means that the overall goal is not well explained enough to begin with, but also means that maps and not just straightforward affairs and vary in approach, difficulty and layout to the point that after six hours of gameplay I don’t think I approached a single battle in exactly the same way.

The campsite is the second area where you will spend a lot of your time learning about your characters history and getting to grips with the very detailed and open ability system. As with the action based portion of the game this area holds a lot of positives and a few negatives. For starters the aforementioned ability system is great once you get to grips with it. You are basically open to build your characters as you wish, without having to stick to strict class restrictions. Of course this doesn’t mean that you can just spend your ability points without thought, as this will most likely cripple your effectiveness later on when the game takes a difficulty hike. Carefully reading over abilities and choosing a path for each character is your best bet and this is where one of the negatives comes into play. The specification options and statistics are just not explained well enough. For example what is the difference between offence and damage and how do they effect each other if at all? Do main-hand and off-hand attacks have the same stat values? How many points of endurance do I need to gain in order to raise my health? These and more are all the types of questions I wanted to ask in order to improve the way I levelled my characters and so improve the way I played the game. Blackguards 2 certainly seems like it’s pushing itself toward the hardcore tactical RPG crowd, but in order to please that crowd you have to be overly informative and highly detailed in every aspect of character building.

Blackguards 2 also allows for moral choices when dealing with certain aspects of the games storyline. As the leader of a group of growing power within the kingdom Cassia often has tough choices to make than can effect the story later down the line. The game is also not as straightforward as choosing which point you want to advance to after every successful battle, occasionally the kingdoms forces will try to take back one of your controlled points on the map and then it’s your turn to be on the back foot and defend what you have fought so hard for.

Blackguards 2 is currently in development and I have no doubt that come release day there will be advancements and improvements from what I have seen in the preview. For me if they are to get things just right it would be nice for there to be a bit more detail in the statistics side of things and continuation of the varying map styles and encounters. Blackguards 2 is clearly confident in what it wants to achieve, that being a solid tactical game set in a fantasy world with a rich backstory. Characters are likeable, combat is enjoyable and the game is generally well designed and I can’t wait to try out the finished product next year.