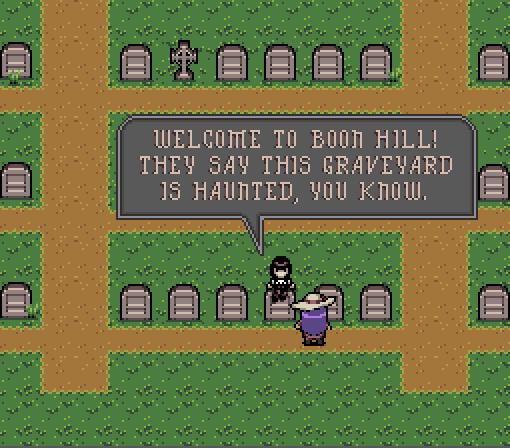 A game which you can’t win, and one that you can’t actually lose. One that is set in a graveyard, it sounds all kinds of crazy right? Crazy it might be, but Boon Hill as it is known has reached its Kickstarter goal and so will most certainly be getting a release. It sounds quirky, but very interesting as you walk around the graveyard reading the messages left of tombstones and talking to the passing NPCs.

The lack of a way to win or lose the game will likely alienate some people, as will the pixel art. But sometimes it is worth playing a game which pushes our traditional notion of what makes a game…a game. Watch the video below and let us know what you make of the game.