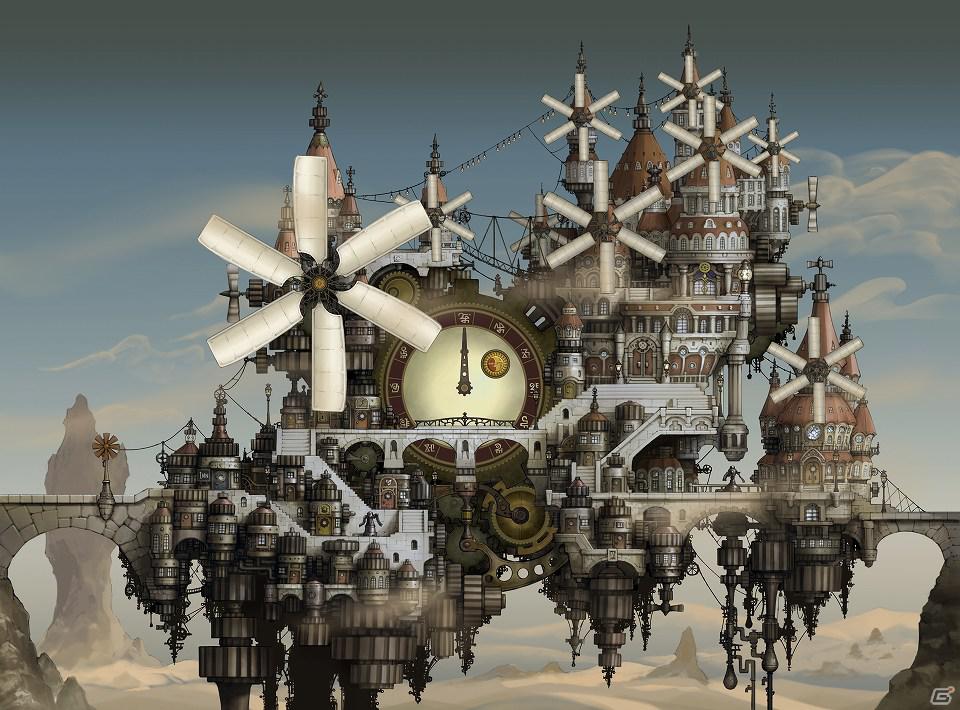 It seems like only yesterday that every potential SaGa, Mana and Vagrant Story revival at Square Enix found itself under the Final Fantasy banner in order to capture a little more marketplace enthusiasm. From the international renaming of SaGa titles in the early years through to the incongruousness of whacking Final Fantasy onto the Crystal Chronicles sub-series of action RPGs, for decades the premier JRPG company leant heavily on their most successful marque.

To see how far stock in that brand has fallen in just a few short years, you need look no further than the impending release of Bravely Default, a game that transparently is Final Fantasy, and entered development as a follow-up to DS title Final Fantasy: The 4 Heroes of Light. Desperately in need of fresh, bankable IP, Bravely Default is the name drawn out of the hat.

And what a name it is: two seemingly unrelated lexemes that make the classic Bioshock Infinite mistake: you shouldn’t have to play a game to understand why its title is marginally silly than it sounds. At least Silicon Studio have the language barrier as an excuse, though. ‘Brave’ and ‘default’, you see, are components of the battle system that elevate “Bravely Default” above a statement of intent.

Fundamentally, this system is that of Final Fantasy III –battles happen in turns in which ally and enemy stats dictate who acts first. Stats are in part dictated by a ‘job’ system wherein jobs are bundled up with certain abilities and attack behaviours, and you’re able to mix and match these as you progress. Where Bravely Default chiefly differs from this quarter-century old way of doing things is in the ability to store turns for later (default, which also reduces damage received), so you can act multiple times in a turn (brave).

In the course of the demo, released this Wednesday to the European 3DS eShop, the robustness of this system slowly becomes apparent, adding a much needed temporal dimension to the endless procession of turns. The frequent ‘wait’ commands that you probably issue to certain rapid-response roles such as healers (called and dressed like White Mages here, because Final Fantasy) become a tactical advantage, allowing you to mend and re-buff characters at just the right moment with a flurry of actions. Enemies have access to the same system too, so finding the right window to unleash a barrage of attacks and to defend against the same offers an interesting tactical rhythm to play.

Another huge selling point for the game is showcased well by the demo: graphically this is a gorgeous little 3DS game, with stylised environments that play to the 3D effect’s strengths (the steampunky-central town is presented face-on, an almost dollhouse-like place you want to reach into). Some NPCs look a little nondescript, but the monsters and major characters more than make up for them. As with the DS version of Final Fantasy III, Akihiko Yoshida’s character designs are translated in full: the four main characters each have a unique, detailed costume for every job that riffs on character and class motifs.

It also bares mentioning that this is an extraordinarily generous demo, containing a string of twenty or so quests and five boss encounters that could take you as long as some retail games to conquer. For every milestone you reach, you’re even given a few items that will transfer over into the main game – a clever bit of incentivised play that’ll help you make an informed purchase.

Yet, even despite all this, the Bravely Default demo doesn’t always feel like the best showcase for the actual game. From a simple usability perspective, the way that systems are tutorialised – even those quite basic to RPGs of this type – ensures that you’ll have to stick with the game for a couple of hours before you begin to see the potential of the title. Meanwhile, In those first two hours it’s easy to gain the impression that the game will be an unnecessary grind, especially as the quests – apparently bespoke to the demo experience – are of the “help the townspeople gather five of monster drop x” variety.

Similarly, while the jettisoning of all story and context is understandable to a degree, presenting a series of simple, single-level dungeon mazes is more questionable. Considering that dungeons in most NES-era JRPGs are more complex than those in the demo, I’m assuming that they’re not indicative of the final product. But why wouldn’t someone reach the entirely reasonable conclusion that exploration in Bravely Default is a a series of fetch-quests and single, flat rooms?

The demo’s scope is even broad enough to include online and streetpass mechanics that while intriguing are easy to form negative impressions of. Firstly, friends can share characters, allowing them to be summoned in battle for a one off attack, potentially allowing you to waltz the early game – cheap, but entirely optional and a good way of making things more accessible. Secondly, and more frustratingly, an important town-rebuilding mini-game is peopled via streetpass – if you don’t want to spend hundreds of hours getting access to better equipment, and even some basic items in the early game, you’ll need to go online or trust your luck next time you’re in town.

It’s rare to see such a substantial playable demo nowadays, and as a tool for helping potential buyers settle on a purchasing decision at Christmas, this one has undoubted worth. I’m just not entirely sure whether the decision it helps make will always be in Square Enix’s favour.

Bravely Default is out on 6 December 2013 on 3DS and 2DS in Europe, but not out until 7 February 2014 in the United States. The Demo, available free from the 3DS eShop, has not yet been made available outside of Europe and Japan. All western versions have dropped the ‘Flying Fairy’ subtitle so a sizeable section of the audience can avoid triggering an awkward parental conversation with their Christmas list.