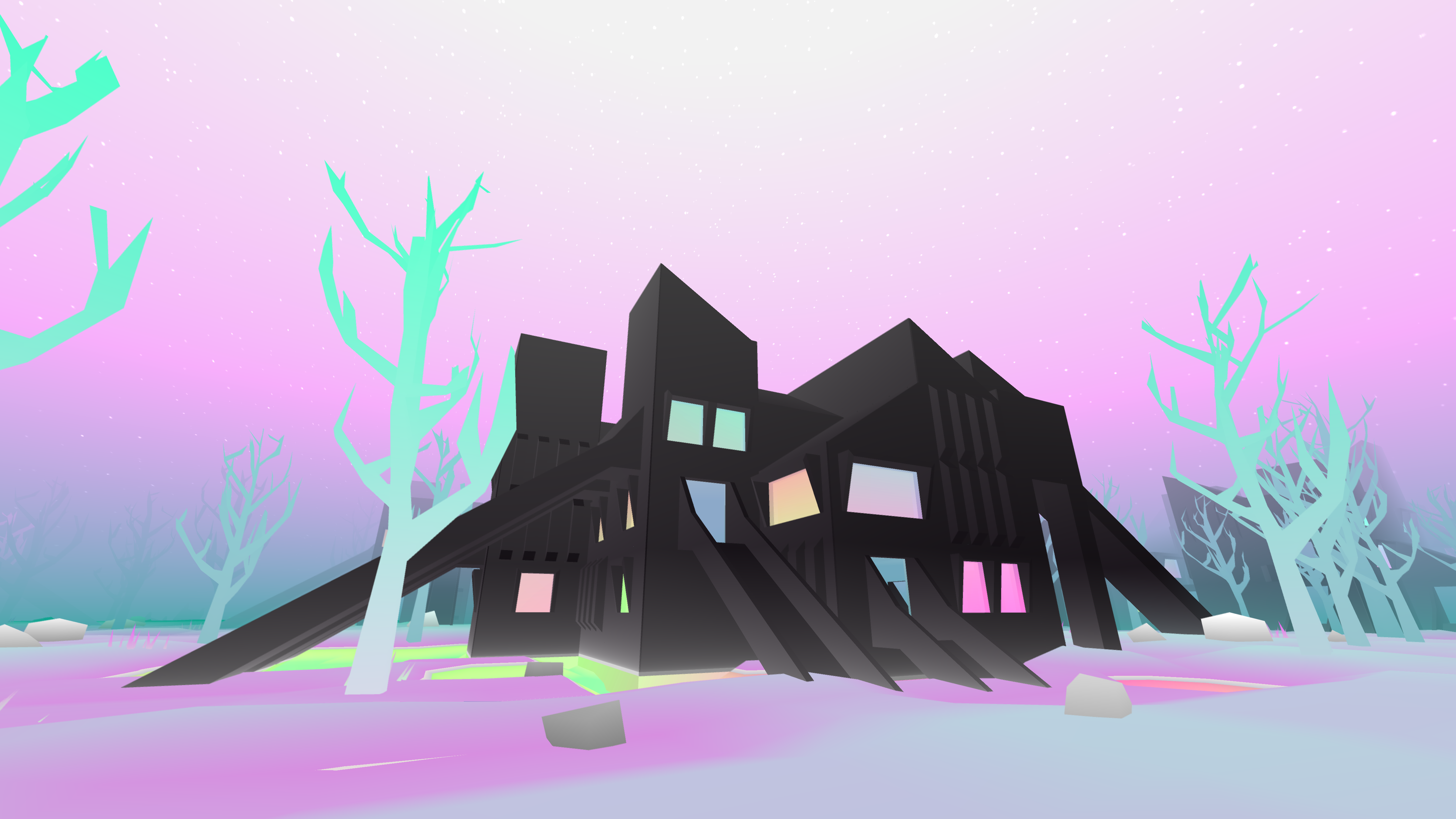 But what about games about art – are they art, or are they games? I’m not sure about that one either. What about the art in games? Is a piece of art in a game still art? If I stumble across a painting on a wall in a first person shooter, is that painting still art, or is it game? Can art be games? What about if I paint a picture of a game?

Jesus, no wonder no-one likes to talk about this stuff, I’m confused already.

Secret Habitat is yet another experimental project from Strangethink, a developer I first stumbled across several months ago when I climbed on StrangeClimber’s procedurally generated climbing frames. This time, instead of exercising digital muscle, you’re asked to stretch your imagination as Strangethink invites you to explore the fascinating world of art.

Located in an eerie and mysterious swamp, Secret Habitat places you amidst a series of beautiful structures that stand proudly above the green and slightly smelly looking waters below. With lack of any direction, you’ll soon wander aimlessly into one of the buildings only to find their true purpose. They’re not homes for the swamp-dwellers; they’re exhibitions. As you enter one of Secret Habitat’s many exhibiting halls, the paintings on the walls certainly look like art – they’ve got frames and everything. Underneath each display a small plaque displays the work’s title. You pause, read the title then squint at the picture before you, trying to find the link between the picture and the title. I generally fail, but then I generally do the same in a real gallery.

But is it art? Instead of individually hand-crafting each painting, Strangethink has handed the digital paintbrush to the game itself. Each picture is procedurally generated, following rules that I’m not even going to attempt to understand. Within the halls also exist music-players that produce procedurally generated music, again crafted by the game. There is no artist behind these works, and no conductor behind the eerie music on offer. Remarkably, the paintings on offer are not completely random. You’ll soon realise that each hall is dedicated to a particular ‘artist’, with the surrounding pictures all following a similar style. I stayed for a while in a gallery that featured only black and white pieces, actually finding an ‘artist’ that I appreciated. In my mind I knew the works were nothing more than the output of some complicated maths, but nevertheless I still took the time to look over each work and appreciate what the code had built.

Eventually though, you’ll move on. The nature of Secret Habitat means that every time you play a new set of artists is created, and a new group of galleries erected in their honour. The next time I ran the game, the black and white artist I loved had gone and in its place skulked a rather garish display of brightly coloured splodges.

Still, there’s no accounting for taste. Strange Habitat is free, available here and like most of Strangethink”s works completely unfathomable.