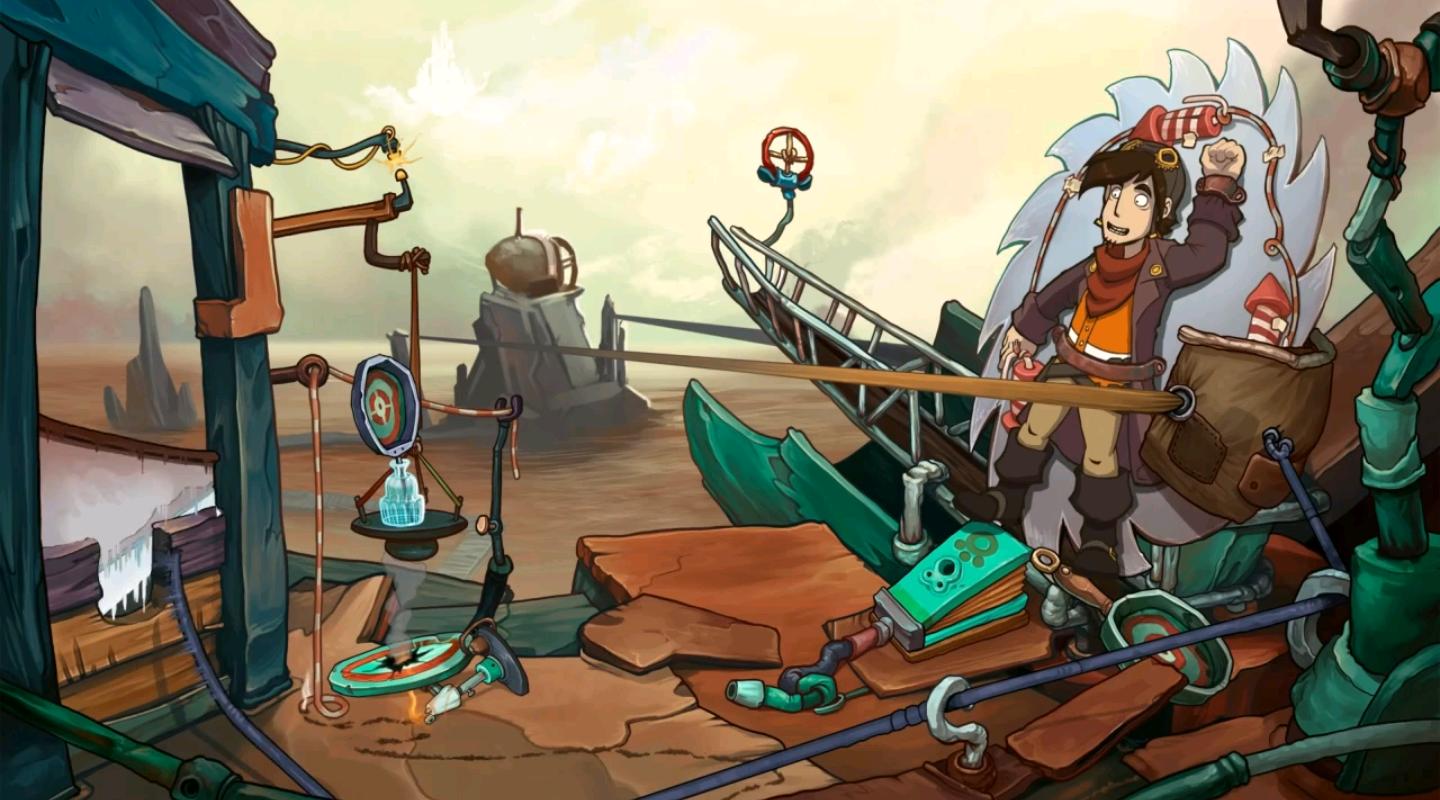 Chaos On Deponia continues the story of Rufus and Goal, as they struggle to reach Elysium and prevent the impending doom that is about to career down on the pile of junk they call home, the planet of Deponia. The game was released earlier this month in Germany, home of the developers Daedalic Entertainment, and has already reached Gold status and received many positive reviews from critics over in Germany. Even better news is that much sooner than the previous instalment, Daedalic Entertainment will have its English translation ready for fans to buy on Steam from the 6th of November.

To celebrate the release of the second part of point and click adventure Chaos On Deponia and its gold status, below are some new screenshots fresh from the game.