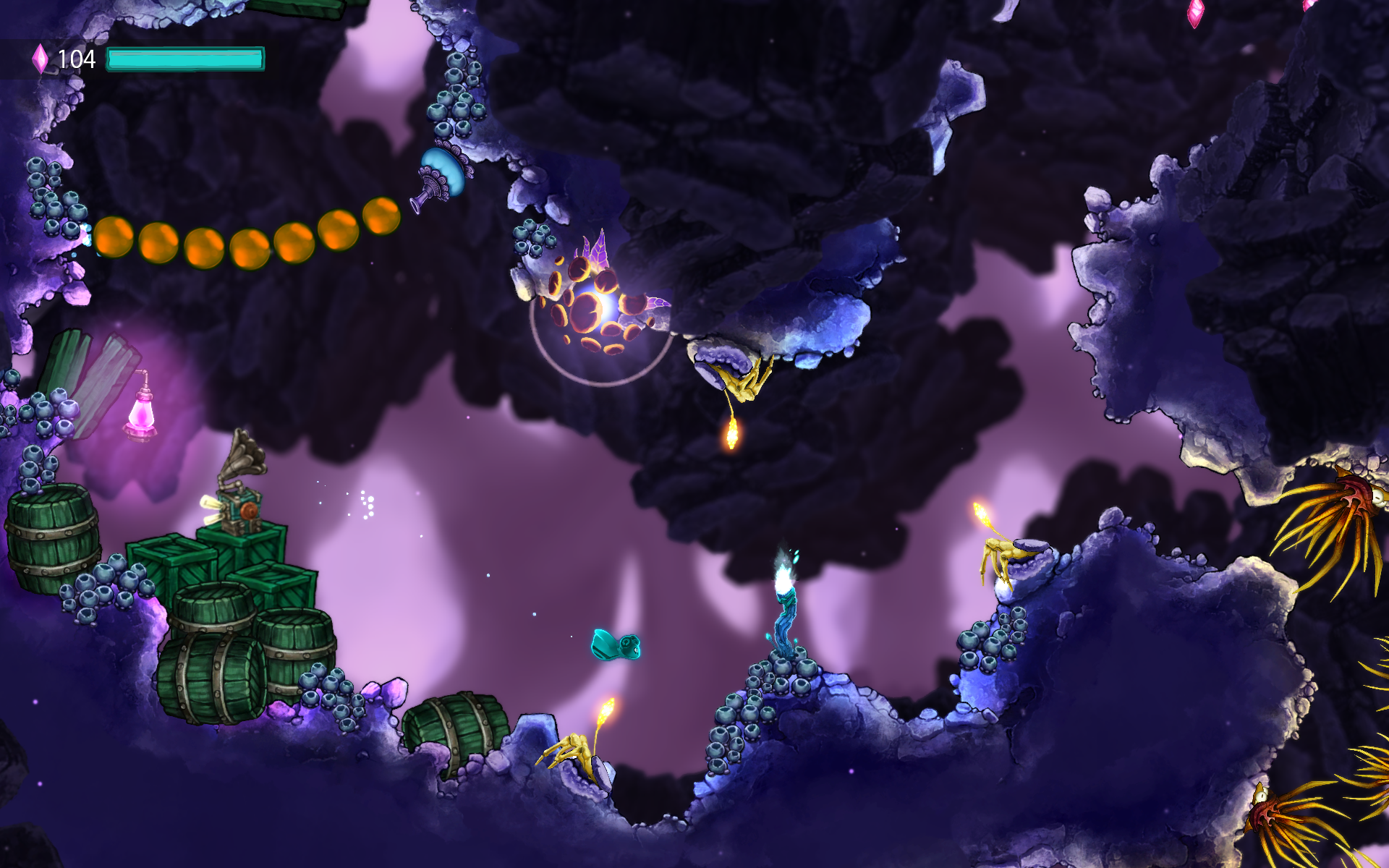 Earlier today I was at a the Rezzed PC and Indie Game Show in Birmingham with Nick having a grand old time and now I am home having finished writing this piece about my grand old time. There were plenty of games on show with a small number of AAA titles like Company of Heroes 2 and Planetside 2 making appearances alongside indie titles like Democracy 3 and Beatbuddy. After the break you will find a brief report before some more detailed thoughts on various titles over the coming weeks.

One of the first appointments for myself and Nick was a look at Boo Bunny Plague from On The Level Game Studios. I won’t comment on how it was to play, but it looked okay with the highlight of in-game action seeing Nick control a robot bunny in a fight against a robot dinosaur. It was a brief demonstration of the in-game action, but the cut-scenes were comedy gold. It could be considered to be a Musical, but in video-game form. I wouldn’t be surprised if I fall for this one because of the cut-scenes alone.

Following this, we had a chat with Nick and James from the team behind Surgeon Simulator which seemed to be one of the big hits on the show floor. I haven’t played it yet, but the guys were really pleased with what has resulted from a 48-hour Game Jam especially since the Team Fortress 2 DLC came out on Friday.

With some time to spare we headed to look at Project Zomboid, a game which has eluded me, until now. We had a casual chat with some of the developers, and their plans intrigued me and got my interest. I probably won’t actually dive into the game until the Story mode is back to help with some tutorial bits, but I’ve gone from being aware of the game, to being interested. That’s good enough for me.

Nick and I also got to take a quick look at the next game from Owl Studio’s, the team behind Richard and Alice. Their next title is Location Services, is a noir-style side-scrolling puzzle adventure set in a digitised world. It looks quite funky and even had a couple of anagram puzzles. We were told that there will be more puzzles like that which we don’t normally see within a video-game environment.

I really wanted to get onto Sir! You are Being Hunted which looks bloody brilliant I have to admit. I didn’t get to play it, but from observing others, it does look good. Hopefully we will get to write about the game in more detail when Kickstarter access goes out.

I did manage to get a short bit of time with Montague’s Mount, it gave me a Dear Esther vibe, that much is for sure. Unfortunately I don’t think it was the best type of game for me to play at a show like Rezzed. It is something I really would have to get my teeth into. It didn’t help that it was right next to The Chaos Engine, a re-make of an Amiga classic. Not that I played the original, but the top-down action looked very arcadey and very fun.

Democracy 3 and Redshirt were two games I had dearly wanted to play, but whenever I popped my head around both games were very busy which is definitely a good sign. I did manage to offer Cliff Harris (Democracy developer and helping publish Redshirt) a chance to sit down which he gratefully took. We talked for twenty minutes about both games, his older work and solar panels. That should make for a good read, at least I hope it does. I can’t wait to get my hands on both of these games which offer something really quite different to the already very unique range of games on show.

A little game known as Beatbuddy caught my eye in a really big way and I had the pleasure of talking to Denis Rogic from developers THREAKS about the title. It looks absolutely stunning, has amazing audio and plays really well. I’ll definitely be having more on this one soon as it left me speechless. I didn’t really play enough to do a definitive Game of the Show award, but Beatbuddy would probably win it for catching my attention so well. Check out the video above to get a little idea for the game.

Finally, a few words on Total War: Rome II which looks set to drag me back into the Total War franchise in a big way. Nick had a go at the historical battle on show, and got his ass handed to him on a plate by the Egyptian AI. I don’t think playing the Romans in a very challenging scenario helped, it certainly didn’t look easy for the mighty Roman Empire. Nick and I also attended the Rome II dev conference where they showed off the campaign map in a big way. I’ll try and get a few words about my thoughts on that over the coming weeks. Hint: it looks outstanding.

So yes, Rezzed was fairly short and sweet but there were plenty of great games on show. I hope you enjoy the words we will have for you about what we saw at the show over the coming weeks.