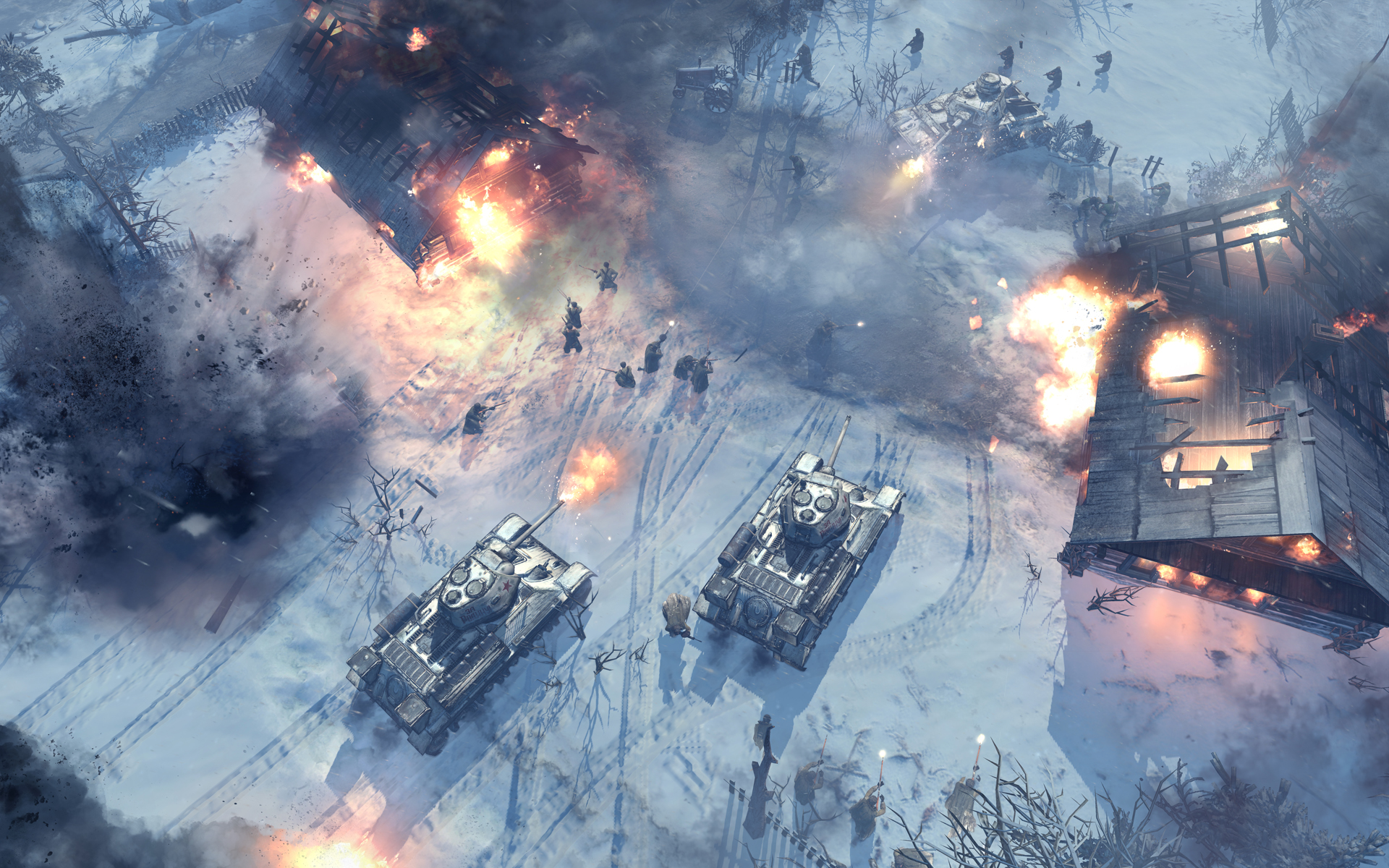 The rumours have been swirling around the internet over the past few days, but earlier today THQ formally announced Company of Heroes 2 for release in early 2013. The original was one of the most innovative RTS titles of the past decade, and still ranks as one of my favourite strategy games. The sequel will take players to the Eastern Front of World War Two, and judging from the first image to be released, it will feature plenty of snow. PC only, of course.