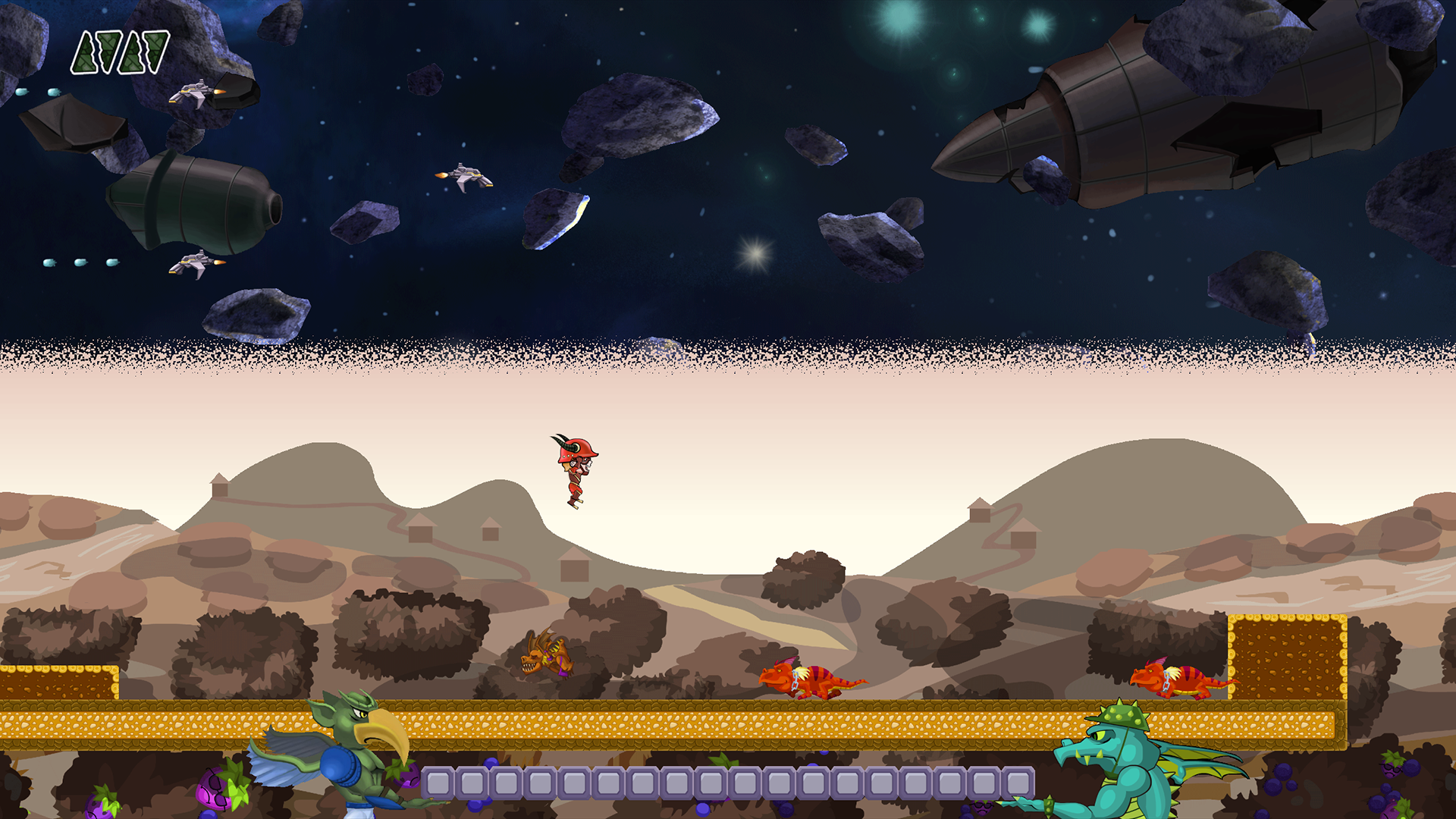 I talked about Concursion a few times in various Indie Gaming Roundups, and it was released on Steam earlier this month. Since then, it has been quietly hovering around on my list of games to play and to write about. I was planning to write a Verdict, but god-damn I’m just not good enough at this platformer to do it justice with a Verdict.

It is a platformer at heart, yet one that fuses several platforming styles together. There are super-fast Ninja jumping sections where timing and speed is of the essence, Pac-Man themed zones, side-scrolling space blasting and a slower paced platforming chap. It is a smash-up, and one which actually works really well when the various themes mix together in a level…it is just a shame that the difficulty in some sections is entirely out of sync with what came before. These are moments where I found myself wondering why the in-level fusion between themes isn’t present to provide a suitable way past the obstacle.

Let me row back a bit. Concursion starts off with a Super Mario styled opening as a Princess (at least I think it was…) is taken away by an ugly beast and your booted little character has to take after her through a variety of levels which are populated with enemies and special crystals! The weak introduction to the game allied with an artistic style which leaves me feeling cold certainly didn’t put me in the best frame of mind to take on the game. I persevered though, and at times I really thought it was worth it. Moments like when you are strolling through a level with your everyday character who kills enemies by jumping on them and spot a portal to one of the other game modes which lets you use a Ninja sword to eliminate an enemy or to double-jump over a large object, those are what make you smile and applaud the smart level design.

The moments when you take control of a chap in a space suit with extremely limited movement are more frustrating. But when you can float into a portal, again things get better. After that though, you are left with your unwieldy spaceman and you are wondering what is going on as you struggle to dance around deadly floating rocks. That was when I knew I wouldn’t be delivering a Verdict on Concursion. I heartily recommend you check out some of the trailers and think about whether you want to take on a challenging (and possibly frustrating), platformer.