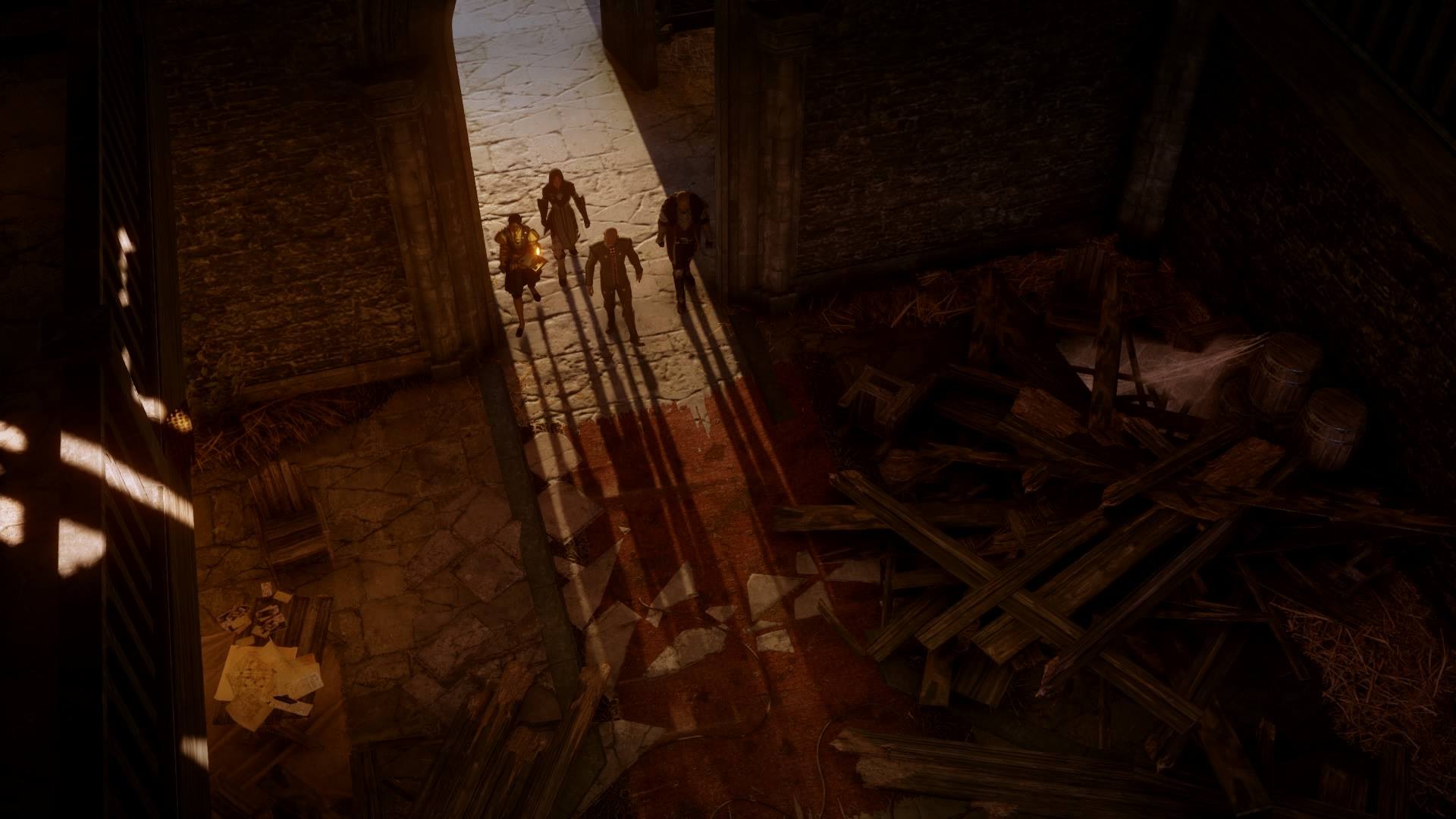 When we wrote our Games of the Year pieces back last year, I wrote openly and honestly about the games that I had loved from last year. However, as is to be expected, I didn’t play every game, or even every AAA title, that was released last year. Since then though, I’ve had the chance to revisit a title which would have appeared at the top of my list – Dragon Age: Inquisition.

For whatever reason, I’d never been able to get into either of the first two Dragon Age titles, something about them didn’t sit right with how I like to play my RPGs. It might be a BioWare problem really, as despite several attempts, I haven’t yet been able to sink my teeth into Mass Effect. I digress though, following such widespread critical acclaim for Inquisition, I put it down on my wish list for Christmas, and my sister was kind enough to pick it up for me on the PlayStation 4.

I decided to depart from my usual trend when it comes to RPGs and made a character without trying to make him look anything like me. The results of choosing some pre-set faces and some slight randomisation was an old, gruff, battle-scarred man. When it came to choosing a playstyle, I stuck with my normal choices though and decide Maxwell would be a rogue, specifically a dual-dagger wielding member of the Inquisition. When I started things off, I didn’t have a clue what was happening, apart from the fact that I should follow some pointers on my mini-map, kill some demons and then close down the rifts which were giving birth to the demons.

And you know what? I bloody well loved it. The opening couple of hours did enough to drag me into the game, even if I had a limited understanding of what the politics of the wider world were, but I was able to pick up what I needed to from the conversations my party members would have. I will say here that while I’ve let everyone I have met join my gang, most of my game time has been spent with the same group of friends, Cassandra, Varrick and Solas. While I haven’t tuned Solas in any specific way, I’ve set Cassandra down the path of hefting around massive two-handed weapons, while Varrick can’t be turned away from his beloved crossbow, Bianca.

After the compulsory opening story-led sequences, I left myself to explore the Hinterlands, the starting area in the country of Ferelden. It was quite a number of hours before I set foot in any other locations within Ferelden, let alone exploring the more exotic, continental flavoured locales in Orlais. I know some have said that the Hinterlands are full of samey fetch-quests, but I soon found myself embroiled in a little Mage and Templar fight for supremacy, stumbled upon a dragon caring for her young and unleashed a massive sprawling quest when finding some dodgy looking bandits hanging around a lake near a locked door into one of the many mountains. I loved the Hinterlands, and just fell in love with the game even further when I started to actually progress the story.

It probably took me about 30-hours until I reached the big crunch-point where Haven is assaulted by someone that I can only imagine is the almighty evil of the game. Then lo, Skyhold is introduced and now I’ve got so much more to do. I’ve made my way up to the 40-hour mark in the game, and still have barely pushed forward the main story since arriving at Skyhold. Rather, I’ve been more focused on helping out one of my advisors whose family are being targeted by assassin’s, gather the resources to improve Skyhold and generally dicking around with the vast number of sidequests which I haven’t touched yet.

It is a brilliant game, and I’m kind of glad I only experienced it after I wrote about my Games of 2014. If I had played Inquisition before then, I don’t think I would have given second thought to any of the other wonderful games that were released last year. I’m currently taking a break from leading my Inquisition and improving Skyhold, I don’t want to get into a situation where I am rushing through the game without giving it the time it requires. But I’ll be back into it soon. Dragon Age: Inquisition, my much delayed Game of 2014.

This isn’t a Verdict, but it is close enough to being a review under our new style for 2015.

One thought on “Correcting my Game of the Year”