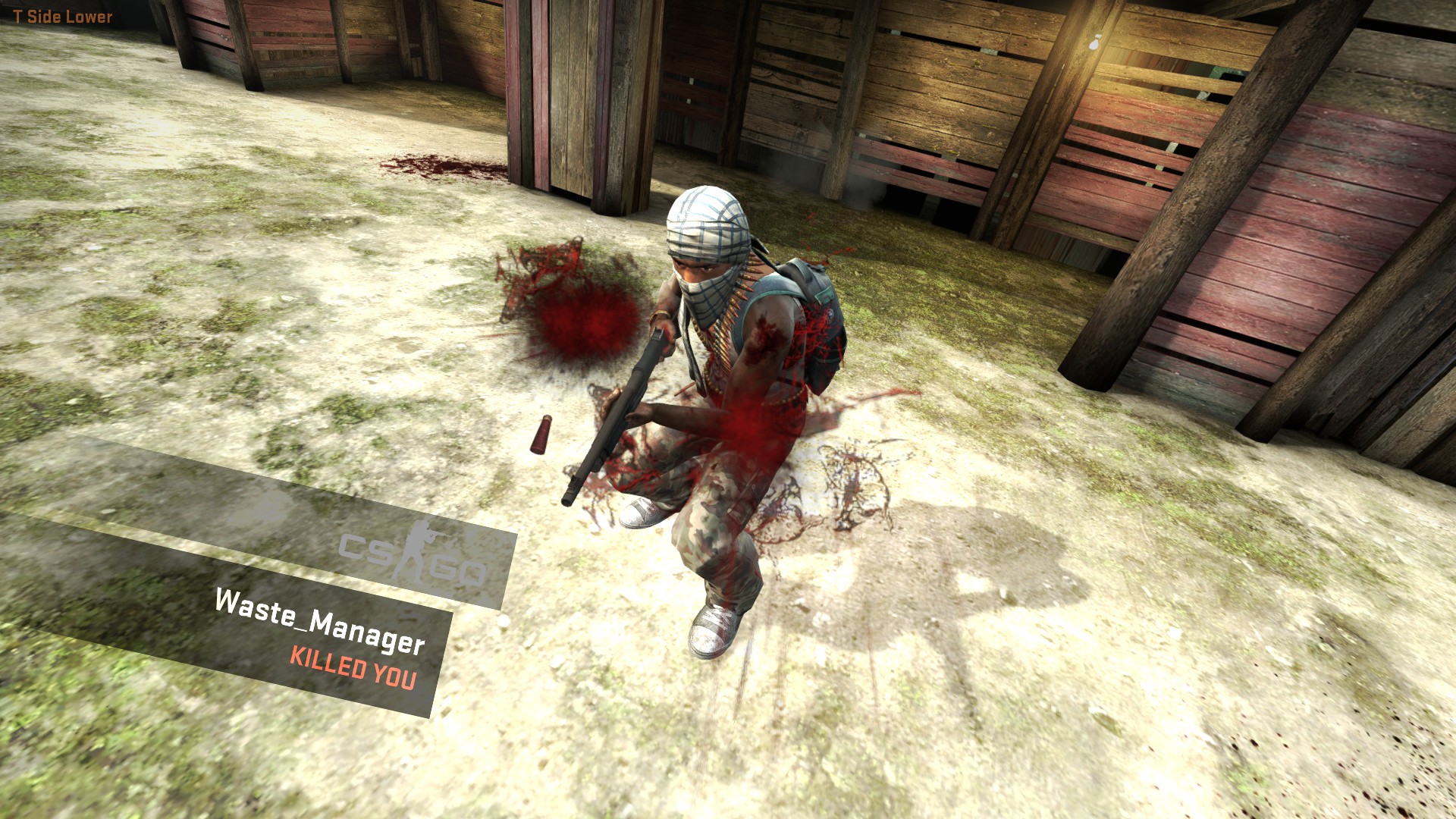 Global Offensive is the third retail release of Counter-Strike (fourth if you count Condition Zero), and is quite an impressive title. The basics are the same as ever, T’s vs. CT’s in a never ending battle over hostages and bombs.

Coming from Valve, things have obviously changed up a gear since Source was released all those years ago. They might not have turned it into a Hat-simulator like Team Fortress 2, but they have added a couple of new game modes along with a boot camp training level.

The boot camp is a good place to start things off, you get introduced to the basics of gunplay and bomb planting and disarming before taking on a short test course. The only reason you might play this for a serious reason would be to learn about the bomb if you are new to the series. Otherwise you can sit back and enjoy the banter from the voice walking you through the training.

If you are still unsure of your footing in the world of Counter-Strike and don’t dare to face human opponents, you can partake in some friendly bot action. Valve have become very skilled over the years with creating AI opponents, and the bots in Global Offensive are no different. Playing with them, progressing through their difficulty levels is a perfect introduction to the various tactics that you will encounter against real opposition.

When you feel ready to progress to the real thing you have a variety of game modes to choose from, two based on the classic game modes along with a gun-game mode and a mode known as Demolition.

The classic game mode is split into Casual and Competitive, after a few blasts in the Casual mode I knew it wasn’t for me. In this mode friendly fire is turned off, defuse kits and armour are provided by default and matches are best of ten rounds. It is an easy way to get into the game, and if you have never played Counter-Strike before, or haven’t delved into it for a while, it is a good place to start.

But it feels distinctly different from the Competitive mode where a large part of the decision making process comes when you are buying your weapons. Do you pick up the defuse kit or pack in an extra flashbang, do you buy armour in every round or save your money for an AWP? These decisions make the Competitive mode that much more intense and rewarding than Casual and ensure that it is the definitive game mode to play for the full on Counter-Strike experience.

Surprisingly though, I have enjoyed the Arms Race mode more than the Classic modes. Arms Race is a gun-game based mode and is non-stop action. You progress through the different weapons in the game, pistols, SMGs, heavy machine guns and the rest with every kill until you get to the knife. It isn’t entirely free-for-all though as you are still split into T’s and CT’s, so you are fighting the enemy while also racing against people on your own team to rack up the kills. As players get close towards the final knife kill things get ever more tense as you are constantly trying to keep up with them. Maps are compact and well designed creating a constant flow of action.

Demolition mode offers a similar twist, but takes place in rounds with a bomb rather than a purer deathmatch style found in Arms Race. When you get a kill in Demolition you unlock the next weapon in the list for the next round. This is definitely a team mode with the Terrorists trying to plant the bomb and the Counter-Terrorists out to stop them or defuse it, unlike Classic mode, there is only one bomb site in Demolition which provides for shorter, sharper battles. While it doesn’t quite match Arms Race in my mind, it is still good fun and a fantastic alternative to the Classic mode.

In short, Valve have continued the legacy of Counter-Strike with a very well rounded game which is much more welcoming to newbies than I imagined it would be while also offering something for the hardcore players and those who want a casual fling. It may not innovate, but what is does, it does brilliantly. That is without mentioning that it is a relative bargain at only £12 on Steam. This is a must-play shooter.

Please read this post for more on our scoring system.

One thought on “Counter-Strike: Global Offensive – The Verdict”