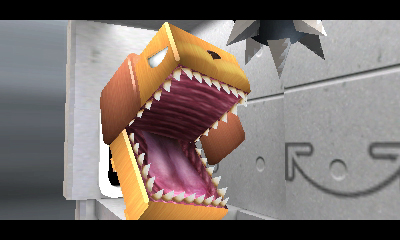 Speaking as a gamer with some twenty years worth of experience, I personally believe that there are few things that bring about such a colossal feeling of disappointment than seeing a game which fails to fully realise its blatantly obvious potential. Most of the games I’ve played that have fallen into this category have been the licenced cash-ins; those games that have been based upon widely popular and usually awesome properties and lend themselves so well to a game adaptation that it’s absolutely infuriating when you play them only to find that they wear their rushed development cycles on their sleeves.

These games are a dime a dozen, so I for one have started to become desensitised to such things. However, one occurrence that continues to irk me – and always will do – is when a developer appears to have the perfect ingredients for a must-play title seemingly within a firm grasp, only to get butterfingers before the game’s release. Such an instance of a severe balls-up is upon us once more. The developer? AQ Interactive. The game? Cubic Ninja.

Playing as the titular ninja, named CC, it’s up to the player to rescue the princess of an unnamed country – which is apparently east of the Far East – from bandits wearing lab coats, of all things. What transpires is an often infuriating journey through one hundred short levels that, while challenging in their devilish design, are completely at odds with what should be Cubic Ninja’s main selling point: tilt controls. Indeed, the back of the game’s box actually asks the question, “who needs buttons?”, but within mere minutes of trying to get to grips with tilting the 3DS in order to manoeuvre CC through obstacles such as spikes, pinball bumpers and mines, it was made abundantly clear to me that Cubic Ninja held the answer to its own query. Holding the 3DS level, you then tilt the handheld in whichever direction you want CC to travel. The problem here is that it’s not even close to being responsive enough, which makes quickly changing direction in order to avoid a trap all but impossible. Worse still, Cubic Ninja also employs a depth mechanic, in that you’ll also need to physically turn the 3DS upside-down in order to bring CC closer to the screen and get him around protruding sections of each environment. I’ll be honest: that’s every bit as impractical and ridiculous as it sounds, often even requiring the player to move the 3DS in such a way that they won’t be able to physically see the screen. Luckily, the option to use the analogue pad for movement is included. It’s marginally more responsive than using the tilt control method and thus it renders Cubic Ninja slightly more bearable to play – plus as an added bonus you won’t have to concern yourself with whether or not you look like a complete prat while playing Cubic Ninja on a bus full of people – but it’s still far too sluggish; certain levels require pixel perfect movement and CC’s slow and unresponsive movement makes navigation an utter chore all too often.

Unfortunately, Cubic Ninja has further issues. After activating them, CC can manipulate certain objects such as bombs and wrecking balls; these objects simply mimic your movements, so if you move CC to the right then the ball or bomb will move to the right, and so on. The problem here is that a fair few sections require you to move so far away from, say, a wall that needs to be destroyed by a bomb, that you won’t actually be able to see whether or not said bomb is even where you need it to be. Furthermore, the game never actually tells you that you’re controlling the movement of these objects. In fact, I only found out by accident during the first of the five boss fights, which are disappointingly easy, despite the controls doing their best to hinder you. Cubic Ninja’s admittedly excellent level creation tool proved to be the biggest source of disappointment though. It’s a cinch to use and allows players to craft environments that actually cater to the game’s sluggish controls and share these custom levels with friends; however, because next to nothing is unlocked from the outset I had to slog through the story mode until I’d unlocked all the items in order to create anything remotely worthwhile. Of course, AQ Interactive would have intended the level creator to be a reason for players to keep coming back to the game after they’d completed it rather than have it comprise the bulk of what Cubic Ninja had to offer. Personally though, I don’t have much faith in players having the patience to endure through enough of the story mode and gain access to the desired tools.

While I can openly applaud the game’s level design, visual style and the ease of use of its level creation tools, I found that the poorly thought-out tilt controls and the decision to lock out most of the level creation components made Cubic Ninja too frustrating to be any fun. Had AQ Interactive allowed players to craft their own experience from the outset and tailor their own experience around the infuriatingly sluggish controls, I’d be singing a different tune. There’s a lot of potential here but as it stands Cubic Ninja is victim to far too many poor design choices and as a result never fully realises that potential and unless you’re particularly forgiving and willing to overlook some major flaws, I recommend you give Cubic Ninja a miss.