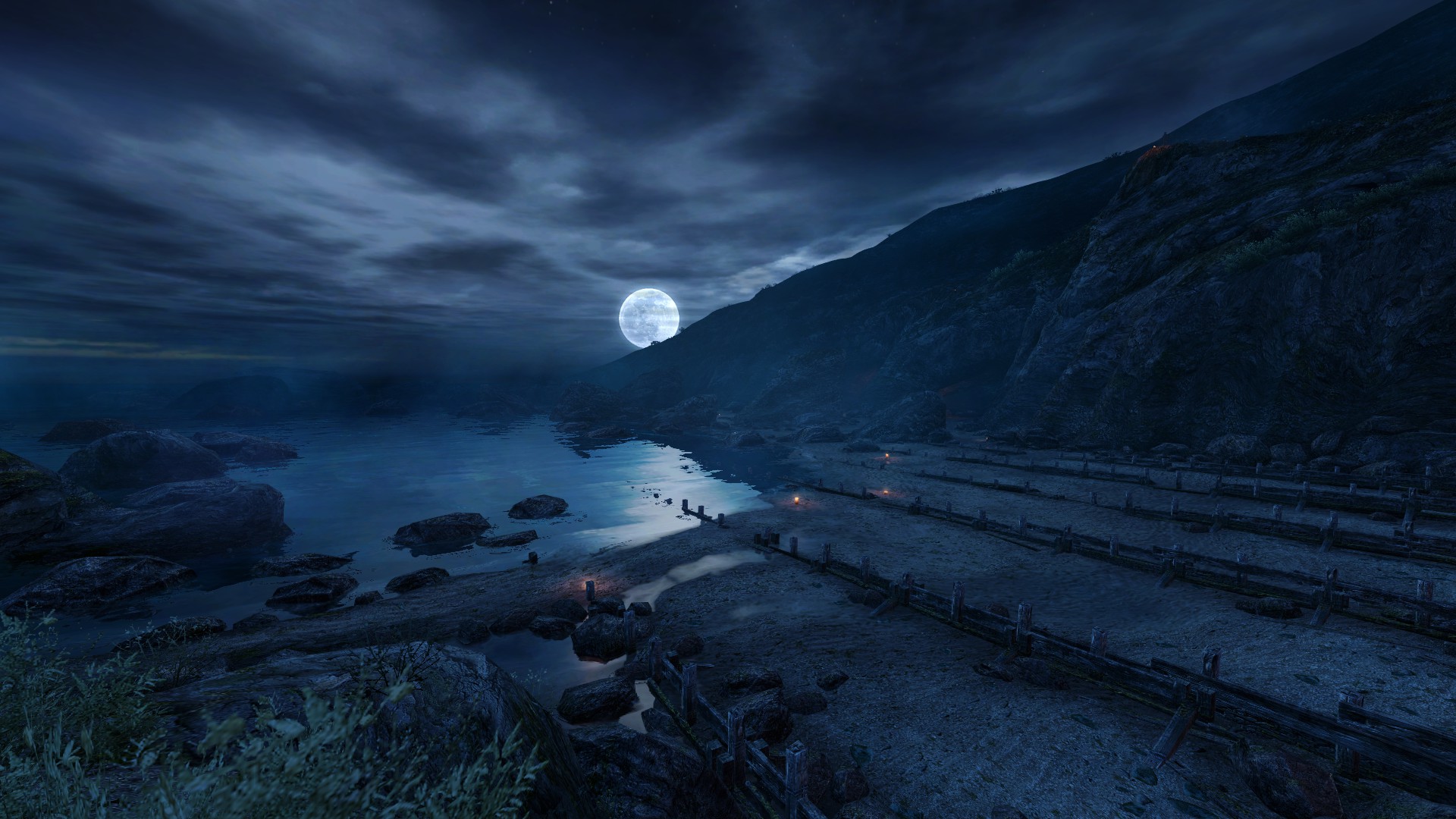 One evening this winter, a piano-playing friend of mine invited me along to a concert and ‘artistic installation’ he was involved in, held inside a quaint little medieval church in Hove. The place was lit with candlelight, with fake trees positioned to cast flickering shadows about this strange village church in a busy city. Handed a little plastic cup of mulled wine, I sat listening to my pianist friend, debating with another friend whether ‘this was it’.

Pleasant and meditative though it undoubtedly was, we began to think of when our obligation was up – It was a Sunday and we had other things to do. Then the vicar of the place suddenly appeared and painfully impressed upon us how incredibly fortunate we all were to be there to witness the extraordinary whatever-the-hell-it-was we were there to see.

In the next half-hour, we saw participants search around our feet with torches, we saw the shadows of cut-out homes cast against the wall and we saw backlit bedsheets daubed with images of a forest as the piano played. A male narrator told a story about a city’s decline and destruction by a returning forest. At one point, the woman responsible for the piece ran headlong into a wall of cardboard boxes. At another she handed out ‘sweets’ (pieces of paper containing random lines of philosophy). For several minutes, she controlled the swooping motions of a cloth seagull, once again shining a torch under it in yet another shadow display. Upon leaving the church my friend and I paid the experience the most scathing compliment we had at our disposal. “It went on for about the right amount of time”.

Why bring this up in a review of Dear Esther? Because it’s open season on trying something new, or just being plain old pretentious? Well, I do it firstly because finding anything to compare with what Dear Esther is trying to pull off with the help of videogames alone is a little on the difficult side. But I mention it also for the uncanny similarities: the artistic pretensions, the sole male narrative voice, the ‘what do you think?’ attitude to meaning, the piano accompaniment, the split between the urban and the desolation of nature, the flashlights, the seagulls. Perhaps the defining aspect of both experiences is that some blundering fool has stood up at the beginning to tell you how incredibly important it’s going to be.

I’m still undecided as to whether what I saw that winter evening was genuinely of artistic interest or just a bunch of pompous twaddle. But it’s impossible to claim that the experience wasn’t memorable: I remember its key moments quite vividly. And so it is with Dear Esther, an experience dense in meaning and atmosphere that has resonated in my mind in the familiar way that all such things do, whether I’ve fully enjoyed them or not.

Dear Esther places you on an island somewhere in the Hebrides, and if you were to guffaw a genre onto it, you settle on ‘First Person Ambulator’. The two mechanisms you have for interacting with the world, and your only objectives are walking and looking: aside from your arrow keys and mouse-look, all you can do is press ‘E’ or ‘Mouse 1’ to peer a little closer at details in the world. Exploration is rewarded with bursts of narration, alluding to why you might be on the island, its history, what it may represent in the narrator’s disorganised mind and of course, the titular letters to Esther that reveal many of these thoughts. Every time you play you hear a different mix of these elements, and sometimes different spins on the same lines. Each time, you learn a little more about the story, whilst having an experience with a slightly different timbre each time. An interesting effect, certainly.

There isn’t anything more to it than that, which makes it sound a lot like one of those rubbish audio-guides that you get handed at the museum. But in fully updating the experimental, highly original Half-Life 2 mod, thechineseroom have created something truely enthralling.

There’s no doubt that the commercial Dear Esther‘s Hebredian island is a far more beautiful place to visit than that in the prototype – everything from the way that the land is shaped to where streams have formed seems authentic. Even at the game’s trademark walking pace, trudging along a dirt path, through thick scrub is an incredibly immersive experience. And yet, immersion isn’t the graphical aspect’s only achievement. My experiences with the original mod, underline this – the level of thought and detail that has gone into the environment serves the experience’s themes.

At its most simplest, this means that the commercial release doesn’t bludgeon you with its meaningful paint symbols, simply because there’s more to distract you from finding them (which becomes, on the first playthrough at least, a rewarding element of ‘play’). Also of note is the fact that the first map now contains views of the all-important communications mast in the distance – the way that the landscape seems shaped to frame it suggests that this isn’t just another fortunate by-product of the graphical update, but a meaningful authorial decision.

Perhaps the biggest overhaul in comparison to the mod comes in the cave section, which feels a lot larger – and with good reason. The caves are simply stunning, the otherworldliness of their lighting and stalagmite adorned shapes serving the emotional arc perfectly. In fact, when one of the narrator’s lines specifically calls attention to what this cave excursion symbolises, it now feels heavy handed.

The visuals demand comment, but only because they’re the pillar off the experience which has had to improve most dramatically. The piano-led musical score remains beautifully expressive, new cues and adjusted pieces creating a far more satisfying package – but the fundamentals were always there. Another area of definite improvement is simply indiscernible because it’s doing its job properly: the sound effects are so appropriate that you don’t really notice them. But in an environment where gazing out to sea and listening to the howling wind is an unlikely highlight, you’ll realise how neatly each element has fallen into place.

It’s impossible to identify any one significant point on which Dear Esther could have improved, yet the obvious criticisms that circle around it are difficult to dismiss entirely. Essentially, if you think that one hour is too little game, and that a walking game of dot-to-dot isn’t actually a game at all, I don’t really have a way of countering that – if you’ve never enjoyed a mouthful of fresh-air or a reasonably long walk, sitting in front of a screen and doing it probably isn’t going to convert you. Among the rest of you always open to new things, and others, naturally hostile to anything visibly trying to be new will be those willing to give the executable a click. Neither set is right or wrong.

Giving Dear Esther a rating, I’m even less confident than usual about whether those who read the review will like the game, or feel that they got their money’s worth. But I am unusually confident that you’ll actually remember trudging through it. And how many products you’ve purchased in the last five years can you say that for?

For more information on our scoring system, please read this post.