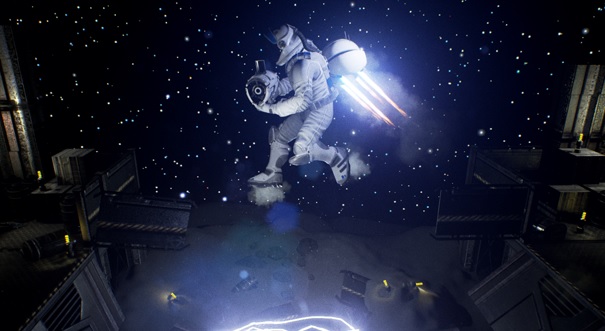 Deliver Us The Moon is fresh out of a successful Kickstarter funding campaign and after having seen a trailer or two I decided this sci-fi survival/adventure game was due a deeper look. Upon first booting up the game I noticed that for a small indie team based out of Holland, developers Keoken Interactive have done a brilliant job with the visuals. Sure there are the odd optimisation needed here or there but for a demo this rates up there with the standard of many AAA demo’s I have played in the past. Solid mechanically, responsive and easy to control, not glitchy, interesting level design and probably the stand out thing for me in this demo is the lack of hand holding. There are a few pointers here and there but in most cases it’s up to you to figure out how to use equipment and decide what direction you should be heading in.

The demo is a short one lasting about 15-25 minutes and you can find my gameplay/commentary of the demo below.

The Kickstarter campaign might well be over but Deliver Us The Moon is still available to back on the official website and the first episode (of five) is due for release August 2016.