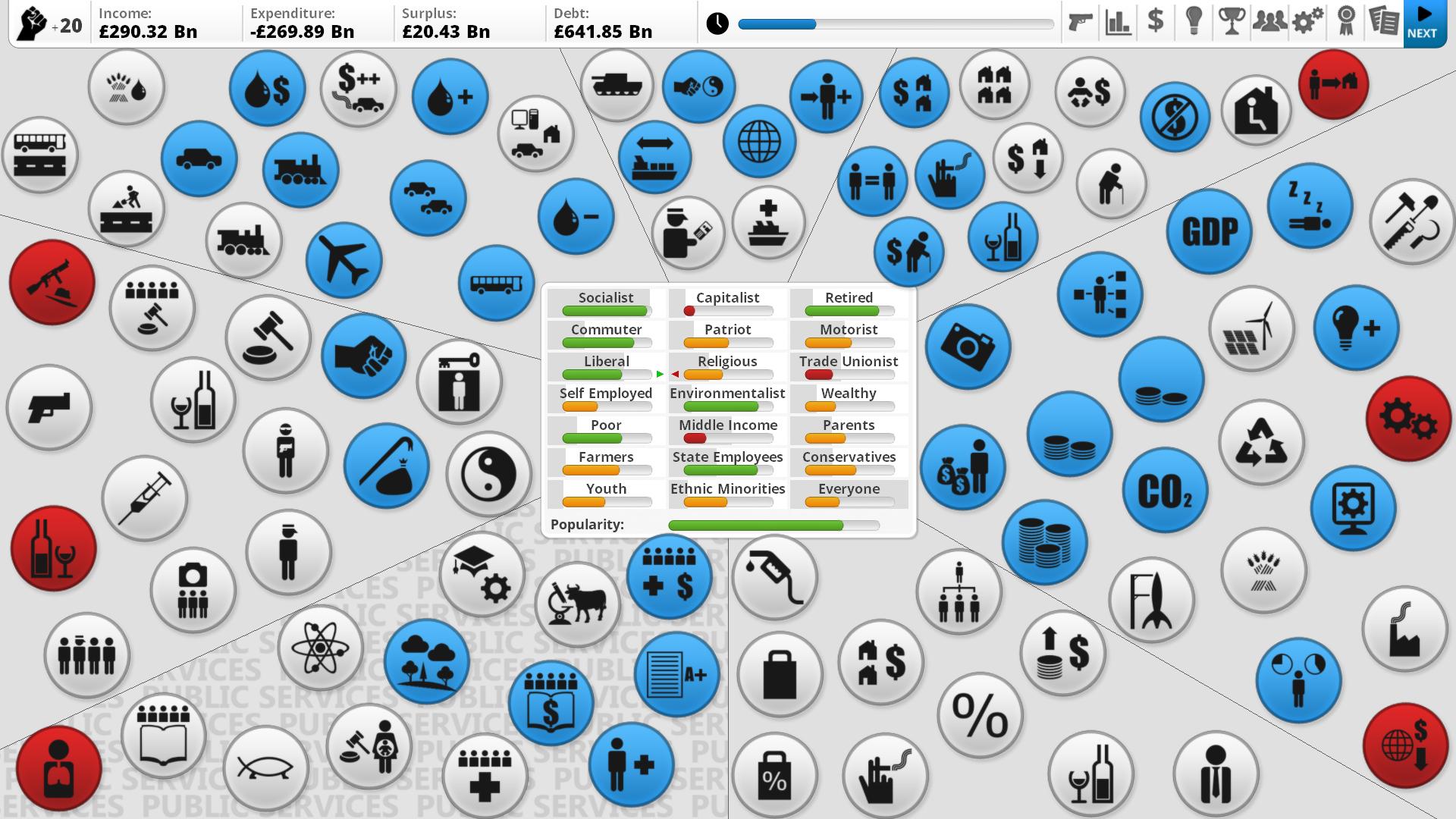 I know what this country needs, it needs me as Prime Minister. Well, if my time with Democracy 3 is anything to go by that is certainly true.

This is a game that I first glimpsed at Rezzed and spoke to developer Cliff Harris at length about. I was excited for what was to come after getting a look at the game back in the summer (we are in autumn now aren’t we?) and my first impressions are very positive. And not just because I have won two elections in a row, my second an undisputed landslide victory. All done with a lovely financial surplus after wiping out Britain’s massive national debt from the start of the game.

Ok so maybe things are a wee bit easy right now, but that is why the game is still in Beta and why this is just an impressions piece, not a full blown Verdict. It seems a bit rough around the edges in terms of balancing, and once or twice it has taken a bit of time to load a new turn, but they are just by-the-by comments.

With a lovely new interface it is now so much easier to see where your various policies are having an effect, seeing various lines go whizzing between your red issue over unemployment and your blue GDP issue lets you ultimately see that it is your tax policies snarling your economy up. Whether you can make any required changes without destroying your popularity with voters is another thing altogether.

I’ve been having fun turning my economy into one supportive of green incentives and moving towards a hi-tech economy. Stopping any teach of Creationism in schools and launching a Space Program have been some high points.

Though to avoid issues with cyber criminals and stem the flow of Capitalist and Religious militant groups I’ve found myself throwing a lot of money into my Police and Intelligence Services. Not exactly a move I wanted to make, but essential to keep things stable.

I’m really looking forward to things being balanced out a bit more over the next few weeks, and I will certainly be keen to take on the challenge of nations like Germany and Canada. If I had my way, I would probably look to make Democracy 3 part of the national curriculum.