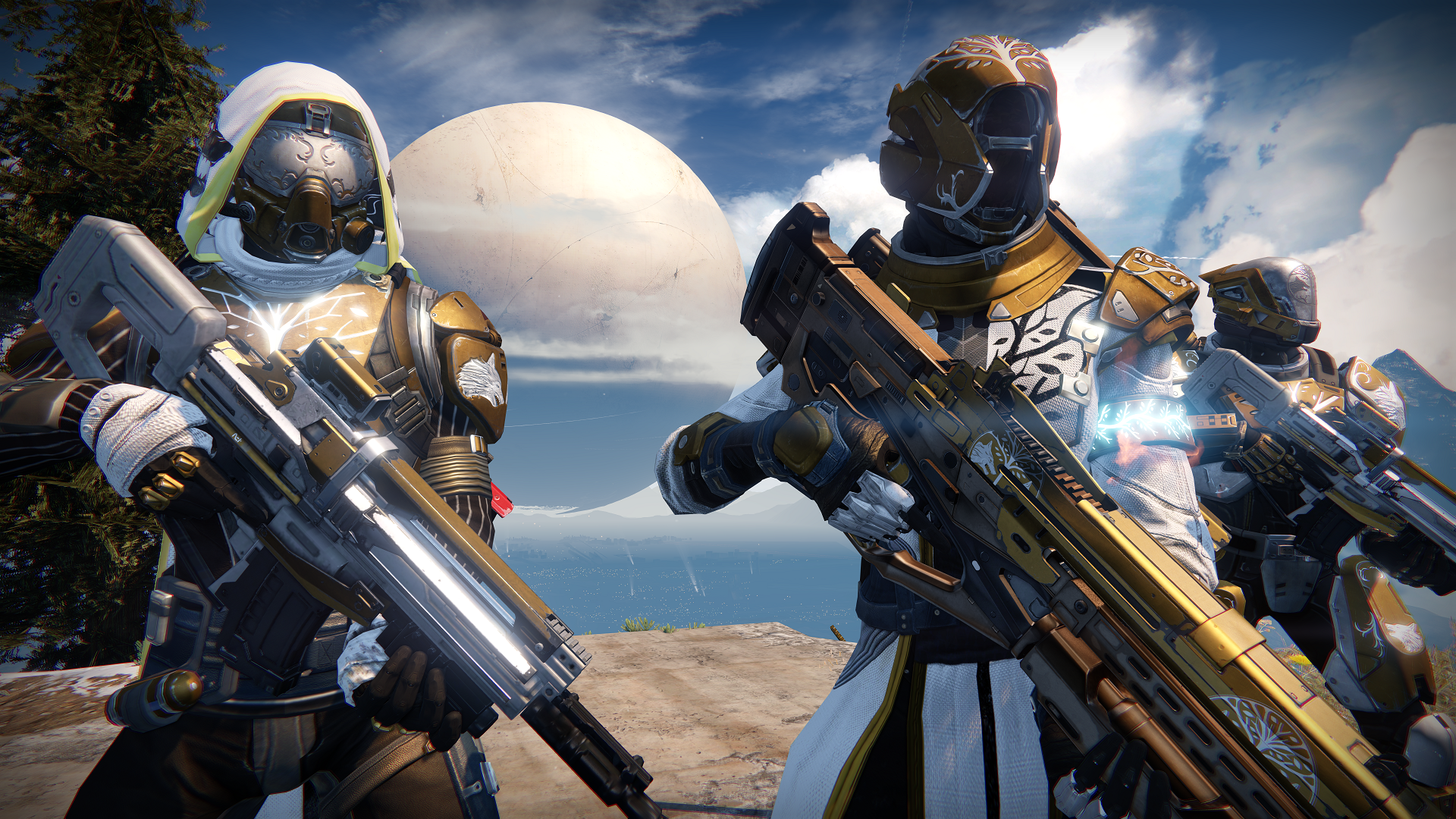 A month after Destiny launched, and I finally getting around to writing my Verdict. Why has it taken me so long? If you cast your mind back to when Steve and myself shared our thoughts on the game, I made the argument that Destiny is much more of an MMO than a normal game, and that as with any MMO, you need to give it time to mature before taking a critical look at it.

After a month then, I am at the brink of hitting the mythical level 20, I’ve finished the single-player story missions, I’ve completed one Strike (twice) and I’ve been devastated in the PvP arena known as Crucible. As I just fairly well laid out a few key parts of the game, I’m going to break with normal Reticule practice and actually structure my Verdict. Here we go.

When you start Destiny for the first time you get to create a character with appropriate races and classes. Classes are split into three broad clichés. A Titan focused on all out power, Hunter who prefers stealth and sneaking, and a Warlock who goes towards more magical tricks of the trade. Those are very broad-brush descriptions as each class has two sub-classes, one which is locked until you reach a certain level. Each sub-class has their own ability panel, you can see my Warlock’s skills below.

It is all fairly straightforward at first as you earn experience through kills (both PvP and PvE), completing missions and bounties (bonus and special objectives). Once you hit level 20, traditional levelling ends and everything switches focus to earning Light from your gear. It is this Light attribute which increases your level further. I’ve been playing the game a couple of times a week for a listed total of 13 hours, while my friends have been playing for over a day (or two days) and have reached the high level twenties.

Levelling gets further complicated when it comes to the various shopkeepers that inhabit your home from home, The Tower. To start getting the really good gear, you need to be at least level 20. From there, you need to increase your rank for some of the different societies, with the Guardian class vendors and within the Crucible. It all starts to fall into place once you reach the higher levels and start completing Strikes and making big strides in the Crucible. When you are a lowly character, it can all seem a bit daunting, but stick with it, once you start to understand how it all links in together, you will start to appreciate the joys of this game.

There is a nasty habit of people saying that Destiny has no story, which have some value to it, but when you take a broader look, this is game which is full of lore. You start the game on a ruined and blasted Earth with Peter Dinklage taking the role of your Ghost (tech-whizz floating buddy) and generally getting ignored as you start shooting shit. You do a few missions and The Speaker of The Tower talks to you. A few more missions and The Queen who hides out in The Reef starts to talk to you. In between, as you take on missions, Dinklage posits some more story in your face. Unless you are paying attention, it can all seem a bit trivial. Especially as you can complete missions in any random order you like once they unlock.

If you want to know more about the lore of Destiny, check out the Grimoire cards which are another reward for killing folks or completing different tasks. Where can you find out more about these? On the App or on your PC. If they exist within the console build, I haven’t found them yet. They will shed more light on the goings on though. So too will the planet viewer which might be worth a look for those who are left entirely confused.

Regardless of the Grimoire cards and planet viewer, I reached the end of the single-player missions and felt a bit underwhelmed. Some of the missions themselves are wonderfully crafted, others can be finished off in double quick time, but it is safe to say they don’t form the heart of the game. If you play them co-operatively, that really does add something to the experience….but you aren’t going to pick up any of the story that way. What is good though is that you can nicely jump back and forth between missions even once you have finished things off.

Strikes (and a Raid)

Strikes are big, meaty events which you can’t play by yourself. You can either be matched up with two randomers, or jump in with two friends via the in-game Fireteam grouping system. Strikes contain some story elements, but are more concerned with throwing you against some massive enemies and pummelling you until you want to give up. I completed my first Strike on Earth when I was a couple of levels ahead of the recommended requirement. With two random chaps, it took us an hour of constant battling to complete.

The other night I took part in the same Strike again, but this time it was a Weekly Heroic Strike where all the enemies were at least three levels higher than me. As you can see from my stats, it was quite brutal. But still, Strikes are fun, especially in a team of friends and they are one of the key ways of racking up big kills and (hopefully) getting some nice loot.

I haven’t got to the Raid yet, The Vault of Glass requires characters to be level 26 and a team of six friends to start. I won’t be there for quite some time.

The Crucible is home to the player vs player element, and I switch between thinking it is great and thinking it is horrible. Why horrible? There are one or two maps which I really don’t like and you have no control over what maps you play on…and at times I just get so heavily outgunned by the high level players. Why then do I think it is great? Simply because the action is great, as it is elsewhere in the game. Shoot that chap to your left, grenade the group to your right, jump and glide to the guy ahead and melee him. Then jump to another side of the map and repeat. It is a combat loop that Bungie crafted in Halo and have been perfecting ever since until you get to Destiny.

As with anything in Destiny, things are just that much better when done with friends.

When you start to consider that we have an MMOFPS on our hands, not any normal FPS, you can start to appreciate everything. There is single-player PvE, co-operative PvE, Raiding along with PvP which has team modes and solo modes. It has everything you need, and the game has evolved so much since launch. Weapons have been balanced and nerfed, new Crucible modes have been added, daily and weekly events come and go. It isn’t without fault, keep in mind what Steve and I wrote about it, but it is truly worthy of picking up a next-gen machine for.