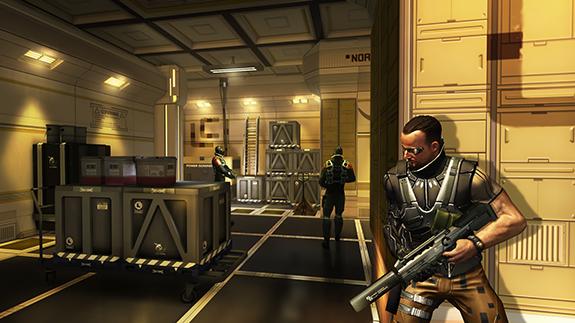 Deux Ex: The Fall is the fourth game in the Deus Ex series, the first of which has been released exclusively for iOS devices today. Set in 2027 the game follows a new protagonist Ben Saxon who was a former member of the British SAS and an augmented mercenary.

The story is a direct follow up of the book Deus Ex: Icarus Effect, which in turn tied in with 2011’s Deus Ex: Human Revolution, expect to see recurring characters and story themes. As the video below will show you, the gameplay looks startlingly similar to that of Human Revolution and it’s a wonder to me why the developers have chosen not to release this on consoles.

Deus Ex: The fall is available from the app store right now priced at £4.99