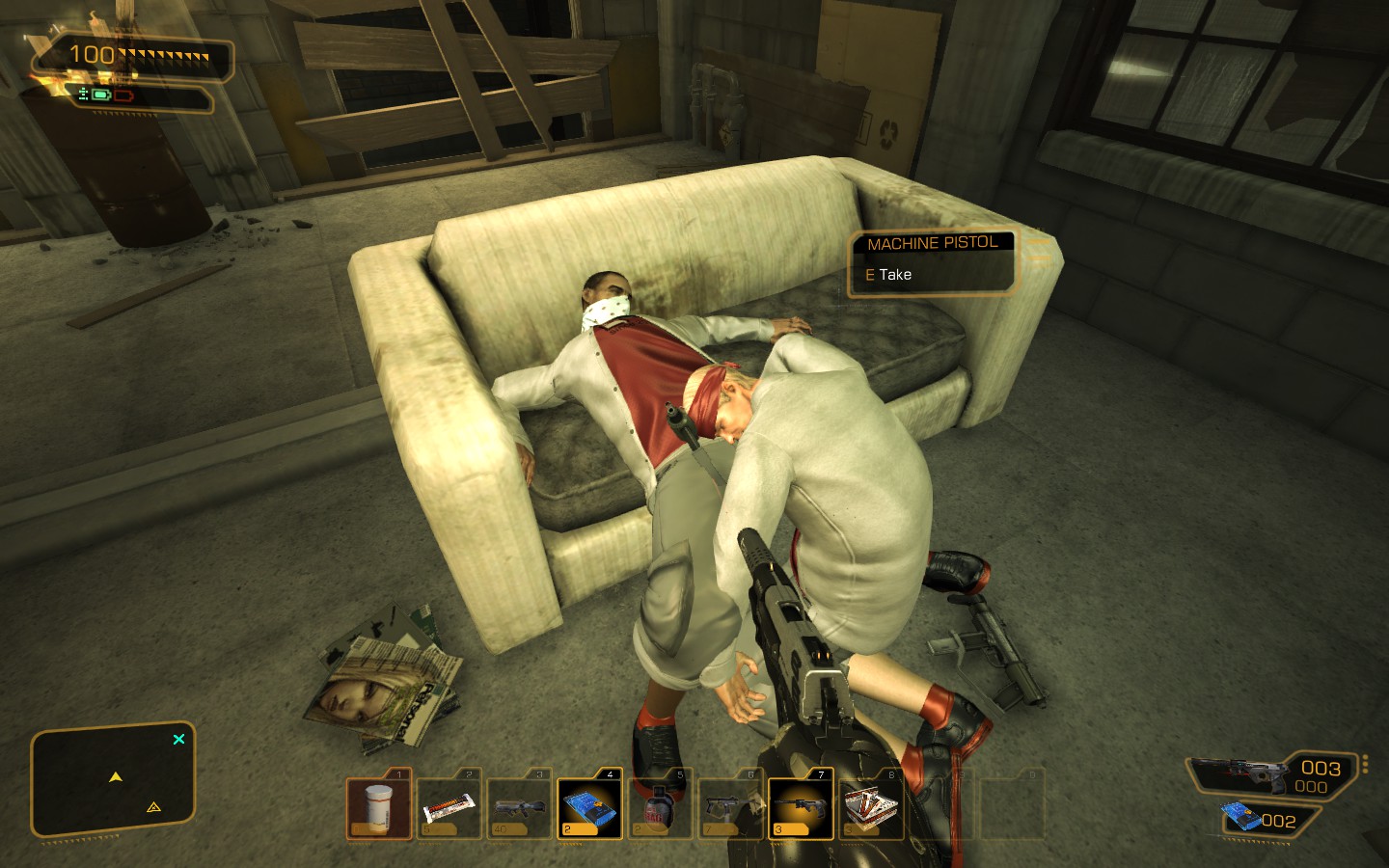 A little while back it was reported that the latest Deus Ex title was going to feature in-game billboard advertisements, ala the likes of Battlefield 2, and recently people have spotted the Star Wars Blu-ray, of all things, advertised on its loading screens. So far- at least from my experience of running around crushing people with beverage dispensers- I’m yet to encounter either. Perhaps it’s something that will crop up later depending on region, or not at all. But it got a few of us over here thinking!

Imagine, for a moment, what the likes of Steam could do if some marketing agency decided to get their claws into such a platform. And let’s assume that this hypothetical agency had the scruples of a pirate whose mother has just been insulted by a game dev. And by that I mean a literal raid-and-ravish sword swinging type.

Banner ads on chat windows. Pop-ups for erectile dysfunction medication instead of achievement notifications. Ticker-tape texts for special offers in your favourite shooter’s HUD. Executables rummaging around in your files to share your installed programs and other system information with third parties.

Oh, someone may have already thought of that last one? Well what do you know. Tying an upcoming title to it is diabolical in its simplicity, Evil Incorporated is proud.

But all that’s a silly extreme. We understand that alienating your advertisers and your players isn’t a successful tactic for a publisher; if adverts are obnoxious in their invasiveness, then the review scores suffer and cannier customers keep away.

I remember playing a downloaded release of Psi-Ops for free, with the stipulation that I viewed a thirty second advert every time I fired it up. That seemed… well, pretty damn reasonable actually. For all my naysaying, I’m yet to encounter a game that utilised in-game advertising in an unbearably grating fashion.

TV is awash with commercials, we know that product placement is alive and well in movies- we all know that games are a big doorway to the young male demographic.

And yet on the whole many of us are a little bit suspicious of the idea, and some marketing agencies aren’t so sure either. Advertisers have qualms about the ease of determining the success rate of their ads and gamers are concerned about being distracted from their experience, of shattering their immersion.

Then again a film can feature cringeworthy product placement- constantly keeping the item in shot, referring to it in the script, even making it integral to the plot- but that doesn’t guarantee that all such instances in the industry will be as glaring. But maybe the very fact that film producers let such things happen has made us wary of similar things creeping into our other hobbies.

Of course there’s varying degrees and definitions of “in-game”. There’s a difference between a giant billboard advertising fast food within the game world and the same ad popping up on every loading screen. And I daresay we’re likely to be more forgiving if a real-world brand popped up in 21st century surrounds, but utterly aghast if Subway turned up in Azeroth.

So what do people think? Are we in for some sort of commercialised nightmare? Are we on the cusp of a golden age of ad-supported DLC? Or, god forbid, is the inevitable progression of advertising in different mediums entirely average and disinteresting?

Mostly we wonder what games have irritated you with their ads… and conversely, if there’s some who took an approach that you didn’t mind at all.