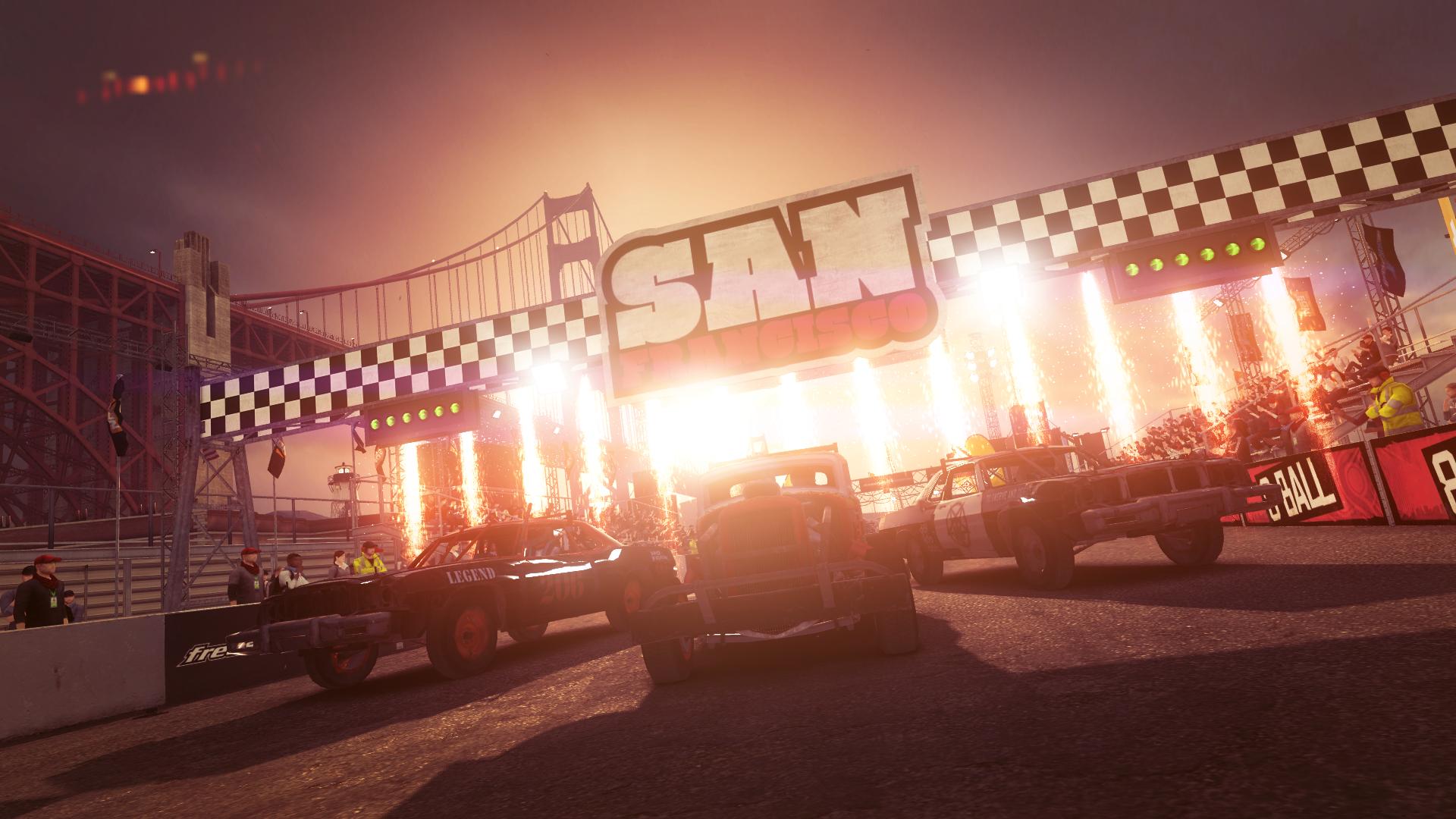 A demo was released the other day for DiRT: Showdown, the upcoming spin-off from the main series. Showdown is shaping up to be the arcade cousin of the DiRT titles with events like gymkhana and destruction derby at the fore. I’ve just had a little blast with the small demo on Steam, and I am not entirely sold on the concept.

The demo is split between a singleplayer race and a multiplayer event. The singleplayer race is called 8 Ball, and as you would expect with that name, takes place on a figure of 8 track which is clearly aiming to promote big hits at the crossover. Taking to the wheel of some classic destruction derby style vehicles is fun, but the inclusion of a health meter and boost option seem extremely out of place for an event which is meant to be a race. Not that the racing is up to much, the cars feel more floaty than arcade stlyed and the crashes are extremely underwhelming. I experienced more impactful crashes in the original DiRT.

The multiplayer portion, (which you can only play after challenging a friends time on the singleplayer track) is a bit more fun, it is a destruction derby mode against seven opponents, and while the bangs still lack any impact, there is a certain satisfaction in destroying an opponent and getting big points.

The full game may yet surprise me, and I hope it does, but I can’t see people getting much out of the singleplayer modes. Online should provide some fun, and the mix of Steam and Codemaster’s new RaceNet service seems to work well so far. Anyone else had a blast with this yet?