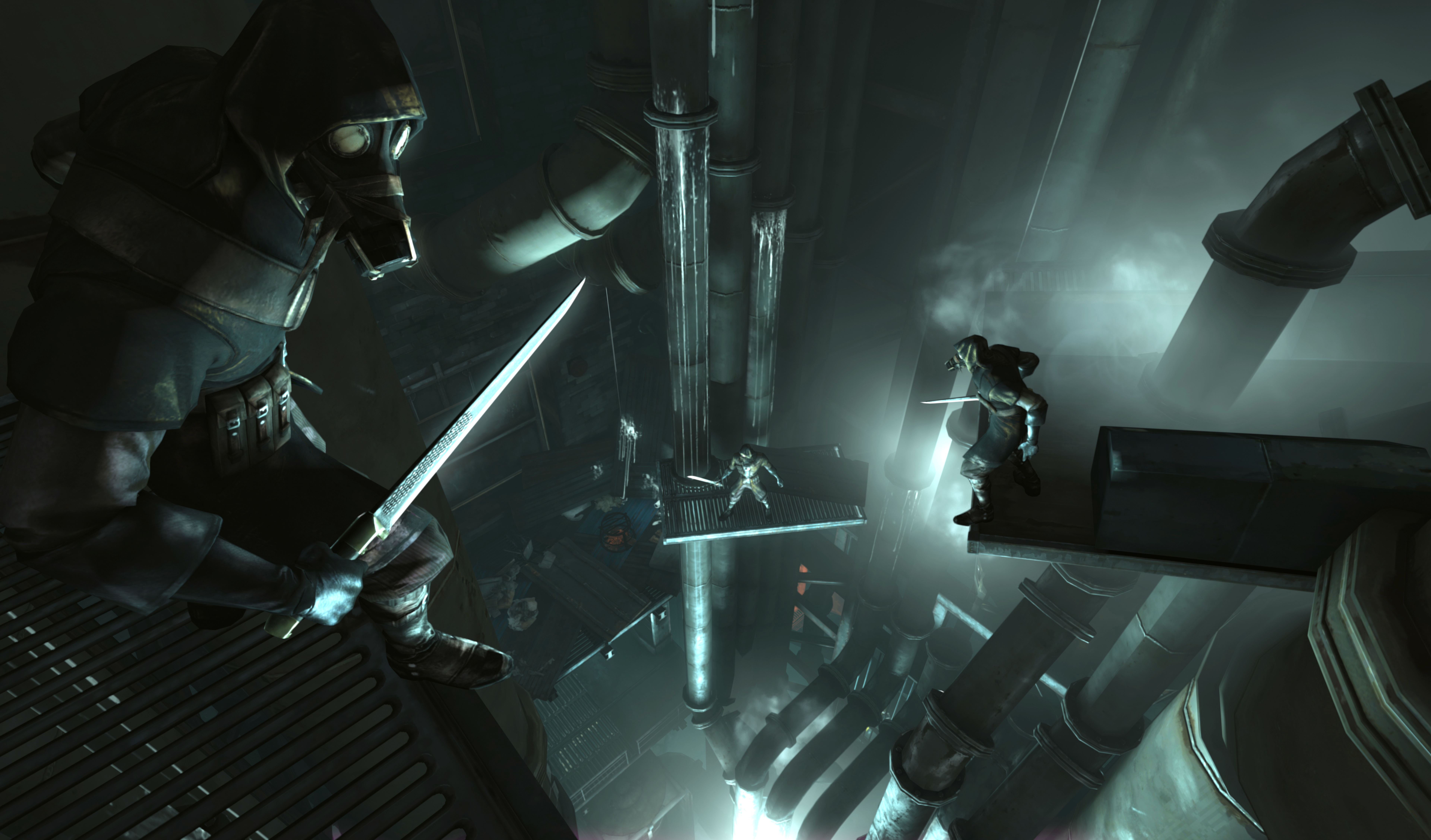 As I mentioned in my EG Expo Day 2 Roundup I managed to get a pretty decent session with Dishonored yesterday, and it was a brilliant experience. After the break is a blow-by-blow report of my hands-on session, enjoy.

The level on hand was Kaldwin’s Bridge where Corvo is tasked with infiltrating the house of shady character Sokolov and abducting him. That is the idea, but I haven’t so far pulled it off. My first hands-on with the game yesterday was very brief and I didn’t get to use any of the powers at Corvo’s disposal. My second test though was much more rewarding.

I started the level in an alley with three guards patrolling the area around Sokolov’s house and guarding a couple of prisoners kept behind a Whale Oil powered electric field. I thought I would make use of Corvo’s powers and summoned an army of rats to attack the guards. The appearance of the rats immediately alerted the guards to my presence and two quickly made a move towards me, the straggler was left to the rats. Luckily I had my handy cross-bow which made short work of the other two guards.

After the blood and guts of this brief bit of combat I decided to carry out my good deed for the day and rescued the prisoners by removing the Whale Oil canister from the generator. The kind lady I saved told me about a safe located in the derelict building behind her. My Blink ability came in handy here letting me jump up to the right floor, what pleased me when I got to the safe was that I had to enter the combination myself. The lady had told me the number which was recorded in my mission notes, but having to spin the wheels myself rather than having the safe open as soon as I saw it. Little things like that add to the game.

Having looted the safe I had no remorse in ransacking the rest of the house for coins and some health and mana potions. Even better, the house had a balcony overlooking the entrance to Sokolov’s house. Outside his door was a guard, I planned on vaulting over the edge and performing an assassination move. Things didn’t go as planned though (do they ever?) and I found myself falling into a river.

All was not lost, in the water were two huge water turbines attached to Sokolov’s house, I hitched a ride on these and Blinked across to a small side entrance to the building. Here I started to sneak around not wanting to cause any more trouble for myself. Emerging into a room with several guards I used my possession ability on one to get me through to somewhere a bit quieter. The trick wore off before I could get somewhere hidden and I re-emerged as myself in a room with a maid. Who promptly screamed her head off bringing in many more guards.

Some valiant sword fighting later with some heads getting lopped off and I was dead.

I was pulled away by one of the booth attendants as there was a growing queue of people wanting to play what will, if things work out, be one of the games of the year. I think I will be playing some more of this before the Expo ends.