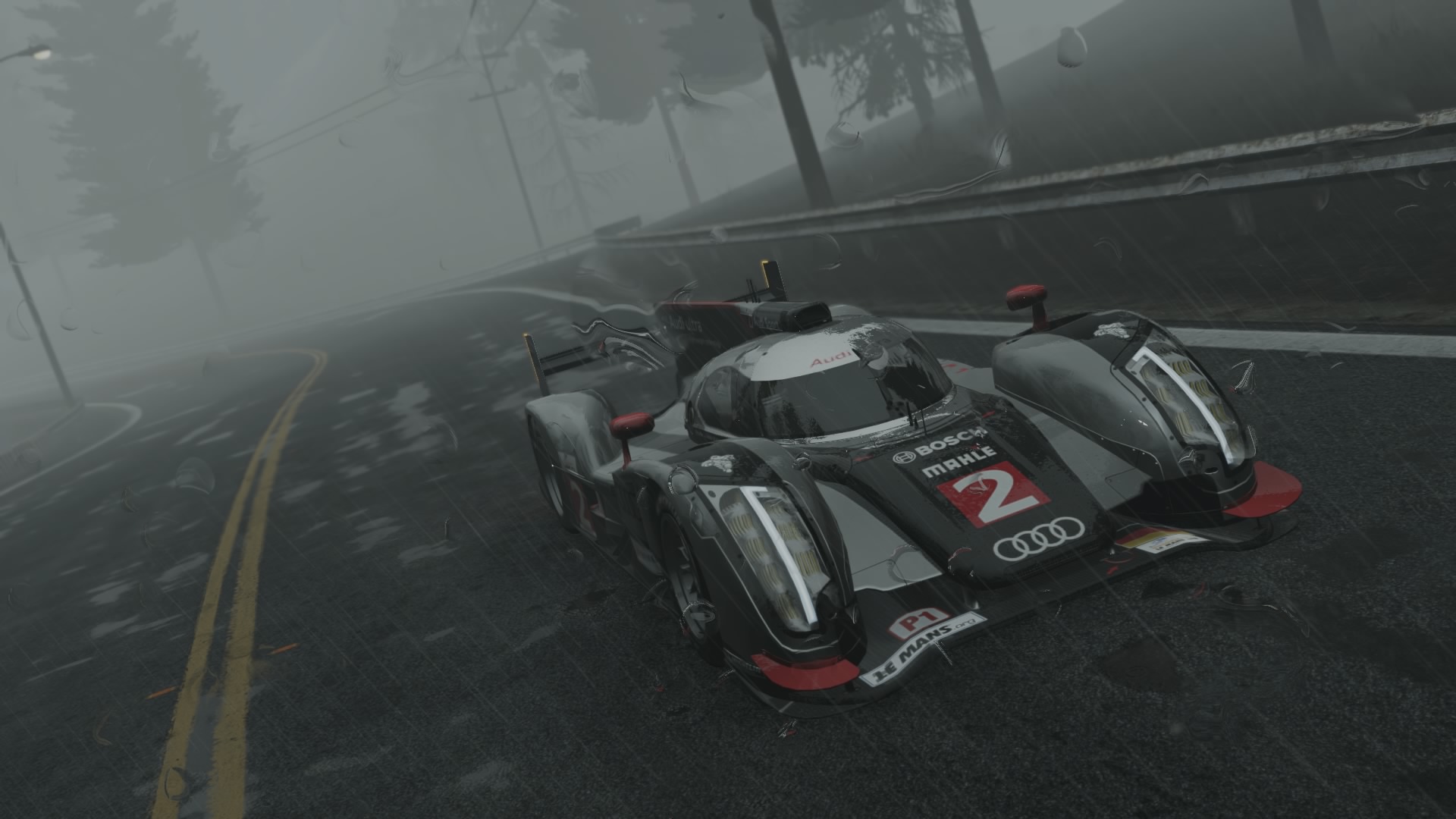 Have you picked up Project CARS this past week, looking forward to a racer which can challenge the hegemony of Gran Turismo and Forza? Have you started to play with a gamepad and found everything extremely frustrating to drive? Have no fear and don’t give up on it just yet. This is my tale.

If you are anything like me when it comes to racing games, you enjoy a wide range of styles, but you tend to stay away from the more hardcore sims like iRacing because, without a wheel, there just isn’t much you can do to really enjoy the game. When I first heard about Project CARS I was excited, this was coming from Slightly Mad Studios, the guys who made Shift 2: Unleashed, one of the best racing games of recent years that walked the tight-rope between hardcore simulation and accessibility. I tried the game out on various occasions on the PC during the lengthy development process, but whenever I tried it out, I just couldn’t get to grips with it. I couldn’t keep the cars from spinning out of control when accelerating, they were too twitchy on the straights and in the early days, the AI was awful.

Last year, I checked out Assetto Corsa while it was in Early Access and found it a challenge, but one that I could ultimately get to grips with. Yet even towards the end of last year when I checked out Project CARS, I still found myself coming up against a handling model that would ruthlessly kick me into a spin, seemingly regardless of what realism settings I had selected.

Fast forward to last week, and publishers Bandai Namco were kind enough to send me out a PlayStation 4 copy to take a look at. I duly inserted the disc into the console, navigated the introductory race in Dubai with a Le Mans Prototype and felt confident moving forward. I started a career from the bottom of the ladder in the junior kart championship…and promptly found myself wondering what was going on.

I could barely drive down a short straight without the kart skidding off-track or spearing into another driver. I put this down to the fact that karts, by their nature, handle differently to most other racing cars. With a bit of practice, I managed to have a 50% success rate of not breaking my machine. After numerous restarts I managed to win the Championship, but it wasn’t a fun experience.

I was excited, looking forward to a chance to race with real machinery with my RUF, but I promptly ran into trouble during qualifying. I couldn’t keep the car from understeering into corners while it was snapping out of control when I tried to accelerate out of the corners. I tweaked the set-up to make the car less prone to understeer, but still suffered badly. I wasn’t able to finish a qualifying lap without going off the road and having my time disqualified. The race was no better and I finished a lonely last.

I was puzzled, and decided to try out a quick race away from the career mode to try and change things around. I tried the Project CARS equivalent of a Formula One car (the vehicle licencing here and elsewhere in the game is hit and miss unfortunately) at Imola…and speared myself into the barrier within five-seconds of the green lights showing. A trip to the game settings followed where I franticly turned on various assists, effectively setting myself up with the Novice handling settings. I was able to get off the line, but as soon as I came to any corners, I didn’t stand a chance of staying on track.

By this point, I was getting extremely frustrated, but thought that it would be worth trying out some less powerful and aggressive machinery. I chose a BMW GT3, again at Imola, this time without Steering or Braking Assistance, but I retained ABS, Traction Control and Stability Control. I found that I could race somewhat decently…as long as I didn’t try and change direction. Corners were still off limits to me, while even on the straights, a slight touch on the left-analogue stick would set the car into an uncontrollable wobbly.

I had reached the point of wanting to throw my controller through the TV, fortunately I walked away before such taking such disastrous actions. As I mulled over my dissatisfaction with the game, I sought out some reviews to see if I was going insane and was the only one with these issues. Oli Welsh’s review on Eurogamer shone a light on my problems. Oli succinctly described the game as having an incredible depth of simulation, but one that you would have to dig into to get the most out of. He even commented on having to change the sensitivity of his controller to make the most of the game.

A bit of Googling led me to this extremely useful guide on some of the best ways to change your controller settings to cure the game of the unpredictable steering. I was in heaven, I tried my BMW GT3 experiment at Imola again…and was able to enjoy the race, something which I hadn’t done at all in the game to this point. I returned to my career, the second season driving the more powerful Superkarts. Things still weren’t working out though, and I decided to call it quits on that career and start again.

You see, one of the joys of Project CARS is that in career mode, you can choose where you start in the motorsport ladder. You can start at the bottom in karts like I did, or jump straight into the top tier of Le Mans Prototypes. For my new career, I decided to skip the karts and enter the Renault Clio Championship. With the controller settings sorted and basic driver assists turned on I finally started to see the game for what it really is. A fairly hardcore simulator that takes something of a Bloodborne approach to accessibility, leaving it to the user to find the best way to enjoy it.

I’m still in the process of tweaking my settings to find the right balance between simulation and fun. For now, I have turned the track guide back on (but that won’t be for long) while I am debating whether to keep tyre wear on or off. There is a massive difference in how the cars handle when racing on cold tyres compared to full heated tyres, and at the moment I haven’t decided on what approach I will take with these.

At the end of the day, Project CARS is a racer where you have to find the right balance of settings to suit how you want to drive. The initial options on starting the game of Novice, Amateur or Professional aren’t enough. Tweak the controller settings and spend some time trying things out with different driver assists to find the right balance for you. Underneath, you might just find that game which can match the Gran Turismo’s and Forza’s of the world. Just avoid the karts unless you are extremely brave.

Here I was at the Azure Coast in a 1970s Lotus F1 car. I escaped this crash unscathed…but just a few turns later

I think I’ve started to have some fun with this game.