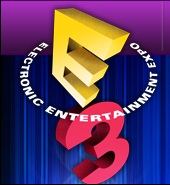 E3 is the biggest event in the gaming calendar. Since 1995 it has been the place where companies show their plans for the upcoming year and make big game announcements. This years E3 has been built up to be especially important with the planned reveal of Nintendo’s new console, firm details about Sony’s new handheld device and a big question mark over what Microsoft were going to bring to the table.

Microsoft took the approach of trying to reposition the 360 as a multimedia platform instead of just a games console. They announced that that they are bringing new partnerships to the 360 including YouTube, UFC, Bing and live television providers across the globe.

There was also a large focus on Kinect with a new Fable, Ghost Recon Future Soldier, a Disneyland simulator, Star Wars Kinect, Sesame Street: Once Upon a Monster and a shock reveal of Minecraft Kinect all being announced.

Microsoft also showed some love to their key titles; Forza 4, Gears of War and Halo. An explosion filled Gears of War 3 trailer was presented by Cliff Bleszinski and Ice-T who announced that he was reforming his band Bodycount to create a song about Gears’ horde mode. A surreal moment even for E3. A remake of the classic Halo: Combat Evolved was also shown to celebrate the games 10 year anniversary and a new trilogy of games for the series was announced.

Sony came into E3 in the weakest position after the recent PSN hacks. However, they got off to a strong start with a sincere apology from Jack Tretton. After a surprisingly skilful PR move Sony went on to show a strong line-up of exclusive games with Uncharted 3, Resistance 3 and Starhawk all being featured.

Many of the trailers were shown in 3D and it seems that Sony’s desire for the technology to become an industry standard has only grown stronger. They announced a 24” PlayStation branded 3DTV priced at $400 that has the ability to display different images to players wearing different glasses as well as conventional 3D.

The real star of Sony’s speech was the NGP though, which was officially named PS Vita and priced at $249 for the Wi-Fi only version and $299 for the 3G enabled version. Announced for it were a number of first-party games which included an impressive Uncharted game, Modnation Racers, a new LittleBigPlanet and a game being made by Bioshock developers Irrational Games.

Nintendo had a clear advantage starting E3 with a new home console, Project Cafe. However, their speech begun with a celebration of one of their flagship franchises, the Zelda games. After a montage of all previous games in the series they announced that Link’s Awakening would be coming to the newly launched 3DS store within the day. As well as demoing the newest game in the series, Skyward Sword.

The focus then shifted towards the 3DS as Nintendo announced upcoming games that put the launch line-up to shame. These included Mario Kart 3DS, Starfox, Luigi’s Mansion, Super Mario 3D along with some 3rd party titles.

Finally Nintendo turned to Project Cafe and announced its real name, the WiiU. Many of the rumours prior to E3 have been proven true as the WiiU controller will have a 6.2 inch screen as well as motion controls and touch sensitivity. Games announced for the console included Darksiders 2, Aliens Colonial Marines, Tekken and Ninja Gaiden 3.

From this year’s E3 it would appear that Nintendo and Microsoft are after each other’s audience. Nintendo, who in recent years have tried to corner the casual gaming market, look to be trying to regain their reputation with the hardcore audience. Conversely, Microsoft put their focus on the Kinect in a bid to win over the casuals.

It’s an interesting gambit for both companies. Nintendo still have a strong pull with the hardcore thanks to the nostalgia factor. With a quality first-party games line-up and they could easily regain their reputation if the WiiU can generate the same power that Nintendo claim. However, unless they are able to produce this at a low enough price-point, which is highly unlikely, they are almost certain to lose their casual audience.

Microsoft, on the other hand risk alienating their hardcore audience. Many gamers will feel that Microsoft have done the bare minimum by only creating sequels to their key franchises and by focusing too much on Kinect. Whether Microsoft can keep both the casual and hardcore fans happy remains to be seen, the immediate reaction after their conference would suggest not.

This leaves Sony sticking to their goals and coming out of E3 arguably the victor for it. They announced a strong line-up of first-party games, demoed a few Move titles and showed off the impressive new PS Vita. Even after a comprehensive apology though ,Sony’s real problem is regaining the trust of their supporters, E3 2011 has gone some way towards that but there is still a long way to go.