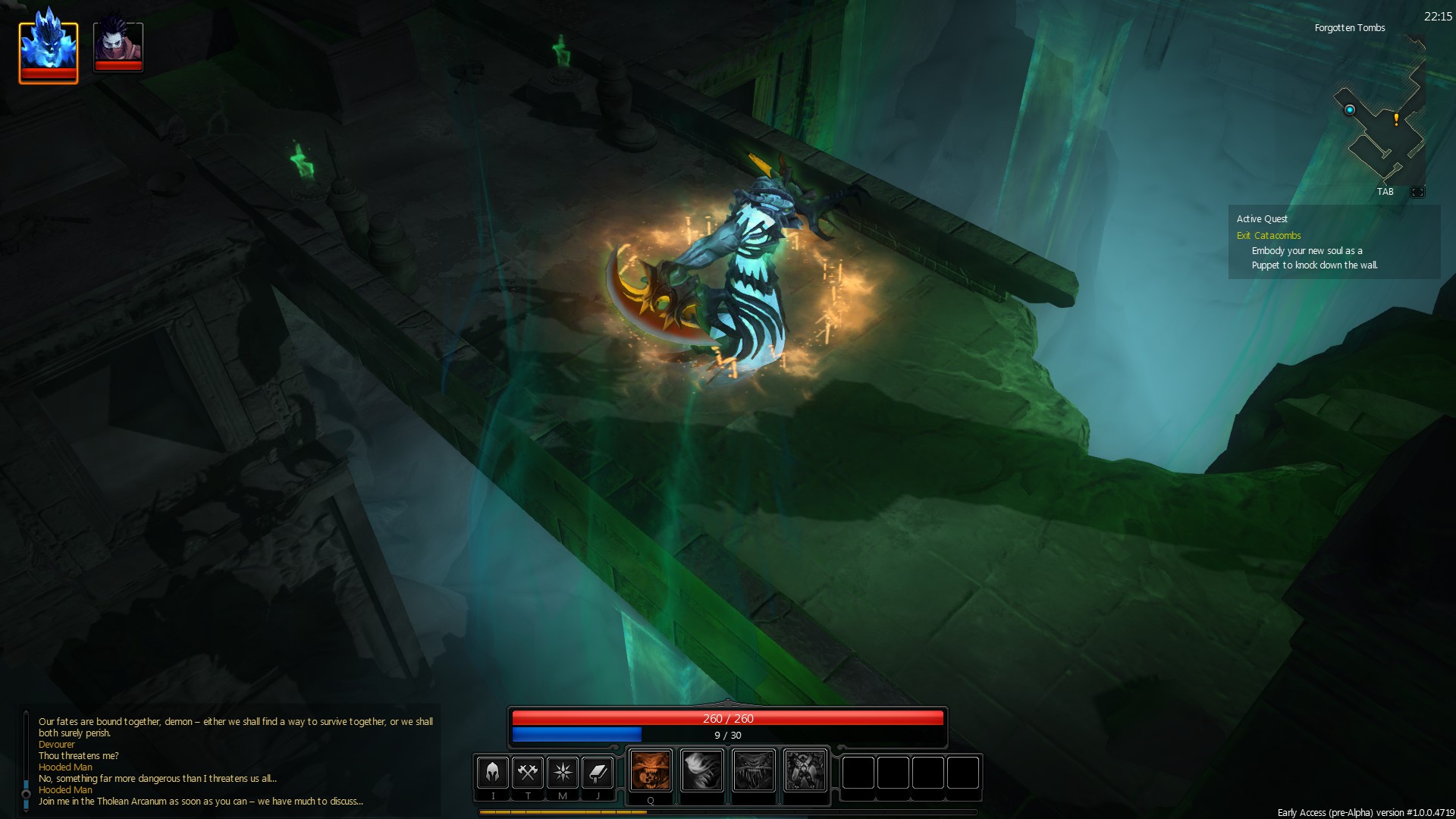 There is something quite satisfying about playing a game when it is in Early Access, you can quite readily identify things which need to be improved, some outright bugs and other aspects which provide a glimpse at what might be if the developers keep working on the game. Shadow: Heretic Kingdoms then is an action-RPG which shows potential, but at this early stage, has a bit to do to stand up with titles like Diablo III and Torchlight.

Perhaps the issue is that when you are faced with an action-RPG, you expect some of the genre staples to be in place…and they may very well appear further along during development, this is a ‘pre-Alpha’ release after all. The issue that I am skirting around is what happens on death…there isn’t an auto-save function at the moment and you don’t have an option to revive at the place you died or back at a camp. No, if you die you are sent back to the last point that you manually saved. In a world of Diablo III and, to give another perspective on things, Dark Souls II, having to fly all the way back to where you last saved feels criminal.

However, as I said, this is in Early Access and a lot might change between now and final release. There are some ideas that I quite like the idea of.

The party system looks fairly innovative, at least in concept. You start the game as a demon and are introduced to a world which seems to follow on from the first game in the series and after slaying a few ghostly spirits, you can choose a puppet to control. The three puppets on offer (only two are available in Early Access) follow the traditional structure of wizardy person, long range archer and up-close melee fighter.

I chose the archer, walked a few paces through a portal to the next area and was soon faced with an impossible gap to traverse. A quick switch to my demonic puppet-master and I was in a different version of the world where different paths were open to me.

Indeed, it isn’t just different paths which open up when you switch between the demon world and the human world. While taking a little trip through a very handsome and well crafted town as my demon, I happened across an NPC demon who offered me a quest to avenge her death at the hands of her husband.

While I couldn’t see this NPC when in my human form, it was only while walking in the human dimension that I was in a position to find her murderous husband and then…make a choice. I could let the murder go free, or hand him over to the town guards. There were a few other instances like this with small moral choices to make, though I haven’t identified any long-term impact these decisions make.

There are a few other aspects which cause me slight concern. Combat feels very slow, especially as the archer. I wouldn’t be too concerned with the archer taking quite some time to fire each arrow if there was a skill to dodge out of the way, but as it is, unless you have quite some room between yourself and the enemy, you can find yourself in a bit of bother.

One neat counter-point though, you don’t rely on health potions to restore life. Each enemy you kill fills your Souls meter, by pressing the space-bar, you will convert Souls into life.

The final niggle is that the UI is really under-developed. Everything from the inventory to the skill tree is a bit messy. But again, Early Access and all the caveats that come with that.

In its current state, I will say there is definitely potential for a very solid and enjoyable action-RPG, but I wouldn’t recommend casual players get involved with the Early Access just yet. If you played the first game or are a big fan of the genre, it might be worth taking a look, just don’t expect a finished product.

You can find Shadows: Heretic Kingdoms on Steam Early Access at £22.99