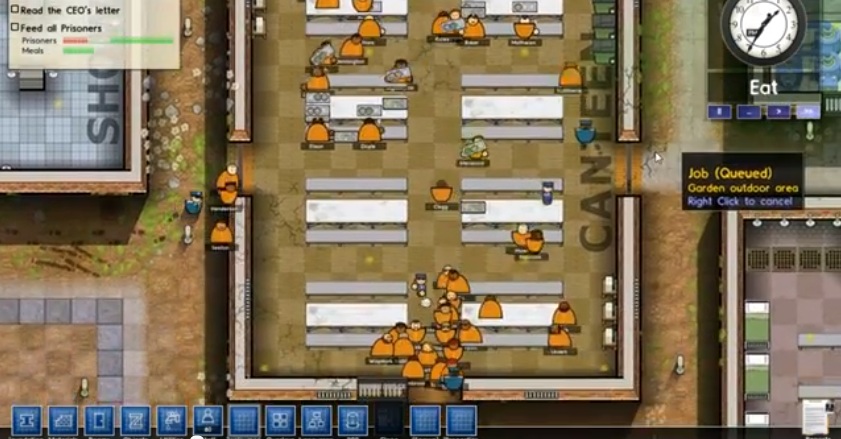 Introversion Software, poster children of British independent games until indie games exploded into the mainstream, have finally made their new game Prison Architect available, albeit in an alpha state. It is so alpha that they list Game Breaking Bugs as a feature. Take the jump for details and silly voices.

Prison Architect is a mixed up hodge-podge of such classics as Theme Hospital and Dwarf Fortress. You are the omnipresent architect (as the name implies) and manager of your very own prison, with abilities ranging from laying the pipework and powerlines to hiring and firing staff and directing the fire-crews as they put out blazes. Under your purview prisoners will eat, sleep and play. They will also, inevitably, riot. There is no fun in a task that is goes off without a hitch, right?

In order to support on-going development – Introversion has a long and publicly turbulent financial path – IV are offering up a set of purchasable reward tiers in the style of Kickstarter. Starting at $30, you get the alpha on Windows, Mac and Linux now and all future updates. Further tiers include your name and likeness on a prisoner or a warden and physical rewards including posters, T-shirts and art books.

Mark Morris and Chris Delay explain in this video: