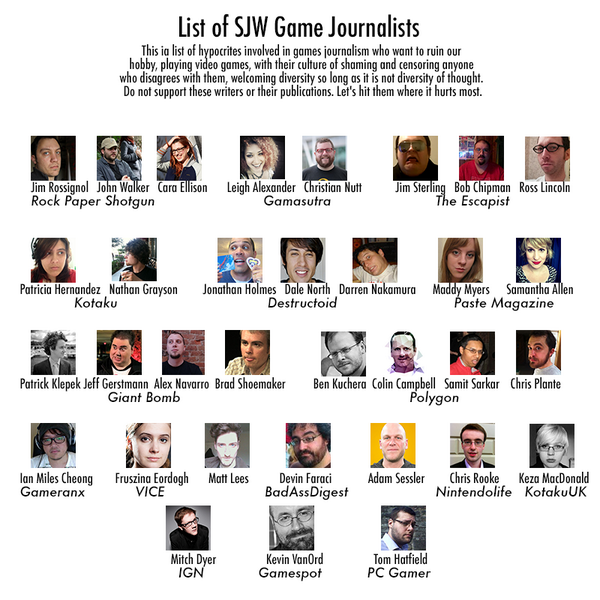 The ‘gaming community’ (if there even is one these days) has proven to contain dark groups of characters that like nothing better than to harass women and claim that there is a clique of games journalists trying to destroy their hobby by shining a light on issues…like the harassment of women. Things came to the fore a few weeks ago with the targeting of Zoe Quinn (this is a good summary of events) and more recently when Anita Sarkeesian left her home after threats were made against her (see the lowdown on The Verge). This come admist a bomb threat made about a flight Sony’s John Smedley (check that on BBC News) was on recently.

It all stinks and reveals that the gaming community has bigger problems than rumoured corruption in the games press (as Emma Woolley highlights). Leigh Alexander also makes some strong points over on Gamasutra

A fairly neutral news story on the Anita Sarkeesian situation on PCGamesN was ripped apart in the comments, so much so that normally friendly community saw the comments closed.

Amongst all this have been the cries about ‘Social Justice Warriors’ (see header image) “ruining our [as in gamer’s] hobby”. As a part time writer who runs a fairly inconsequential website in the grand scheme of things, I don’t have the time to write about the issues that I cited above as much as I wished. If I did, I wouldn’t doubt that some would brand me with SJW label. I’d say, bring it on. I fully applaud those in the games press who are bringing these issues of harassment to our attention.

Isn’t that what the media and press are there to do? To bring people’s attention to issues within different communities? If all we ever saw from gaming websites was news stories about the latest trailer for the next big AAA game or review for the latest entry in an ageing AAA franchise, we wouldn’t see any progress as a what should be a community of people who are interested in games.

It takes people like Leigh Alexander, John Walker, Nathan Grayson and others to let bring our attention to the darker elements of the gaming world. They shouldn’t have to, as there shouldn’t be issues where developers are being harassed and threatened, but sadly we live in a world where that happens. So I applaud them, and other members of the SJW for bringing these troubling stories to light.

Personally, I liken those who are rallying against the coverage of the dark side of gaming to those who call for the abolition of the European Convention on Human Rights. I mean, why would you argue against something which sets out our human rights in law?

I’ll stop before I get into a political debate, but I would like to make one last point. The British newspapers have many issues (just look at the phone hacking scandal), but they tend to be united on one thing. They all speak from the same voice with regards to racism in sport, and increasingly so when it comes to sexism in sport.

If the mainstream press can shine a light on the darker elements that exist in sport, why can’t we in the games press?

Go forth those labelled as Social Justice Warriors, I support you.

One thought on “Editorial – I applaud the SJW”