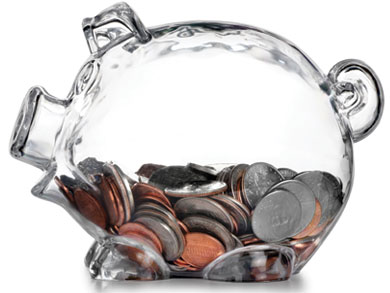 As we get ever closer to possible reveals of the next generation of consoles from Sony and Microsoft at E3 this Summer, musings about the future of the console market are bound to crop up here and there. The first sign of the changes to business of how we pay for consoles emerged yesterday with Microsoft launching a new bundle in the US where you get a 4GB 360 with Kinect for an initial fee of $99, with a two-year subscription to Xbox Live Gold at $14.99 a month. Hit the jump to see what might be in store for how we pay for the next gen.

Editor of VG24/7, Patrick Garratt wrote this excellent analysis of Microsoft’s decision. Patrick talks about how Microsoft’s new 360 deal might just pave the way for the next generation to follow suit adopting a similar business model to the one used in the mobile phone business.

As Patrick writes “A PS4 or Xbox 720. For free. On a contract. Day one. You walk out of the store and you haven’t handed over anything. You have, of course, spent $720 without batting an eyelid, but why on earth wouldn’t you sign up for this?”

It is a compelling argument, and would be a new business model that I would happily get behind, though I would be sceptical of it entirely replacing the current trend of lumping down one up front sum for a device. But when you consider that the consoles are often loss makers at launch I can see why manufacturers might want to look at other ways of generating steady revenue.

Personally, I wouldn’t have purchased a PS Vita at launch if it wasn’t with the help of some money given to me for my birthday, the initial outlay of over £200 for a handheld device is extremely daunting when you compare it to a phone bill which is much easier to plan your monthly spend around. Conversely, if the Vita was offered at the £50 price mark with a two year contract for the 3G version at £10-£20 a month, I would likely have gone for it without the extra money I was given.

The other possible change to the console business has been put forward today by PC Gamer Editor Tim Edwards on CVG where he argues that the world of free-to-play which has had so much success on the PC should be embraced by the console manufacturers and game developers.

Tim highlights the success of titles like League of Legends and Team Fortress 2 along with MMO Lord of the Rings: Online as examples of how the free-to-play market is booming. We might already be seeing the start of a transition towards free-to-play with the Call of Duty: Elite subscription system, it is not too difficult to imagine Call of Duty titles on the next generation of consoles being free to play, with revenue coming through subscribers to Elite while non-subscribers can pick and choose the pieces of DLC they buy.

EA’s financial report from last night revealed that amongst many positive results, income from digital downloads and microtransactions for FIFA 12 totalled $108 million for their Financial Year which ended March 31st. You can well imagine that the FIFA franchise could one day transition into a fully free-to-play model with the game being supported through Ultimate Team content and DLC such as the recently released EURO 2012 pack.

There is a lot of potential for the console industry to shake things up and change how we pay for our hardware and games when the next generation of machines are released. It might not happen as there is still the age old factor of traditional bricks and mortar retailing, but the signs are out there that change may happen.

One thought on “Editorial – The Future Of The Console Business”