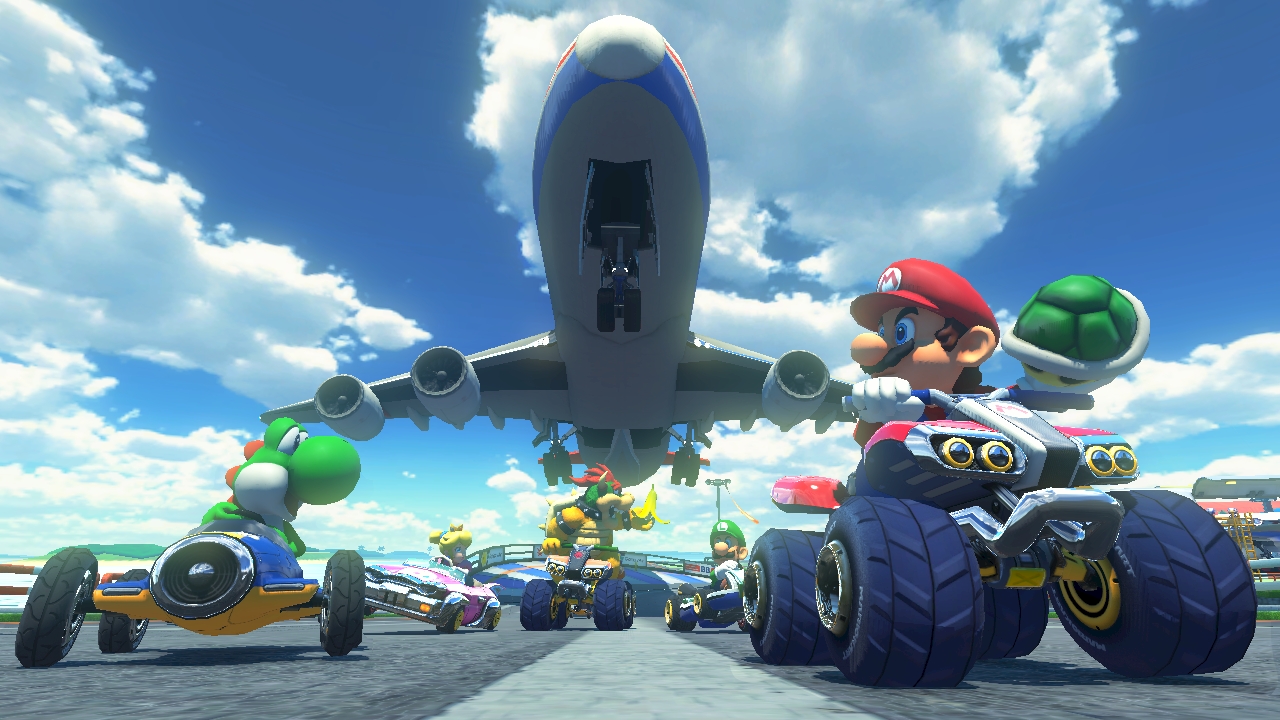 It has been a rough 18 months for Nintendo when it comes to the Wii U. Despite critical acclaim for titles like Super Mario 3D World and The Wonderful 101, sales of the machine have been more than sluggish with a user base that has stubbornly refused to grow. Some doom-mongers even feel that it will be the worst performing Nintendo machine since the GameCube. It certainly won’t be matching the dramatic highs of the Wii while the next-gen machines from Sony and Microsoft have enjoyed very successful launch periods.

Recent events show that all might not be lost for the Wii U, while it won’t ever see extraordinary sales figures, it might reach a respectable level. And of course, with E3 kicking off later today, Nintendo might pull something special out of the bag. Even if they don’t, I think we might see the Wii U establish itself a bit more this year.

Why do I find myself saying this? There are numerous reasons ranging from the impressive early sales figures for Mario Kart 8 to recent updates to the console operating system and E3 rumours and speculation. The opening weekend of Mario Kart 8 was extremely successful. Nintendo sent out a press release revealing that between Thursday 29th May and Sunday 1st June, 1.2 million copies of the game were sold across Europe, Japan and the Americas. President of Nintendo Europe Satoru Shibata said:

“Such positive early feedback for Mario Kart 8 reinforces the great gameplay experiences that Wii U currently offers. With Nintendo set to showcase its future releases at E3 next week, this is a great milestone going into the summer season.”

Such reaction from one of the big-wigs which shows how keen Nintendo are to push a positive reaction to early sales figures. Due to the low numbers of Wii U’s out in the wild, we are never going to see Mario Kart 8 reach the highs of 35.53 million sales of Mario Kart Wii and it might even struggle to reach the 6.88 million copies of the GameCube version.

One a local basis, we saw the racer reach number two in the UK charts coming in behind the multi-platform Watch_Dogs. That MCV report I linked to also states that Wii U hardware sales had jumped 666% week-on-week. If ever a game was to earn the title of system seller, I think Mario Kart 8 achieved it. Over in Japan, sales of the machine doubled to 19,031 beating out the PlayStation Vita and PlayStation 4, only coming in behind the 3DS.

The hardware and software of the Wii U Following the launch of Mario Kart, a software update was pushed out to Wii U owners. While I personally think that Nintendo should have released this before the racer was released, it provides further evidence that Nintendo are still working on improving the user experience.

While update 5.0.0E won’t be considered ground breaking by everyone, it adds some useful features such as a Quick Start option. When turning on the GamePad you can choose recently access software to boot straight into without going through the normal home screen. It might only save 20 seconds or so, but from a usability perspective, it is a step in the right direction. Other changes and additions were made to the notification system and the ability for updates to be installed while the machine is powered down.

The other bit of good news is the reveal of a GameCube adaptor for the Wii U. While there aren’t any solid details on when this might be released, it will probably be released as a tie-in with the upcoming Super Smash Bros. (another potential system seller?). If this leads to GameCube titles appearing on the Virtual Console? Well I think many people will rejoice if that happens. The Nintendo Digital Event at E3 will kick off at 17:00 on Tuesday June 10th. What will be revealed? There are lots of rumours going around, but there should be something about the new generation of Sonic games that are coming exclusively to Nintendo platforms.

Sonic Boom: Rise of Lyric, the Wii U title is going to be using the Cry Engine and will be the first title on the machine to use this game engine. I don’t know how the console will handle this high-tech engine, but it will be interesting to see it in action. In addition, we will undoubtedly see more of Super Smash Bros. ahead of the invitational tournament taking place at E3 which you will be able to see on the Nintendo TwitchTV channel.

We should also see something on Dynasty Warriors inspired Zelda title, Hyrule Warriors. While it is going to be a big diversion from the core of the series, I have to say it is a smart move from Nintendo to relinquish some control of the series so off-shoots like this can be developed.

Will there be details on a core Zelda game though? MCV thinks there might be a chance while a sneaky shot of the E3 show floor points towards a Mario Maker potentially being discussed.

It all starts to make for an exciting time to be a Nintendo fan. While they have been doing great work with the 3DS (and 2DS) for some time, the Wii U has been in need of some love and attention. The release of Mario Kart 8 might just have been the shot in the arm in the machine needed, while events this week at E3 might paint a rosy picture for the rest of the year. While Microsoft and Sony are consolidating ahead of strong 2015s, this is Nintendo’s chance to make up lost ground. I for one can’t wait.

2 thoughts on “Editor’s Blog – Nintendo Returning To Form With The Wii U?”