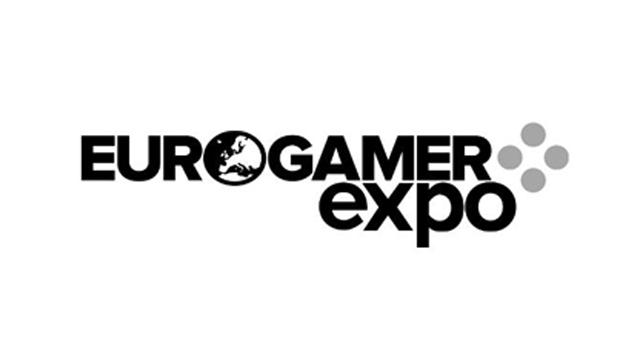 Welcome to my Day Two report from EGX. My Day started by catching up on Thursday Night Football where my Patriots smashed the Texans. I’ve got Madden 17 at home and have been thoroughly enjoying it. You’re not here for the NFL talk though, you want my EGX hot takes! Read on dear readers…

My first port of call was to Super Arcade Football, not an NFL game, but real football, or soccer for any Americans who are reading. This looks set to give Behold the Kickmen a run for my football affections this year. At the moment you can play with teams from the English Premier League, Italy’s Serie A and a few international teams. It’s fast paced when playing on default settings and there are three buttons to know about: switch player, pass and tackle, and finally, super slow-mo shooting.

There are different options available to add a wild twist to proceedings, in my second game there were no fouls (after I was red carded in my first game) or throw ins. The pitch was made of ice and meteorites were falling at random. It was fun, and will be a riot in local multiplayer, but I’m not sure of it has enough character for extended solo play. It is currently available on Steam Early Access.

My next stop was to Drive! Drive! Drive! an arcade racer, with a twist. Arcade racers appear in the indie section at EGX every year, but few offer anything radically different to typical genre hits like Mario Kart. However, Drive! goes in its own direction, with the key attraction being the focus on racing on multiple tracks at the same time. Pressing up and down on the d-pad moves you between tracks (I saw up to three at one time) seamlessly, with the AI controlling your other vehicles when you are on a different track.

You aren’t just focused on finishing first. You want to earn points during the race by smashing other cars, drifting which also increases your boost and landing jumps. Get enough points, and you earn a medal at the end of the race. All the tracks on show were made with the ingame track editor, and you will be able to make your own tracks to share with friends. If this falls through the cracks of public consciousness, I’ll be disappointed. Drive!is coming to Steam and PS4 later this year.

The next game I cam across on my journey around the indie section was The Turing Test which was released at the very end of August, and something that I’ve vaguely been aware of in the back of my mind for a while, without paying the warranted attention to it. There was a nifty demo on show, taking you through a number of puzzles, but without really going into any detail of the story. I normally struggle with logic puzzles, (you won’t believe how often I resorted to walkthroughs for Portal) but I found The Turing Test to lead you through the challenges in a suitable learning curve. The game is available on Steam right now. Following the logic tests, I spent a bit of time hanging around Mode 7 Games’ booth where they were showing off Tokyo 42 and Frozen Synapse 2, while hanging around and making a nuisance of myself, I bumped into one half of the Managing Director team, Paul Kilduff-Taylor. We had a natter and Paul mentioned that the grenade bug in Tokyo 42 I mentioned (which I thought was just me being me) yesterday was resolved. I jumped on the game again, and had so, so much fun. I plan to write more, and pose some questions to Paul and the team at a later date. For now, I’ll leave you with a few key words and phrases: Katana, mob bosses, gang hangouts, Enforcers, guns, bananas. I also had a quick blast with Frozen Synapse 2. Despite The Reticule having covered all things Frozen related from Mode 7 since Ben previewed the first game way back in 2010 (on the old site no less), I haven’t actually played any of them. I’ve finally put that grievous mistake to rest. The team were running a one level demo for EGX, and I had a lot of fun with planning my moves and seeing how they turned out against different foes. Definitely one to keep an eye on, and I think Jon might be a bit excited about it. My next target was the Sniper Elite 4 booth, one of the games I was disappointed now to have seen yesterday. There was a generous 30 minute demo on hand, and despite having to use a PS4 pad rather than my favoured keyboard and mouse, I was able to get to grips with things pretty quickly. I first dipped into the Sniper Elite series with the second game, which I thought was a good sniping game, but was rough around any other edges. I had a crack at the third game by which point the developers, Rebellion, were making strides towards creating a delightful open-world war game. First impressions of the new game, coming out February next year, are positive. It feels like Rebellion have learn from their previous games and have crafted a potential masterpiece. Will the systems hold up to scrutiny across a full game? I don’t know yet, but everything was pulling in the right direction in this demo, leaving me very happy. My final AAA game of the Expo was Battlefield 1. I was initially going to leave this one entirely this week, having been left entirely unimpressed with the game following the recent Open Beta. But when I was queuing for Titanfall 2 yesterday, I could see that EA were showing off a different map here. After a reasonable amount of queuing, I was able to get my hands on with the St. Quentin Scar map, and I started to feel like the game might do a reasonable job of representing both World War One and be a Battlefield game. As ever with the series, the map can make a hell of a lot of difference to how you perceive the game. Now, allow me to add something else to me ‘to-do’ list and write up some general thoughts on the game based on the Open Beta and this playtest.

In my quest to recover from the shooty-shooty-bang-bang exertions, I stumbled across something called JCB Pioneer Mars, which seems to be game sponsored by JCB to show off vehicles they would use if we were send humans to explore Mars. I couldn’t build up many further impressions as I continued The Reticule writers’ tradition (started by Ben) of crashing the game. Ooops.

My final port of call was to Political Animals, an election simulation strategy game from Squeak Wheel and being published by Positech Games. Unfortunately, Cliff Harris wasn’t at the show today, but I did get to give the game a whirl. I took Croccy as my chosen candidate that I would ultimately lead to a crushing defeat at the polls. There are lots of layers to the game, and I only scratched the surface of them, but the goal is to lead your candidate to election glory. By hook or by crook, this is your mission. one in which you have to mange your budget and your time wisely. I failed to raise enough money during the campaign, and so wasn’t able to organize political rallies, or cozy up to state big-wigs. It looks like a grand old fun time, with a gentle commentary of today’s political climate.

If there is one thing I have come away from the Expo this year thinking, it is that there are just so many games out there, both indie and AAA, that look set to be worth your money. It’s been a great couple of days, and there is now just so much that I want to write about. Coming to shows like this really stoke my passions for the industry, and for running The Reticule. Saying that, if anyone is interested in getting their hands dirty with writing about games before applying for the paid jobs, give me a shout – chris@thereticule.com