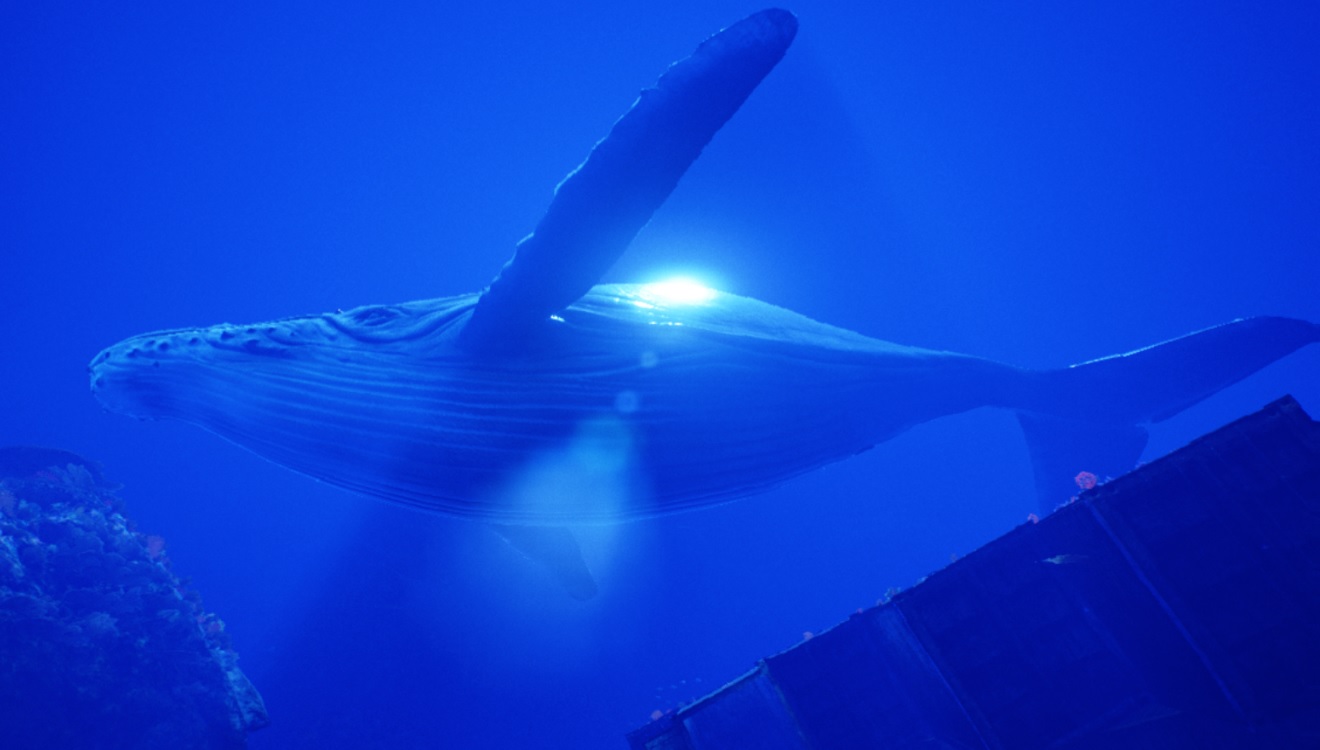 If you’ve read much of my work over the years, you’ll know that I’m a bit of a wimp when it comes to horror games. As such, it was with trepidation that I started up the preview build for Iron Fish the deep-sea thriller from Dean Edwards and Beefjack Create.

I should have known that something was going to happen, but I’d made my way through the early portions of the demo without any problems. I knew something was likely to happen, but until the end of the demo, nothing too troubling had occurred, apart from a shark attack or two. I should have remembered what I wrote about the game during EGX last year:

Next up was Iron Fish from Beefjack and Dean Edwards. This is an intense sub-sea exploration game with hints of something darker lurking under the depths. I might be seeing this again later during the show, but I’ll say this. I found a shipping container filled with floating body parts, a wrecked ship, and numerous sharks. Sharks who weren’t afraid to kill me.

The demo I played recently covered some of the same ground as the EGX one; I found the wrecked ship again, and the sharks. This time around, by the time I got to the ship, I had already found a few bodies near wrecked mini-submersibles and continued on my way. But I was carrying on, exploring the sea-bed and marvelling at my surroundings, letting my fears of impending danger slip away, while a sense of unease and a hidden menace lurked at the back of mind.

I’d fallen into the trap laid by the development team, as game director Sean Leach explained “We really want people to explore, we really want people to engage with the plot. We like to lull the player into a false sense of security. A lot of the game is something intense and we leave you on edge.” Sean’s concept was expanded on by the brains behind Iron Fish; game designer Dean Edwards tells me “We certainly do not want the only scary parts in Iron Fish to be jump scares… we have worked to make sure the unease is consistent throughout the game to create a proper horror experience.” The jump scare that appears at the end the demo worked, I nearly fell off my chair! I had fallen for Dean’s plan, and perfectly.

So @IronFishGame nearly gave me a heart attack!

I should rewind and avoid allowing my weakness with horror games overtake this preview. There’s a dark mystery at the heart of Iron Fish, one which looks set to involve elements of loss, regret and will raise questions of trust.

You are playing Cerys who is manning an advanced mini-submersible which can go 11 miles below the surface. You won’t be seeing any natural daylight in Iron Fish, everything takes place underwater. Cerys is working as an oceanographer for an elite British naval group, and is exploring the depths after other agents have gone missing, and reports of strange animal behaviour have emerged. From what I can tell in the demo, your only human contact is with a mysterious ‘Marshall’, someone who is fortunate enough to be on the surface.

There are other underwater games out there, but Iron Fish is taking a different approach to Subnautica’s survival world. I asked Dean why he decided to make an underwater game, with nature documentaries have a large influence on him; “I enjoy all types of nature documentaries but I have always been particularly fascinated by marine life. I am also a big fan of horror, particularly from games, films and TV shows – So Iron Fish definitely contains a good mix of my personal interests.”

You can explore the depths in your submersible, which while prone to taking damage if you aren’t careful with your manoeuvres, offers you an escape from prowling sharks and acts as your underwater home. When your scuba tanks need a refill, the sub is always there, and it also has a nice radar indicating where your next objective is. A mini jetski is available, but I found the controls too twitchy for my liking in the demo and I crashed it a few times…even into a shark.

Keeping an eye on your oxygen is going to be an essential part of the game. Towards the end of the demo, I came upon a puzzle which reset whenever you came away from it. I had to refill my air at the mini-sub a couple of times while I tried to solve the puzzle. I resorted to Google to get a clue for how to solve the type of puzzle I was facing. If I had taken a bit more time to absorb the various diaries and logs I had picked up along the way, I would have solved it in double-quick time. Sean explains that the puzzles are “a big part of the overall adventure experience, learning about the world and exploring. There’s definitely a healthy amount of puzzles in each level.”

Dean promises me that sharks aren’t the only foes you will see, but his comments leave me wondering what other monstrosities he has thought up, “sharks are certainly not the only creatures you will face! There are plenty of others, some are very recognisable and some, not so much.” The sharks are pretty formidable when you first see them, and Sean told me a bit more about them; “We spent a lot of time researching underwater creatures and made a point to tie in a lot of realism; sharks circling, open water and their desire to attack you from behind.”

I’m sure that come release on 12th September, there will be a lot more than sharks for me to be wary of, especially based on what you spot in the release date announcement trailer. Am I now afraid to go back in the sea and explore the world of Iron Fish? Yes I am, but after playing the demo, I’m also very much intrigued in how the story unfolds.