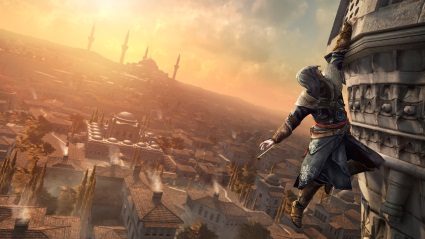 Everyone’s favourite assassin, Ezio has unfinished business with the Assassin’s Creed series and will be making a return this November in what promises to be the end of his storyline in Ubisoft’s hit series. Assassin’s Creed Revelations is due for release on the 360, PS3 and apparently the PC all at the same time later this year.

Revelations will take Ezio to Constantinople in the Ottoman Empire where he will more than likely have to deal with a series of Templar plots and mysteries. According to the press release “The latest chapter in the Assassin’s Creed saga also includes revolutionary gameplay, allowing players to manipulate the construct of Desmond’s memories and the Animus to decipher the mysteries of his past and gain insight into the future.” It doesn’t really tell us much, but I hope that this ability to manipulate what the Aminus tells you is more than just a cheap tacked on feature.

I have been a big fan of the Assassin’s Creed series since I first played the second game in the series and I thought that Brotherhood was a magnificent title which fully realised the potential that was locked up in the first two games. Part of me is wary that Ubisoft may start to unwittingly turn the series into a lazily designed cash cow. I am sure that they have more sense than that, and that Revelations won’t simply feature a bunch of recycled features and pointless new ideas. We will receive more details at this years E3 where I expect we will learn a lot more about what will make Revelations stand out from the greatness that is Brotherhood.