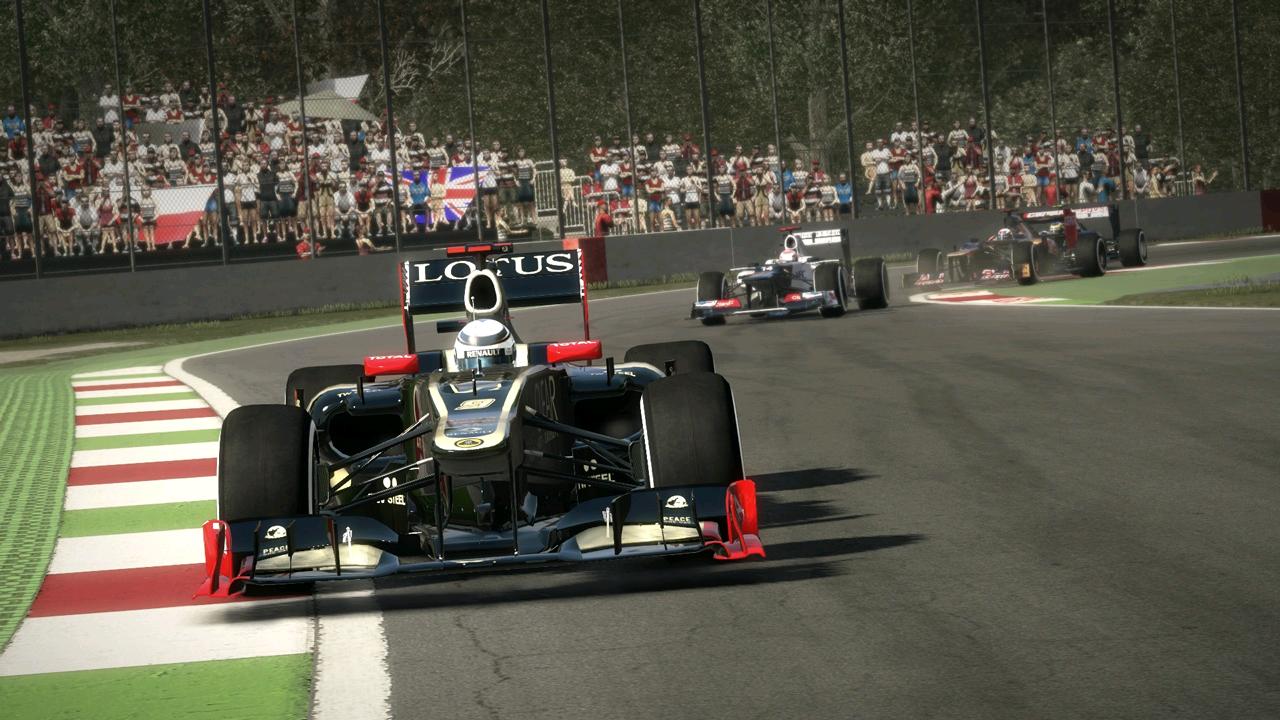 Being a fan of Formula One and wanting to play a F1 game are two entirely different things. In my opinion the games that I have seen in the past haven’t delivered the excitement and tension I get when watching the races on TV, and don’t convey the same feel of complete precision and total control that the drivers have over their extremely powerful cars. That is until now. I’ve been following all the press releases and developer diaries from Codemasters game this year with a close eye and they seem to have been making all the right changes. Introducing some great new features such as the Young Driver Test that feature in the real F1 world, brings a new sense of realism and for the first time an eagerness to play a F1 game. The following is my first impressions after playing today’s demo release from Codemasters F1 2012.

After first setting up your character the demo puts you in a MacLaren car ready for the Young Driver Test in Abu Dhabi. The YDT goes through all the basics of controlling the car, things like cornering, acceleration, breaking and how to use features like KERS and DRS. You can also free drive round the whole track in wet or dry conditions to test different settings. The full YDT is not available in the demo as the whole second day of the test is missed out. During the second day you can expect more performance testing, learning about tyre conservation, systems tests and wet weather tests.

The YDT seems like a good way to ease in anyone who hasn’t played any F1 games before like myself, but could become a little grating for any veterans of the series or anyone who already knows a lot about F1. The videos provided during the test are informative but actually getting out and trying it all is where the real fun is and makes the video sections seem a bit pointless. Simple things like being able to drive your car out the pit lane and into the starting position would make the experience all that more realistic, and while you can view this if you choose, you are unable to control the car until out on the track proper.

Moving onto the second part of the demo and I’m now placed in the Williams team for qualification in Monza. There is a lot of useful information in the build up to the qualifying and race itself which I like a lot, adding to the build up of your qualifying lap and the race itself. You can receive mail from your team about your performance and any goals they might have for you in the race ahead, view weather conditions, and watch a Hot Lap video with commentary. The Hot Lap videos are a very good idea that are unfortunately not delivered in the best of ways. A lot of information is thrown your way in just a few minutes and there is no way to pause or rewind the video to take another look. It would also be nice if the video could be viewed in full screen instead of half screen with the track layout in the other half, a mini map on a full screen would be much more effective.

Car tuning and customizations are something that have been restricted for the demo but look to be very in-depth if they are all available in the main game. Before a race you can alter all kinds of aspects of the car such as front and rear wing aerodynamics, suspension height, tyre selection, gear changes and how much fuel you have on board at any one time. You also have all the usual driving assist options such as ABS, manual or auto gear changes and breaking assists. Interestingly you can also choose a rival driver for the season allowing you to set your own goals of beating the driver in a race and in the season as a whole.

Once setting my fastest lap and placing second on the grid (must have been beginners luck), it was time for the real race. For the purposes of the demo you play in Season Mode which is a shortened version of the full career mode. The season is ten races long and only five laps per race. It started off well, handling was a little unstable as I was using a controller and so hitting the perfect apex and sticking to the race line was a little tricky but quickly getting used to how KERS and DRS worked gave me a valuable advantage and I pulled in front in my first lap. Pulling ahead of the pack by a few seconds I was starting to get a bit ahead of myself and pushed my speed too much, making a few mistakes. Luckily the Flashback feature allows you to rewind the race a certain distance before your mistake and let you try again. This may seem like cheating but fortunately you can only do this four times a race and I found myself having used all four Flashbacks by the time I was on the fourth lap.

With just over one lap to go I messed up again and found myself in the gravel with no way of altering my mistake. Pushing back onto the track it got even worse as I almost caused a collision with Vettel and was awarded a time penalty. Now back in sixth place I pushed my KERS and refocused for the final stretch. Gaining one place during this lap I noticed that not having any music or much team chat over the radios was a little strange. The noise of the engines and the odd screech of tires was all that was audible and realistic as this may be, over the course of forty or fifty laps of a full race this could become very tiresome. I finished the race in fifth place but was pushed to twenty-first due to my time penalties.

Racing without a proper steering wheel is the biggest grumble about the racing control. The various customisations I could make to the handling and assists helped but ultimately this would be a totally different game when played with a wheel which I don’t have. The game immersion is really good giving you lots of information in the build up to the race and allowing you to adjust accordingly. As I mentioned before this could be improved by small things like allowing you to control your car when leaving the pit and lining up for the race start or being apart of the pre race interviews that you see on the BBC. The menus and overall layout is clean and well explained and made making any adjustments easy. Equally if you’re not fussed with all the pre race waiting around and just want to get out there you could set the game to easy and use quick set up options.

The F1 2012 demo was played on the Xbox 360 and is available to PC and PS3 owners over the next couple of days. The full game release will be on September 21st in Europe.