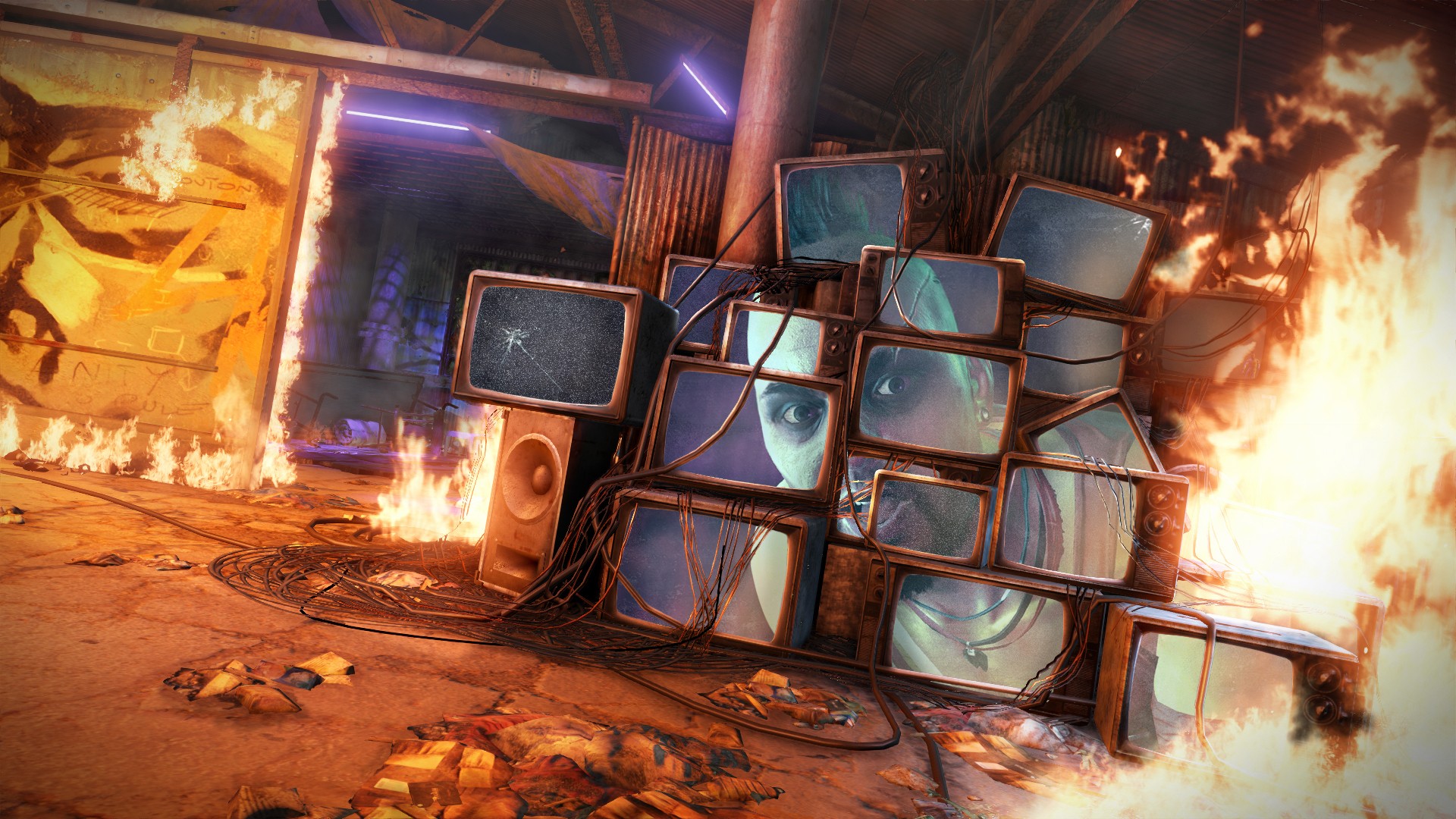 Beginning a demo with a cut-scene of a half naked woman is a risky manoeuvre. It can put people off the game instantly, making people think that it is shallow, attention seeking and even misogynistic. Yet this is how the demo to Far Cry 3 opened, a game which could possibly be the most intelligent and abstract FPSs of the past few years.

The demo was available to play at Rezzed where I got a hands-on preview. The first thing that was noticeable was how beautiful the game looked running on a high-end PC. After the opening cut-scene the demo started out in a thicket of jungle, every leaf on every tree stunningly rendered. A path led to a cliff overlooking the island and the pristine blue sea that surrounded it, showing off the game’s impressive draw distance. On a dock on the island a man was casually tipping corpses into the sea.

After a dive into the lagoon and a brief swim the game really began. The jungle’s thick foliage and the default weapon, the bow and arrow, made stealth the most obvious tactic. Picking off enemies with the bow gave a satisfying sense of power. The tension of being seen while drawing back the string countered by the elation of an enemy dropping to the ground, bolt protruding from his body.

This feeling was somewhat lessened though by the relatively quick drawback speed of the bow and its one hit kill effectiveness, regardless of where you shoot an enemy. However, it’s possible that both these issues were due to the difficulty settings of the demo.

Stealth tactics then had to give way to force as an assault on a heavily armed compound became the main objective. Entering the first building of the compound turned out to be a trap set by the game’s villain Vaas. The building set alight and crumbled while Vaas looked on demoniacally from multiple TV screens. Shadows cast on the walls from the flames and messages left in fluorescent paint by Vaas gave the scene an almost hallucinogenic atmosphere.

Escaping the building led only to a plaza filled with enemies. Here the bow and arrow, which had felt imperious during the earlier section of the demo, was ineffective. Its lethality could not compensate for its lack of speed and enemies quickly moved into flanking positions. Switching to a machine gun proved a better option. The gun had a much weightier feel, efficiently suppressing enemies and eliminating those that broke cover. However, an overzealous auto-aim made making headshots a frustratingly affair as the aim snapped instantly to enemy torsos.

After a brief firefight things turned literal with the appearance of a flamethrower wielding enemy. The fire that was so emblematic of Far Cry 2 didn’t disappoint as swathes of grass burned up under the pyromaniac’s attention. Other enemies caught alight as the fire spread across the ground. The pyromaniac had thick armour that soaked up bullets. Both arrows and bullets bounced off with seemingly little impact. In the end the madness was ended with a well placed bullet into an explosive canister.

The madness of the firefight that is, because insanity is a core theme of Far Cry 3, and this was demonstrated throughout the demo. Sadly, it was the same gameplay on display at E3. As such it’s still to be seen whether Ubisoft Montreal can keep the insanity element so intriguing throughout the game and if they can make Vaas and Citra into complex and meaningful antagonists. If they can manage this, then Far Cry 3 may be the most abstract, interesting and insane triple-A game of the past few years.