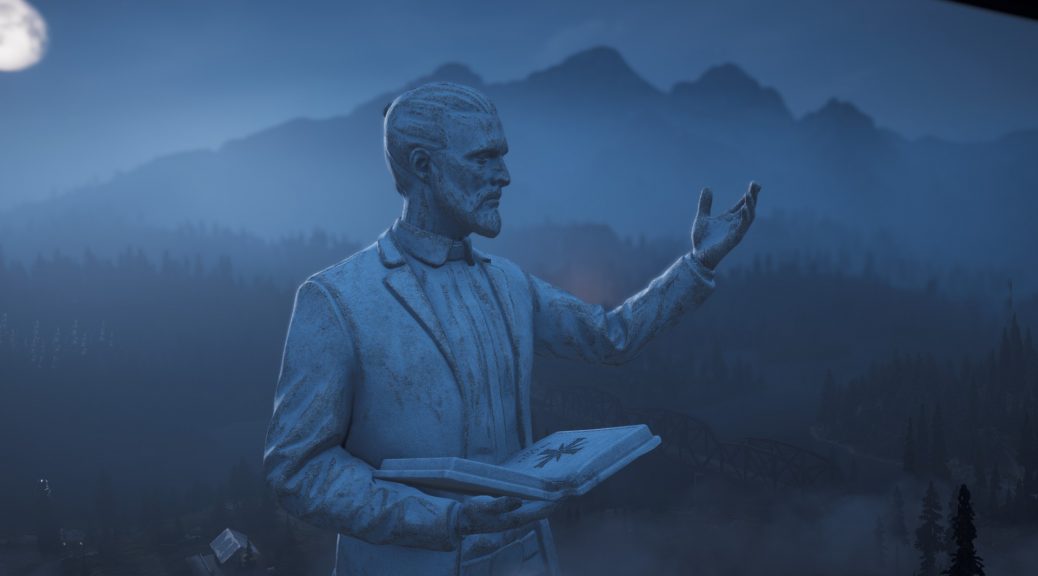 Steam tells me that I’ve played Far Cry 5 for fifteen minutes, yet I’ve already finished the game! What is this madness?!

I’m sure anyone who is interested in Far Cry 5 has seen elsewhere the *cough* shocking news that the game can be completed in such a short space of time. But Ubisoft have done this trick before, in Far Cry 4, if you sat around Pagan Min’s dinner table for a short while, he would give you the keys to his kingdom.

I’ve been through this before with Far Cry, a great series that hasn’t fundamentally changed much over the years. We’ll ignore the first game of course, but since Far Cry 2, they’ve all been open-world shooters with a big-bad to take down. As Vaas says in what is still my favourite entry in the series; “insanity is doing the exact same fucking thing over and over again, expecting shit to change”.

So, with that to ponder, and Far Cry 5 complete, according to one of its endings at least, I think I’ll travel back in time 2000 odd years and get back to exploring the wonders of Egypt in Assassin’s Creed: Origins.