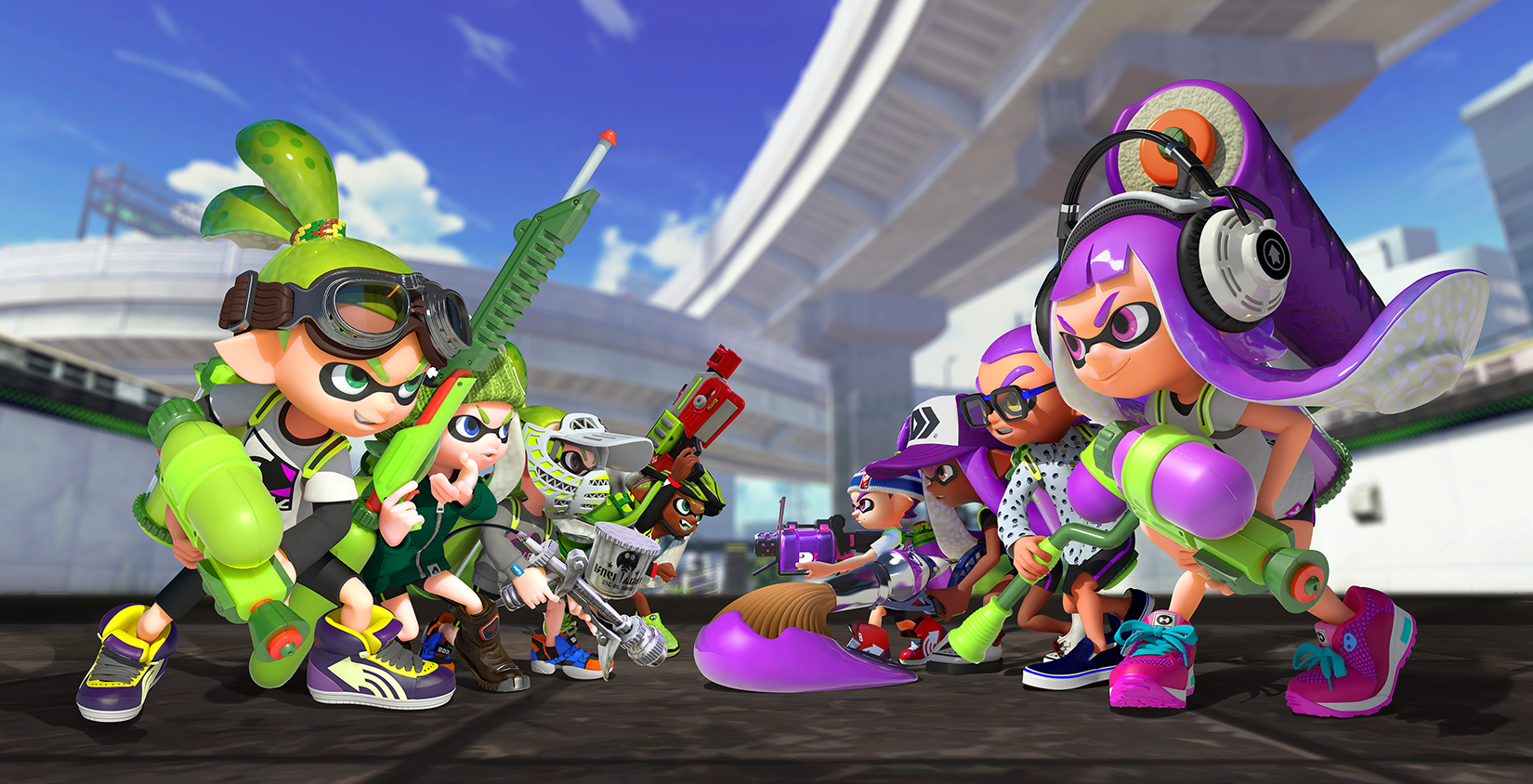 I picked up Splatoon on launch weekend, and I’ve been coming back to it for a quick blast of inky action most days since then. It is a very well crafted game, not a surprise as it comes from the Nintendo EAD team that created the Wii’s major hit, Wii Sports, and one of the few Wii U titles to really make use of the GamePad, Nintendo Land.

It really is a wonderful slice of new IP from one of Nintendo’s best internal teams, but there are a few things I wouldn’t mind seeing from it. I don’t normally write lists like this, but here we go… I quite like how the multiplayer in Splatoon has been crafted with only a limited number of stages in the map rotation at any one time. It means people can get a decent feel for each of the maps they will experience in any one play session, certainly a good thing when there are no pre-arranged teams or voice chat. The trouble is that if you are settling in for a lengthy session, you will soon be yearning for a variety in your fields of battle.

I’m undecided on the best way for this issue to be resolved but I find myself focusing in on two thoughts: add one more map to the rotation or shorten the rotation cycles down – maybe 30 minutes would help. With each game taking three minutes, there should be time for 7-8 games on a map cycle when you take into account the time taken to refresh the lobby. They’re just two off-the-cuff ideas, but I really think this is one of the simpler changes that could be made without breaking the ethos of the stage rotation. Chasing the number of teams in a battle would be a big change for a game which has so far proudly stood on its own two feet as a 4-on-4 paint-battler. To add in more teams would be a drastic change and would require a whole new range of maps to be created. But I like the thought of adding in some different colour paints to the mix, even if only for the visual effect it would have on the arenas. I don’t know what colours Nintendo could add in if they went down this route, I would say that they would have to be careful to ensure they didn’t cause any problems for those (like me) who suffer with colour-blindness. I don’t really imagine Nintendo will introduce a deathmatch (or more accurately, team deathmatch) but you can consider this to be a place-holder comment for new gamemodes in general. I know the kind folks at Nintendo have already released the Ranked Battles update which included a King of the Hill style mode, but I wouldn’t mind seeing something like the Rush modes seen in Battlefield. It would just be a case that rather than blowing up an m-com station, you would capture a zone with paint before moving on to the next one. Or simpler yet, a Conquest style mode.

Word is that a big update is coming in August to complement the new maps and weapons that are being drip-fed into the game on a weekly basis at the moment. What this update brings will be interesting, but I can fully imagine a new game mode appearing at the end of the summer. I love the idea of the Amiibo (Amiibi for the plural?) and I’ve got a couple sitting on my desk right now. The only trouble is that Nintendo can’t seem to make them fast enough, and from all accounts the Amiibo for Splatoon are amongst the rarest. It didn’t help that one of GAME’s shipments was stolen, but you know there are issues with availability when retailers are artificially raising their price.

That’s all by the by though when you consider that Splatoon is one of the few games where the Amiibo make a real addition to the game. At the moment the Inkling figurines are the only method of gaining access to additional singleplayer challenge maps which reward you with new in-game gear. On one hand it is a great use of Amiibo, but thanks to their scarcity it all feels a bit unfair. The last thing I want to see change is perhaps evidence of Nintendo’s inexperience when it comes to multiplayer games. I for one don’t mind the lack of voice chat in-game, I think it more than adds to the family and children friendly atmosphere. What I would like to see though is the chance to change equipment between matches. You are sent back to the lobby regardless, so I don’t quite understand why you can’t play around with equipment you already own at this point. Again, it might all be part of Nintendo’s drive to make the game as quick and easy to pick up and play as possible, but this (relatively) small change would make the day-to-day gameplay more satisfying.