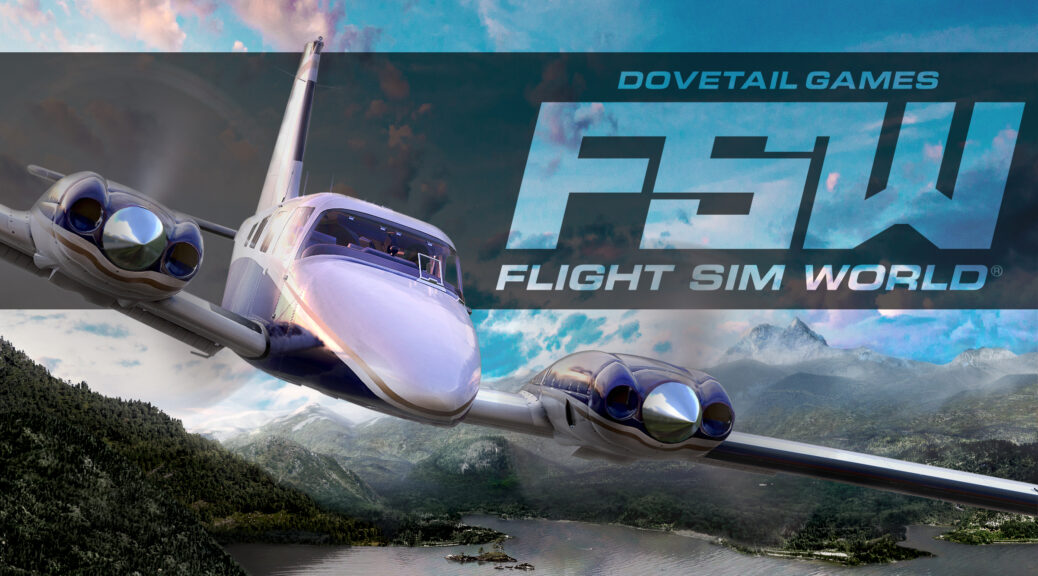 It’s been a while coming, but Dovetail Games have finally revealed the first details about Flight Sim World which will be landing on Steam Early Access in the coming weeks. While it was originally due to be known as Dovetail Games Flight Simulator and releasing last year, Dovetail have clearly been busy behind the scenes working to ensure the new title is ready to meet the high expectations of fans.

While I enjoyed last year’s teaser of Dovetail Games Flight School, it was clearly just a warm up exercise for Flight Sim World, and I am expecting bigger and better things.

Executive Producer Stephen Hood had the following to say:

The time has come for a new flight simulator which really focuses on the physical quality of the aircraft and a flight model which brings them to life. After doing some intensive work on the game engine – such as providing a much-needed 64 bit element – we now have a flight simulation platform which will allow us and our partners to focus on creating new and exciting ways for simmers to benefit from these advances. New features and expansions to Flight Sim World will be rolled out as part of the Early Access program and beyond, reinforcing our absolute commitment to the hobby.

Dovetail will also plug into the ever active third-part development world that exists around simulations like this, and will be allowing high quality add-on developers and publishers to make available excellent additional content such as aircraft, airports, missions, and scenery. I imagine there will be plenty going on in the base game for more casual fliers, with a Flight Planner that will let you fly around the globe while controlling the weather, time of day and even adding in random events to mix things up a bit. The base game will also come with the same Pro Mission Editor, as used by Dovetail, which allows players to create more complex missions.

The teaser trailer also gives a sneak peak at the menu, showing off a training mode along with some pre-loaded missions to undertake. For more information, head over to the official site.